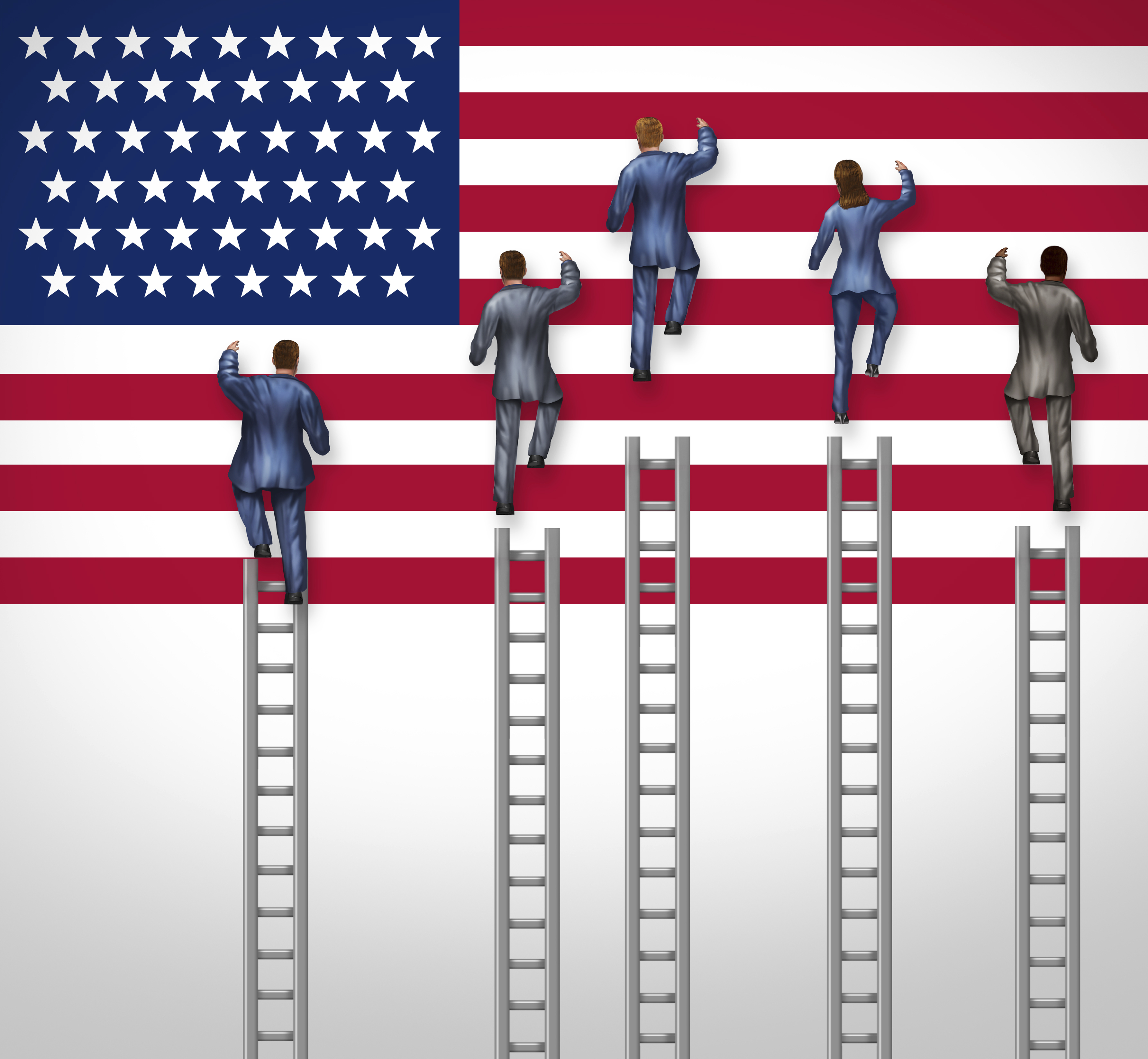 A new Washington Post-ABC News poll finds 44% of Americans approve of President Trump’s overall job performance, up a slight 5 percentage points from April and 2 points better than his peak early in his presidency.

Still, 53% disapprove, keeping him at majority disapproval continuously for his first two and a half years in office, a record for any president in modern polling.

In general election matchups among all adults Joe Biden leads Trump by 14 points. But that narrows among the other four Democrats tested against Trump in this poll – an 8-point lead for Kamala Harris, a slight 7 points for Elizabeth Warren, 6 for Bernie Sanders and 4 for Pete Buttigieg.

Washington Post: “It might as well be Joe Biden’s campaign slogan. It’s a phrase he loves to use, one that channels indignation, a bit of an eye roll and a decent dose of macho bravado. C’mon, man! There are many Bidenisms, which have become a running joke among those who follow him closely. ‘Folks!’ is the word that starts most sentences and ‘not a joke!’ is the phrase that ends them. He’ll pull out ‘my word as a Biden’ and ‘God love ’em,’ and he almost literally uses ‘literally’ more than most other words.”

“‘Here’s the deal,’ he says to emphasize a point. ‘The fact of the matter is,’ is the way he starts another. ‘Look!’ he often shouts, urging his audience to see things the way he does.”

“But if those are verbal tics, ‘c’mon, man’ represents more in this campaign, imbuing a candidate who can meander rhetorically in sometimes pointless directions with a pithy sense of frustration and urgency.”

“Joe Biden let slip that his campaign was collecting dirt on his rivals for the 2020 Democratic presidential nomination,” the Washington Examinerreports.

Said Biden: “I mean, I get all this information about other people’s pasts, and what they’ve done and not done. And you know, I’m just not going to go there. If we keep doing that — I mean, we should be debating what we do from here.”

Said Love: “There isn’t anyone that I believe can win right now.”

New York Times: “Neither woman is yet in a position to take control of the race. Mr. Biden and Mr. Sanders retain considerable advantages, most notably the backing they enjoy among working-class voters and their significant financial reserves. Mr. Biden, 76, is still the clear front-runner, and both he and Mr. Sanders, 77, are not likely to see their support simply melt away.

“But recent polls, and interviews with voters in the early primary and caucus states over the last week, found that Ms. Harris and Ms. Warren had plainly broken through, drawing on a deep hunger within the Democratic electorate for big ideas and groundbreaking female leadership.”

Sen. Kamala Harris “unveiled a $100 billion plan to invest in black homeownership — a proposal the 2020 presidential candidate said that, if elected, would set in motion her broader plan to tackle the US racial wealth gap,” CNN reports.

Said Harris: “So we must right the wrong and — after generations of discrimination — give black families a real shot at homeownership — historically one of the most powerful drivers of wealth.”

— Sen. Kamala Harris (D-CA), quoted by the Associated Press, on being the target of smears about her citizenship and ethnicity, including by one of President Trump’s sons.