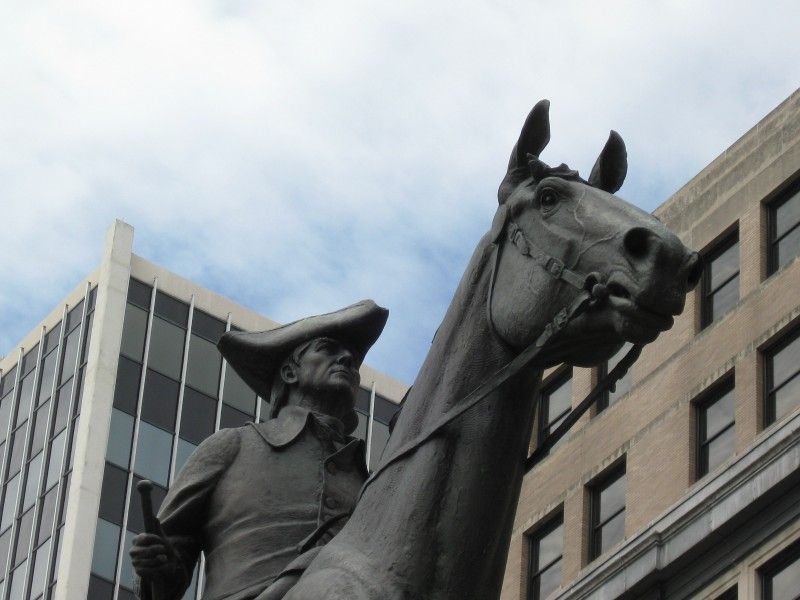 On July 1, 1776, Caesar Rodney got word from Thomas McKean’s messenger that Delaware’s delegates were deadlocked in their vote for independence. Despite being very sick, Rodney hurried from his home outside of Dover and rode overnight, mainly on horseback. He arrived in Philadelphia on the morning of July 2, just in time for voting. Rodney voted for independence, swinging Delaware in the same direction, and preserving a unanimous vote between the colonies for independence. A statue in Rodney Square in Wilmington commemorates this event.

Happy Fourth of July! Happy Independence! We celebrate our past on this day, our freedom, and not some insecure fascist authoritarian currently occupying the White House.

0 comments on “But for Delaware, there would be no America”