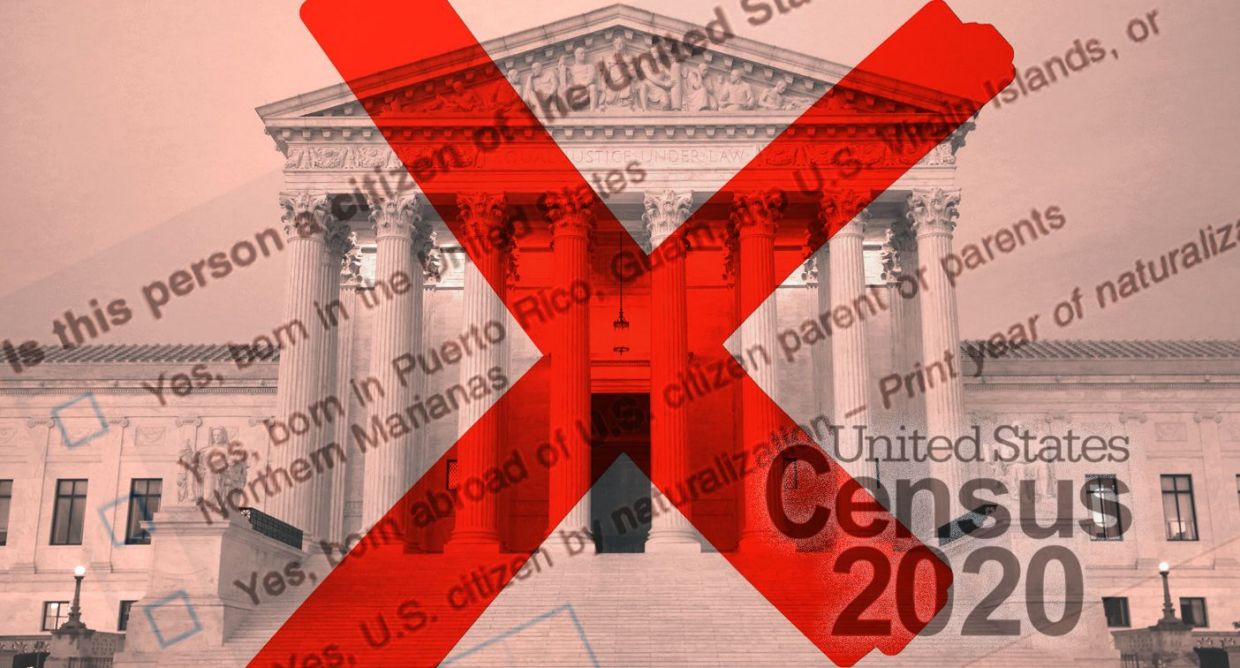 “The Trump administration said Tuesday that it would be printing forms for the 2020 census without a question asking about citizenship, abandoning its quest to add the query after being blocked last week by the Supreme Court,” the New York Times reports.

“The decision is a victory for critics who said the question was part of an administration effort to skew the census results in favor of Republicans.”

Kevin Drum: “It seems like we don’t get good news very often these days. It’s nice to finally hear some.”

The Trump administration’s “grotesque and dehumanizing” treatment of migrants will get a hearing from the House Oversight Committee next week. Committee Chair Elijah Cummings has let acting Homeland Security Secretary Kevin McAleenan and acting Customs and Border Protection Commissioner Mark Morgan know that he wants to hear from them on July 12.

“There seems to be open contempt for the rule of law and for basic human decency. The committee needs to hear directly from the heads of these agencies as soon as possible in light of the almost daily reports of abuse and defiance,” Cummings said Tuesday. The question now is whether McAleenan and Morgan will show up, or whether this will turn into yet another episode of Trump administration stonewalling.

“The awarding of tickets to GOP supporters… has exacerbated tensions between the Trump administration and lawmakers who have been pressing for a full accounting from federal agencies. The White House has also provided a select number of tickets to top staffers at federal agencies, who are free to distribute them as they would like.”

“President Trump entered his meeting with President Xi Jinping over the weekend promising to take a tough approach on trade negotiations and pressure his Chinese counterpart into a sweeping deal,” the Washington Post reports.

“But the meeting did not produce an agreement — and Trump’s stance seemed to only soften as he announced he was relaxing limits on Chinese telecommunications giant Huawei and delaying new tariffs on Chinese goods in hopes of restarting trade talks with Beijing.”

“Trump’s meetings with Xi and other leaders at the Group of 20 economic summit suggest that despite his promise to use negotiating savvy and personal relationships to extract concessions from rivals or uncooperative allies, he often leaves one-on-one sessions with fellow world leaders without firm agreements in hand.”

New York Times: “Some officials are considering a freeze as a first step toward a more comprehensive agreement for Mr. Kim to give up his entire nuclear program. National security adviser John Bolton has long insisted that the North Koreans dismantle their nuclear program and give up their entire arsenal of warheads before getting any rewards.”

“Mr. Bolton and Secretary of State Mike Pompeo had both urged the president to settle for nothing less than a grand deal, but Mr. Pompeo now appears open to considering a gradual approach.”

“Robert Mueller will appear grudgingly before House committees this month, but the former special prosecutor’s testimony is the best chance Democrats have to revive their stymied probes of President Donald Trump,” Bloomberg reports.

“Speaker Nancy Pelosi’s resistance to a politically risky impeachment inquiry leaves six committees pursuing Trump-related inquiries without a clear mission. And a White House order that current and former officials refuse to testify, or limit their testimony, has deprived Democrats of big-name witnesses.”

“So House Democrats are banking on the made-for-TV spectacle of Mueller testifying on July 17 at a morning session of the Judiciary Committee and an afternoon meeting of the Intelligence Committee.”

“House Democrats are filing a lawsuit on Tuesday against the Trump administration seeking access to President Trump’s tax returns,” the Washington Post reports.

New York Times: “The outcome is likely to determine whether financial information that Mr. Trump — breaking with longstanding tradition — has kept closely guarded as a candidate and as president will be viewed by Congress and, ultimately, by the public.”

“Members of a secret Facebook group for current and former Border Patrol agents joked about the deaths of migrants, discussed throwing burritos at Latino members of Congress visiting a detention facility in Texas on Monday and posted a vulgar illustration depicting Rep. Alexandria Ocasio-Cortez engaged in oral sex with a detained migrant,” ProPublica reports.

“In one exchange, group members responded with indifference and wisecracks to the post of a news story about a 16-year-old Guatemalan migrant who died in May while in custody at a Border Patrol station in Weslaco, Texas. One member posted a GIF of Elmo with the quote, ‘Oh well.’ Another responded with an image and the words ‘If he dies, he dies.’”

James Hohmann: “Something is rotten in the Border Patrol, but is it a few bad apples or has a fungal disease infected the whole orchard?”

“In the biggest blow he’s dealt to the renewable energy industry yet, President Trump decided on Monday to slap tariffs on imported solar panels,” Time reports.

“The U.S. will impose duties of as much as 30 percent on solar equipment made abroad, a move that threatens to handicap a $28 billion industry that relies on parts made abroad for 80 percent of its supply.”

Paul Krugman: “I’ve been reading a recent Rockefeller Institute report on states’ federal ‘balance of payments’ — the difference for each state between what the federal government spends in that state and what it gets back in revenue.”

“The pattern is familiar: Richer states subsidize poorer states. And the reasons are clear: Rich states pay much more per person in federal taxes, while actually getting a bit less in federal spending, because Medicaid and other ‘means-tested’ programs go disproportionately to those with low incomes. But the magnitudes are startling.”

“Take the case of Kentucky. In 2017, the state received $40 billion more from the federal government than it paid in taxes. That’s about one-fifth of the state’s G.D.P.; if Kentucky were a country, we’d say that it was receiving foreign aid on an almost inconceivable scale.”

Dallas Morning News: “Texas has passed a new law that lets lawmakers conceal their emails and other communications from public scrutiny, as they prepare to redraw the state’s voting maps.”

“The law’s Republican authors, North Texas’ Rep. Charlie Geren and Sen. Kelly Hancock, billed it as a housekeeping matter, a routine update to rules governing how lawmakers retain records and run debates. It passed easily with almost no discussion and little media attention.”