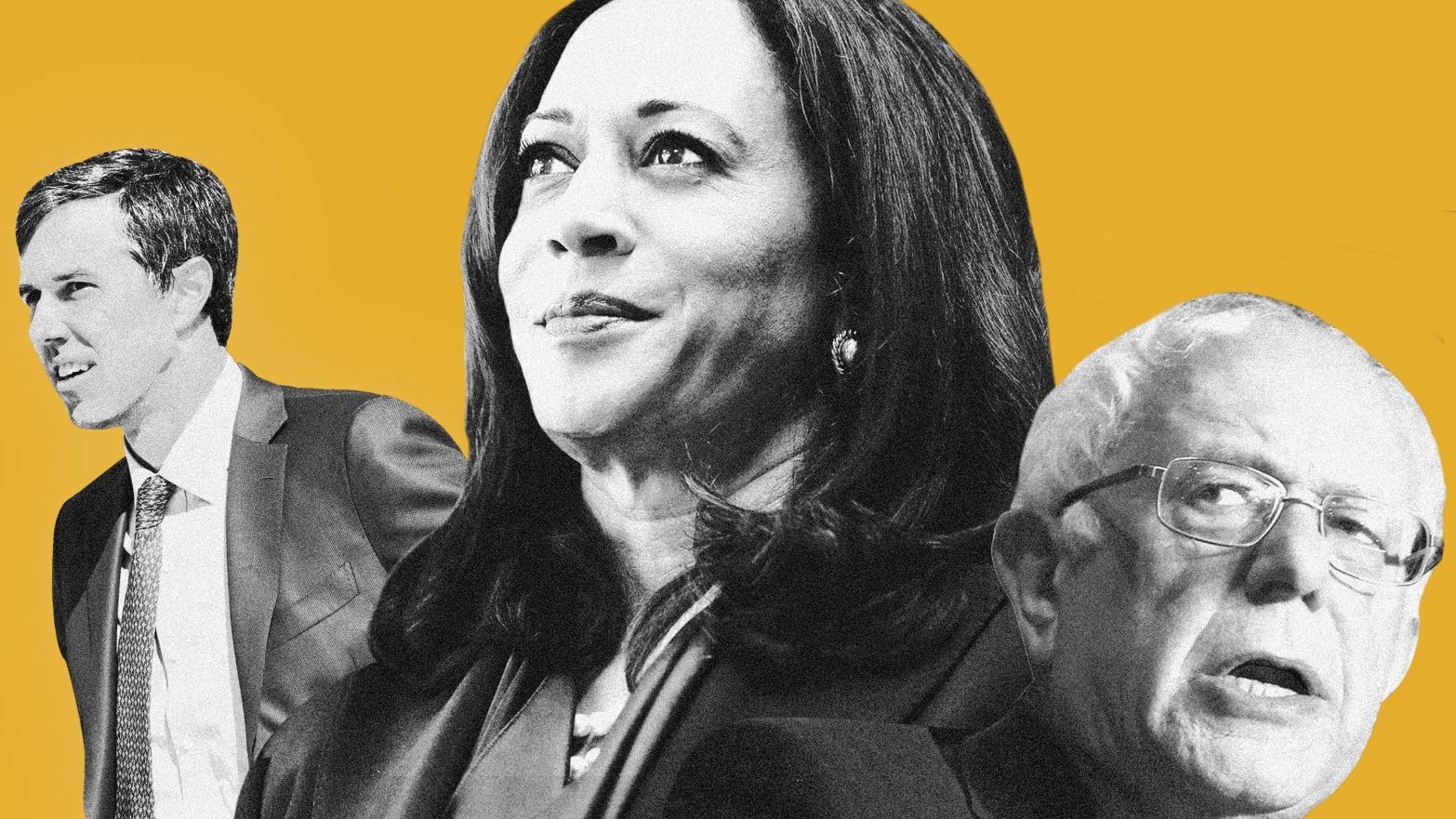 Huge movement continues in the polls following last week’s debate. It is now undisputed that Harris has moved into second place, if not into an outright tie with Biden for first. Meanwhile, another storyline these results are giving us is that Sanders has fallen behind Warren for fourth place.

A new Quinnipiac poll finds Joe Biden leading the Democratic presidential race with 22%, followed by Kamala Harris at 20%, Elizabeth Warren at 14%, Bernie Sanders at 13% and Pete Buttigieg at 4%.

No other candidate tops 3%.

Said pollster Mary Snow: “Round 1 of the Democratic debates puts Kamala Harris and Joe Biden on two different trajectories, as support for Harris surges but continues to slip for Biden. Biden’s once commanding lead has evaporated. There are other red flags for him in areas where he still leads, including double digit drops among Democrats and Democratic leaners who view him as the best leader, or as the best candidate to defeat President Trump in 2020.”

A new Suffolk University/USA Today Poll in Iowa finds Joe Biden continues to lead the Democratic field with 24%, followed by Kamala Harris at 16%, Elizabeth Warren at 13% and Bernie Sanders at 9%.

Key takeaway: “Harris saw her support more than double compared to the June poll, to 16% from 7%. She was also chosen as the second choice of 17% — a telling measure of the potential breadth of a candidate’s support. When first and second choices were combined, Biden only narrowly edged Harris, 35% to 33%.”

Sen. Bernie Sanders raised $18 million in the past three months, the New York Times reports. Sanders’s total was less than the $24.8 million that Mayor Pete Buttigieg collected in the quarter, an eye-popping sum that the Buttigieg campaign revealed on Monday.

“Former Colorado Gov. John Hickenlooper’s senior team urged him last month to withdraw from the presidential race gracefully and run for Colorado’s Senate seat or pursue other opportunities,” Politico reports. “The source said that the campaign only has about 13,000 donors, making it almost impossible to qualify for the next round of presidential debates in the fall.”

“The aide, Dan Sorenson, is leaving the former two-term Colorado governor the day after the deadline for 2nd-quarter fundraising and after last week’s Democratic debate — an ominous sign for a presidential bid that has struggled to gain traction.”

Nate Cohn: “The transition away from live interview telephone polling is well underway, and online polls now make up the principal source of data on national public opinion.”

“But the alternatives to traditional polling are not fully mature, and the absence of a clear set of standards for online polling research has opened the floodgates to unproven surveys of uncertain quality.”

“Many of the new pollsters have become familiar enough that journalists and readers have started to cite them with confidence. It’s not yet clear they all deserve it.”

A new CNN poll finds that 47% of registered Democrats say that they’re extremely enthusiastic about voting next year, compared to 40% of Republicans.

Politico: “Recent polling shows Markey’s support among Massachusetts Democratic and unenrolled voters is a little shakier than he would like… The senator’s favorability rating is an anemic 38 percent, with 25 percent of voters expressing an unfavorable view of him. More than a third of voters are either undecided (22 percent) or have never heard of him (14 percent), a bad omen for a pol who’s been in Congress for more than 40 years. …

“Markey isn’t the only incumbent in the state’s all-Democratic delegation looking over his shoulder. The well of pent-up progressive talent is also generating a handful of House primary challenges, including to longtime Reps. Richard Neal and Stephen Lynch, and four-term Rep. Joe Kennedy III.”

“The campaign and the R.N.C. said they had a combined $100 million in cash on hand, and that they had raised more money online in the second quarter than in the first half of 2018. The staggering total figure can be plowed into television and digital advertising, get-out-the-vote efforts and other activities related to the 2020 election.”

“Thanks to Trump and a news cycle that is suffering from acute attention-deficit disorder (Avenatti who?), women candidates, perhaps, don’t have to worry so much about being perfect, about biting their tongue and saying what they think voters want to hear.”

Gallup: “While 70% of U.S. adults overall say they are proud to be Americans, this includes fewer than half (45%) who are ‘extremely’ proud, marking the second consecutive year that this reading is below the majority level. Democrats continue to lag far behind Republicans in expressing extreme pride in the U.S.”

“The prospect of a Democratic presidential debate focused on climate change just took a step closer to becoming reality. But such a single-issue face-off is still far from being a done deal,” the Washington Post reports.

“Leaders of the Democratic National Committee have advanced a proposal to host a climate-specific debate after weeks of protests from environmental activists and even some White House hopefuls. The DNC will decide on whether to allow such a debate at its next meeting in August.”

Politico: “Advertising Analytics, a political ad-tracking firm, expects the total cost of TV and digital ads for the next election to hit over $6 billion — a 57 percent increase over the total in last year’s hotly contested and expensive midterm elections, driven by a huge jump in digital video advertising.”

“Over one-quarter of the $6 billion total, $1.6 billion, will be spent on digital video platforms, primarily Facebook and Google, while broadcast and cable TV stations will take in a whopping $4.4 billion — more than twice as much as Democrats and Republicans spent on TV in the last presidential elections.”