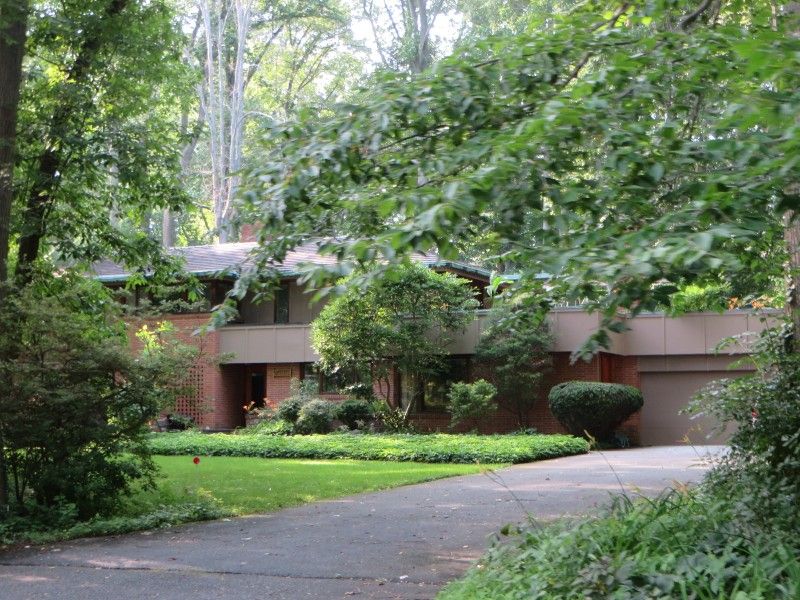 The Isaac Budovitch House, on Bedford Boulevard in Brandywine Hundred. The house was built in 1955 and was designed by Edgar Tafel. Tafel apprenticed for Frank Lloyd Wright from 1932 to 1941, and Wright’s Prairie Style architecture is evident in the horizontal format and wide eaves. Tafel worked on Wright’s Fallingwater and Johnson Wax Headquarters projects. After beginning with his solo career, he designed many houses and churches, as well as some college campus plans, mainly in the city and state of New York. Photo by xzmattzx.