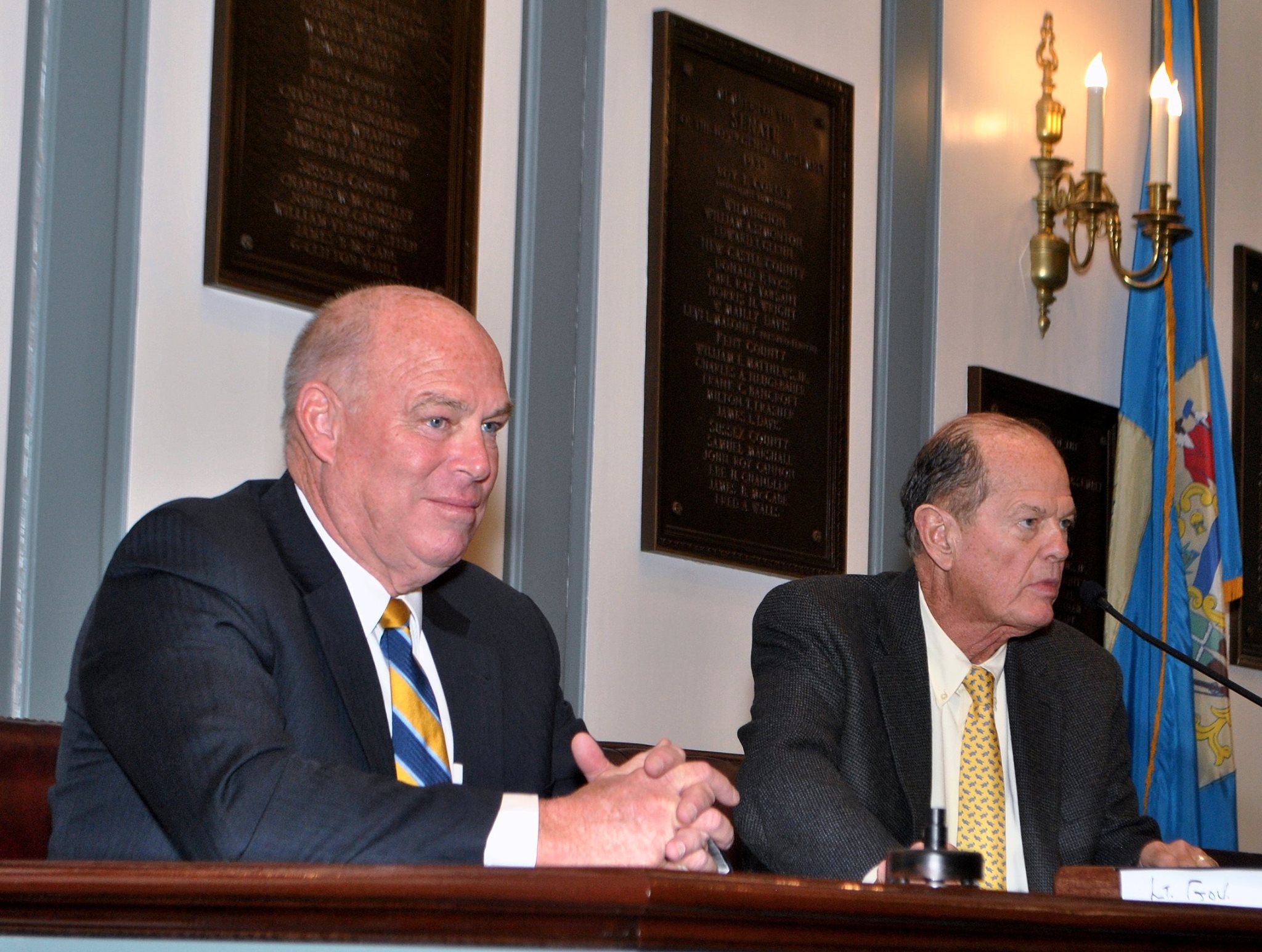 Last week, Senate Bill 159 passed the Senate by a vote of 13-6-2. This bill is not unlike House Bill 186 sponsored by State Representative Kim Williams. The goal of both bills is to get State Auditor and Schwartzkopf confidante and Republican socialite Kathy McGuiness to do her job and audit state agencies and school districts and charter schools.

These bills were needed after McGuiness rejected a request for an audit of the Odyssey Charter School by Delaware Secretary of Education Susan Bunting. McGuiness told Bunting that nah, she didn’t feel like it.

House Bill 186 was narrowly tailored to require by law that the state auditor will conduct or contract for an audit to be conducted of any charter school upon request by the legislators or state officials. But it is a House bill and subject to the House Speaker’s control. So Speaker Pete Schwartzkopf would likely not allow that bill a vote. So those in support of getting Park City Kathy to do the job she is paid to do went to the Senate.

SB159 is also narrowly tailored to Charter Schools (I would expand the universe to all school districts, universities and state agencies) and would authorize the Governor, Attorney General, Secretary of the Department of Education of the General Assembly to request an audit, and once that request is made and is based on evidence of misuse of state money or a violation of state law, then the Auditor is required to either conduct that audit or contract with a third party to conduct that audit.

This bill passed the Senate and is now in the House Education Committee as of yesterday evening, after the House Education Committee held its last hearing and meeting for the year. It passed the Senate on Thursday last week, and while all other Senate bills were immediately assigned a committee so that action could proceed this week on them, this bill lingered in limbo. It is a sign that Speaker Pete was playing games with the bill, denying it a hearing and a vote so as to protect his friend Kathy McGuiness.

Here is Mike Matthews on this situation, from a comment on this blog from another post: “Let me say this: I listened to the audio of last week’s Senate Committee meeting where this bill was heard and McGuiness is clueless. There’s really no other word to describe her complete non-understanding of what’s going on here. She said “The school is doing an audit in July” in reference to Odyssey Charter. Yes, they are. All charter schools do audits every year. But THEY pick the auditor and school-initiated audits do not do the same thing as an INVESTIGATIVE audit done by the auditor’s office. She was either treating everyone in that committee meeting like idiots or she really doesn’t know the difference between the two.

We have an extremely talented woman — Kathleen Davies — in the auditor’s office right now who should have won the primary. We’ve got McGuiness in there obfuscating with Odyssey Charter, which could have something to do with her deep Greek connections and the fact that some of the high-ups in Odyssey held a fundraiser for her during her ill-fated run for Lieutenant Governor a few years ago. That Speaker Schwartzkopf appears to be giving cover for McGuiness is what’s truly disappointing here.”

I don’t think the Greek connection has anything to do with it. McGuiness is just an incompetent installed in office by Pete so that state agencies and charter schools do not get vigorous investigative audits.

Denying Senate Bill 159 a hearing and a vote in the final week of the first half of the 150th General Assembly is a corrupt act.

WHERE IS THE BILL NOW? In Pete’s desk drawer.