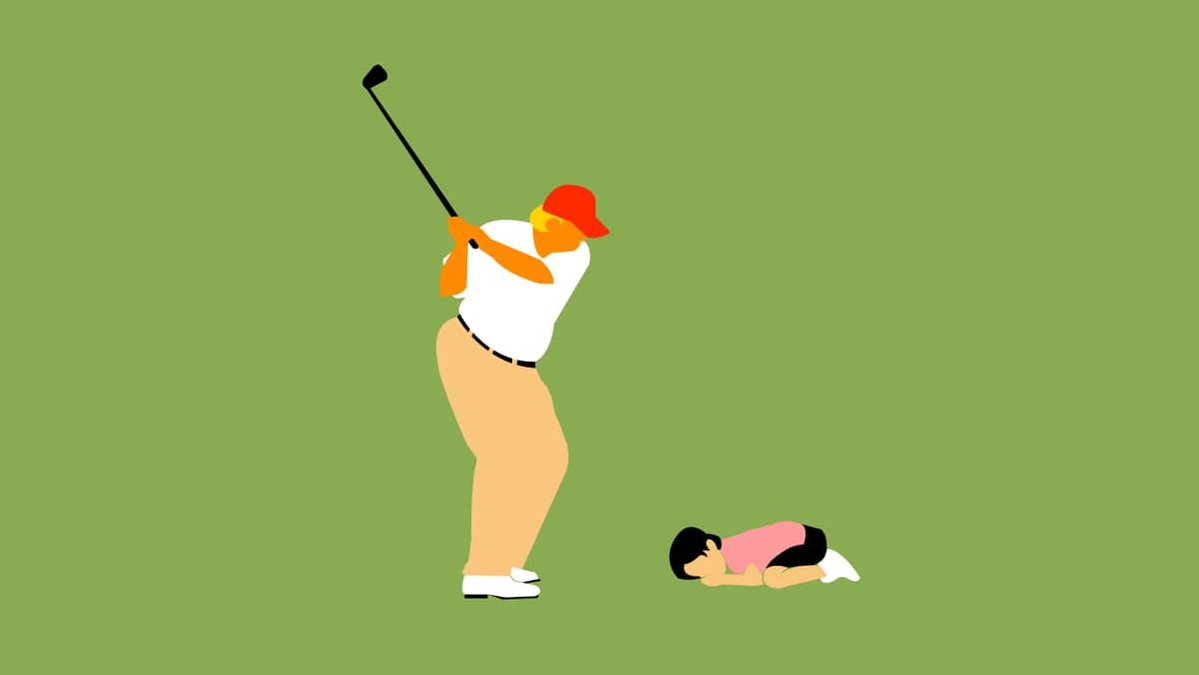 New Yorker: “Last week began with a broad political discussion on whether Alexandria Ocasio-Cortez’s designation of migrant detention centers as “concentration camps” was the correct nomenclature for holding rooms in which 41 detainees live in a cell built for eight. The week ended with heinous reports of the conditions at said camps, where undocumented migrant children are being held away from their families in conditions ‘worse than jail,’ according to physician Dolly Lucio Sevier, who wrote up a medical declaration obtained by ABC News after visiting border patrol holding facilities along the border in Texas.”

CNN: “Nancy Pelosi called Trump Friday night asking him to call off ICE raids. Trump and Pelosi spoke at 7:20 p.m. ET Friday night for about 12 minutes, according to the source. White House deputy press secretary Judd Deere confirmed a phone call took place Friday night between Trump and Pelosi. A senior Democratic aide said Trump is ‘trying to create leverage in a situation where he has none,’ adding that ‘it won’t work.’ ‘Democrats aren’t going to compromise their values,’ the aide said. ‘He’s walked away from several deals on immigration. We have no illusions here.’”

Tapper got Pence to say toothbrushes, blankets and medicine should be given to children at the border — something DOJ’s attorney did not agree to in court.

Nearly 100 internal Trump transition vetting documents leaked to Axiosidentify a host of “red flags” about officials who went on to get some of the most powerful jobs in the U.S. government.

Wall Street Journal: “President Trump bucked most of his top national-security advisers by abandoning retaliatory strikes in Iran on Thursday. In private conversations Friday, Mr. Trump reveled in his judgment, certain about his decision to call off the attacks while speaking of his administration as if removed from the center of it. ”

Said Trump to one confidant: “These people want to push us into a war, and it’s so disgusting. We don’t need any more wars.”

He added: “I don’t like losing. I haven’t lost very much in my life.” He loses all the time. Every business he started has failed and he declared bankruptcy six times. But I am pleased that he is not preparing himself for a loss. Because I want this to hurt.

President Trump said that if he could have one “do-over,” it would be “personnel” decisions, including naming former Senator Jeff Sessions as his first U.S. attorney general, Reuters reports.

Said Trump: “I would say if I had one do over, it would be, I would not have appointed Jeff Sessions to be attorney general… That was the biggest mistake.” Yeah, notice how putting kids in cages and saying Nazis are good people did not cross his mind.

New York Magazine: “Biden debated well during the 2008 cycle and as the vice-president in 2012, but it’s been seven years, and now he knows he’s everyone’s top target. Multiple candidates who are set to debate him next week are expecting both Kirsten Gillibrand and Kamala Harris to go after his flip-flop on the Hyde Amendment, Harris to attack him on his criminal-justice record, Bernie Sanders to criticize his ‘middle-ground’ plans, and Pete Buttigieg to knock him in his signature generational terms. On both nights, they suspect, candidates will bring up Biden’s recent comments about working with segregationist senators. And Biden is preparing for all of it.”

NBC News: “Unlike primary voters in every other recent presidential election, Democrats are still so rattled by the 2016 election that they keep telling pollsters they’ll vote for whichever candidate they think has the best chance of beating President Trump, whether or not they like that candidate most.”

“The problem is that no one, whether it’s the amateur pundit-voters or the professional prognosticators, can actually predict the future enough to know who it will take to beat the president some 500 days from now.”

Said pollster Patrick Murray: “Electability is in the eye of the beholder. Voters are not very good at predicting electability… It really is ill-informed, but we know that it’s not facts —but perception — that drive voter behavior.”

President Trump sent North Korean leader Kim Jong Un an “excellent” letter, the North’s state-run news agency reported Sunday, quoting Kim as saying he would “seriously contemplate it,” the AP reports. Kim “said with satisfaction that the letter is of excellent content,” Pyongyang’s Korean Central News Agency reported. I suppose Trump said that he will recall all American troops from South Korea, allowing Kim to do with it what he wants.

“The U.S. Supreme Court, approaching the end of its current term, is due to issue rulings in the coming days in major cases including the Trump administration’s bid to add a contentious citizenship question to the 2020 census and efforts by voters to curb the partisan manipulation of electoral district boundaries,” Reuters reports.

The Economist: “Between 2007 and 2016 a net 1 million American residents, or 2.5% of the state’s population, left California for another state. Texas was the most popular destination, attracting more than a quarter of them. More Americans have left California than moved there every year since 1990, though immigrants still arrive from abroad.”

A Panelbase/Sunday Times poll finds the Scottish people would vote for independence from the United Kingdom if Boris Johnson becomes prime minister.

“Asked whether they supported leaving the UK, a narrow majority of 51% said they opposed independence. However, when asked how they would vote if Johnson became PM, independence gained a six point lead of 53% over 47%.”

“Boris Johnson is under pressure from a Conservative cabinet minister to explain why police were called to his home after a row with his partner as the issue threatens to derail his campaign to become prime minister,” The Guardian reports.

“Liam Fox, the international trade secretary, said the frontrunner to succeed Theresa May should speak out about the late-night altercation that was witnessed by several neighbors.”

“The development follows two days of negative headlines that have damaged Johnson’s chances of beating the foreign secretary, Jeremy Hunt, in a race to become leader of the Conservative party.”

Sen. Kamala Harris reiterated her support for impeachment proceedings against President Trump but admitted to CBS News there is tension within the Democratic party over moving forward.

Said Harris: “This is the tension which is, do you stand to fight for these principles that were part of the — the spirit behind the design of our democracy, checks and balances, accountability? Or do you stand with strategy, which is what is the ultimate goal and if it’s saying that this guy should not be in office and if this could hurt the chances of winning an election, should you hold off?”

“The House Judiciary Committee appears to have reached a deal with former White House aide Annie Donaldson that would allow her to not appear before the committee by a Monday deadline and answer written questions instead,” CNN reports.

“The testimony of Donaldson, who was chief of staff for then-White House counsel Don McGahn, has been of high interest to House Democrats given her first-hand knowledge of key events. Donaldson said she took copious notes, which the committee believes will bolster its probe into potential obstruction of justice.”