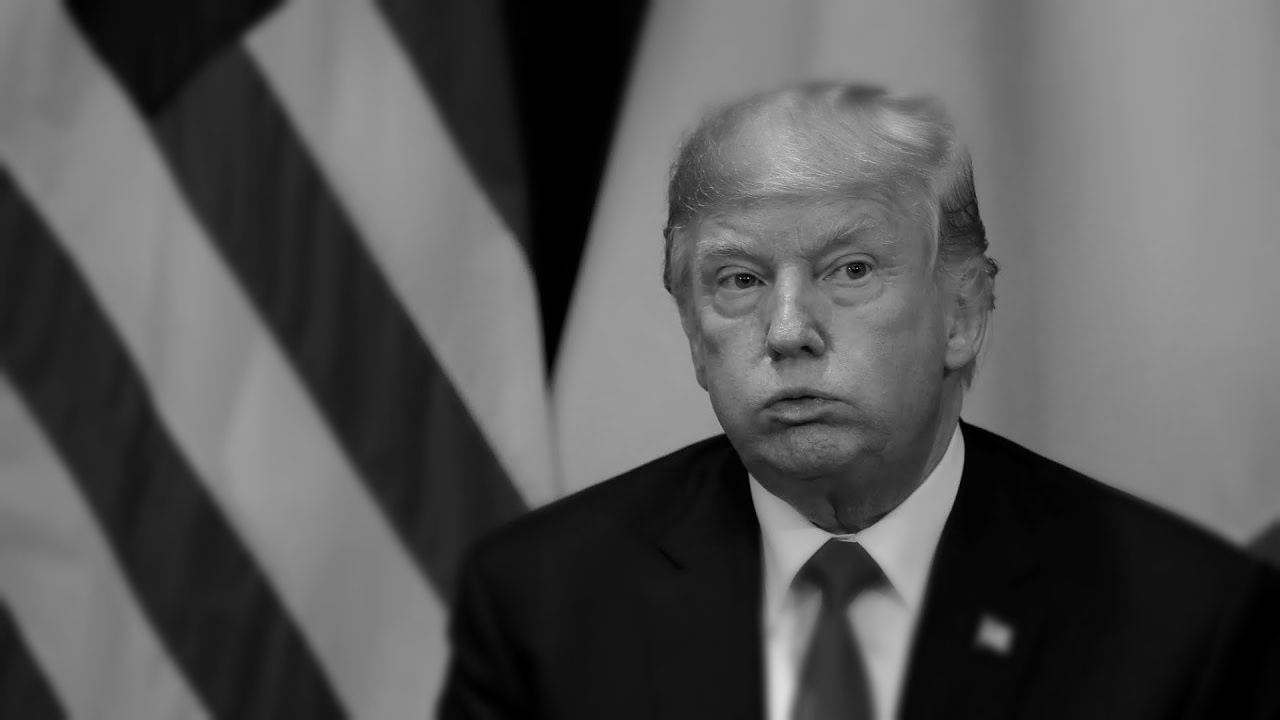 “President Trump approved military strikes against Iran in retaliation for downing an American surveillance drone, but pulled back from launching them on Thursday night after a day of escalating tensions,” the New York Times reports.

“As late as 7 p.m., military and diplomatic officials were expecting a strike, after intense discussions and debate at the White House among the president’s top national security officials and congressional leaders, according to multiple senior administration officials involved in or briefed on the deliberations. Officials said the president had initially approved attacks on a handful of Iranian targets, like radar and missile batteries.”

“The operation was underway in its early stages when it was called off, a senior administration official said. Planes were in the air and ships were in position, but no missiles had been fired when word came to stand down, the official said.”

Iranian officials told Reuters on Friday that Tehran had received a message from President Trump through Oman overnight warning that a U.S. attack on Iran was imminent.

President Trump confirmed that his administration had readied a series of strikes against Iran in response for shooting down an unmanned drone, but that he stopped it at the last moment.

Tweeted Trump: “We were cocked & loaded to retaliate last night on 3 different sights [sic] when I asked, how many will die. 150 people, sir, was the answer from a General. 10 minutes before the strike I stopped it, not proportionate to shooting down an unmanned drone.”

“Speaker Nancy Pelosi said Friday that she was not informed of President Trump’s plans to strike Iran Thursday night, a military action that he said he called off minutes before it was to occur,” the Washington Post reports.

“Traditionally, House and Senate leadership, and chair and ranking members on the national security-related and other key committees are told about an imminent U.S. military action.”

“President Trump has directed U.S. Immigration and Customs Enforcement agents to conduct a mass roundup of migrant families that have received deportation orders, an operation that is likely to begin with predawn raids in major U.S. cities on Sunday,” the Washington Postreports.

“The ‘family op,’ as it is referred to at ICE and the Department of Homeland Security, is slated to target up to 2,000 families facing deportation orders in as many as 10 U.S. cities, including Houston, Chicago, Miami, Los Angeles and other major immigration destinations.”

“House Democrats are planning to file a lawsuit within days to force former White House counsel Don McGahn to testify on Capitol Hill — and they say Hope Hicks’ reluctant testimony Wednesday will help deliver them a crucial win in court,” Politico reports.

“Judiciary Committee Chairman Jerry Nadler said Hicks’ blanket refusal to tell lawmakers about her tenure in the West Wing is the real-life illustration Democrats needed to show a judge just how extreme the White House’s blockade on witness testimony has become.”

Said Nadler: “It very much played into our hands.”

“President Trump, in an interview this week and on Twitter on Friday morning, again suggested criminal action against American journalists,” the Washington Post reports.

“During a sit-down interview with Time magazine, Trump showed the reporters a letter from North Korean leader Kim Jong Un. When a photographer tried to snap a photograph of the letter, White House press secretary Sarah Sanders told him he couldn’t.”

Said Trump: “Well, you can go to prison, instead, because if you use, if you use the photograph you took of the letter that I gave you.. confidentially, I didn’t give it to you to take photographs of it — so don’t play that game with me.”

New York magazine details an encounter writer E. Jean Carroll had over two decades ago with Donald Trump, in which the then–real-estate mogul allegedly assaulted her in a dressing room of Bergdorf Goodman in midtown Manhattan.

“The moment the dressing-room door is closed, he lunges at me, pushes me against the wall, hitting my head quite badly, and puts his mouth against my lips. I am so shocked I shove him back and start laughing again. He seizes both my arms and pushes me up against the wall a second time, and, as I become aware of how large he is, he holds me against the wall with his shoulder and jams his hand under my coat dress and pulls down my tights.”

“I am astonished by what I’m about to write: I keep laughing. The next moment, still wearing correct business attire, shirt, tie, suit jacket, overcoat, he opens the overcoat, unzips his pants, and, forcing his fingers around my private area, thrusts his penis halfway — or completely, I’m not certain — inside me. It turns into a colossal struggle.”

“Oregon’s Democratic governor, Kate Brown, has dispatched state troopers to find missing Republican senators and bring them back to Salem to legislate,” the Oregonian reports.

“All 11 Republican senators are in hiding, at least some of them out of state, in order to prevent the Senate from having the quorum it needs to operate. They can’t abide the Democrat-backed carbon cap and spend bill that is up for a Senate vote today.”

“Tensions were already smoldering in the Oregon Senate Wednesday, when Sen. Brian Boquist (R) poured gasoline on the situation, suggesting he would shoot and potentially kill any state trooper sent to haul him unwillingly back to the Capitol,” the Oregonian reports.

Said Boquist: “Send bachelors and come heavily armed. I’m not going to be a political prisoner in the state of Oregon. It’s just that simple.”

“Federal prosecutors have stepped up a criminal investigation into possible efforts by longtime Republican fundraiser Elliott Broidy to profit from his connections to the Trump administration,” the Wall Street Journal reports.

“Investigators are examining whether Mr. Broidy, a top fundraiser for Mr. Trump in 2016 who was later tapped as deputy finance chairman of the Republican National Committee, was paid by his intelligence-contracting firm’s foreign and prospective clients to give them special access to attend the 2017 inauguration, some of the people said. Such activity could violate campaign-finance, lobbying or money-laundering laws.”

The Guardian: “Police were called to the home of Boris Johnson and his partner, Carrie Symonds, in the early hours of Friday morning after neighbors heard a loud altercation involving screaming, shouting and banging.”

“The argument could be heard outside the property where the potential future prime minister is living with Symonds, a former Conservative party head of press.”

The Mirror reports that Symonds was heard telling the Tory leadership candidate to “get off me” and “get out of my flat” during the disturbance.

“Journalist Michael Schmidt sent an email on March 24, 2017, to FBI Assistant Director for Public Affairs Michael Kortan, stating that his colleagues were reporting on the FBI’s Russia investigation and had stumbled onto some information about President Trump’s son-in-law and top adviser.”

Said Schmidt: “Wanted to flag you on something. Three of my colleagues are working on a story about the Russia investigation. They’re told that Jared Kushner is among the individuals who the F.B.I. is scrutinizing for their meetings with Russians. My colleagues were told that Ambassador Kislyak, after meeting Kushner and General Flynn in early December at Trump Tower, set up a meeting with Kushner and a Russian banker. Kushner ultimately met with the Russian banker. The banker worked for Alpha Bank.”

“One-third of that value was supposed to flow to West Virginia, an energy-rich but high-poverty state whose manufacturing and energy workers handed Trump his widest margin of victory in 2016.”

“Eighteen months after the deal was announced with much fanfare, China Energy Investment Corp. has spent no money in West Virginia’s energy projects.”

“The House Intelligence Committee is issuing a subpoena for Felix Sater, President Trump’s onetime business associate, after he failed to show up Friday for closed-door testimony,” The Hill reports

“The Wisconsin Supreme Court upheld lame-duck laws Friday that limit the power of the state’s new Democratic governor, handing Republicans a victory in one of several legal fights over the laws,” the Milwaukee Journal Sentinel reports.

“In Friday’s 4-3 decision, conservatives on the state’s high court found lawmakers were allowed to bring themselves into session in December to trim the authority of Gov. Tony Evers and Attorney General Josh Kaul just before they took office.”

Bret Stephens: “I binge-watched HBO’s Chernobyl this week. It made me think of Donald Trump.”

“No, my Trump Derangement Syndrome has not spiked to 12,000 Roentgen on the ideological dosimeter. And no, I don’t think of the Trump administration as an open-air nuclear-reactor fire. To watch “Chernobyl” (and read nonfictionalized accounts of the tragedy) is to be reminded that such similes should be used sparingly.”

“But there’s one striking parallel. Chernobyl isn’t just an account of an environmental catastrophe, or the personal heroics that prevented it from becoming even worse. It illustrates what happens to societies corrupted by the institutionalization of lies and the concomitant destruction of trust.”

“President Trump plans to nominate Mark Esper, the secretary of the Army and former West Point classmate of Secretary of State Mike Pompeo, to be the next defense secretary,” the New York Times reports.

“They said that Mr. Trump would send the nomination to lawmakers on Capitol Hill in the next few days.”

Associated Press: “Meanwhile, inside the Pentagon, lawyers are debating how to get Esper through what will be a difficult legal and Congressional confirmation process… Law prohibits Esper from being nominated for the job while also serving as the acting secretary… And anyone chosen to fill in temporarily — even for a short time while the confirmation process goes on — will have limited authorities and won’t have all of the decision-making power that a defense secretary needs when his nation is at war in several countries and conducting major military operations in dozens of others.”