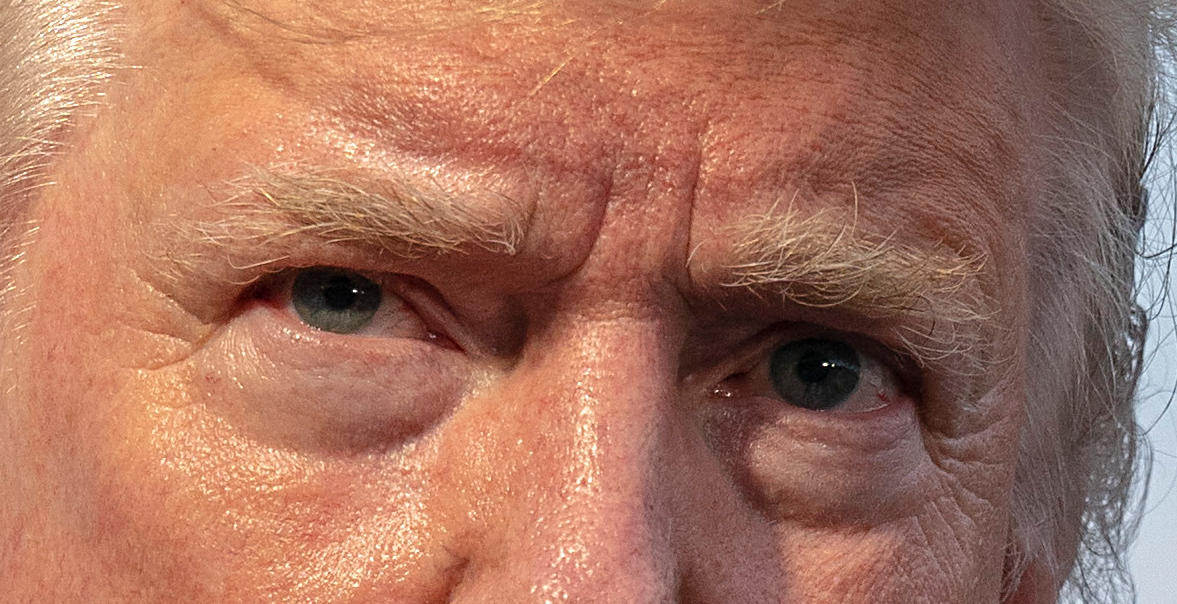 President Trump “pulled the nomination of Patrick M. Shanahan to be the permanent defense secretary, saying on Twitter that Mr. Shanahan would devote more time to his family,” the New York Times reports.

“Mr. Trump named Mark T. Esper, the secretary of the Army and a former Raytheon executive, to take over as acting secretary of defense. He did not say whether Mr. Esper would be nominated for the permanent position.”

Washington Post: “In the months that he has served as President Trump’s acting secretary of defense, Patrick Shanahan has worked to keep domestic violence incidents within his family private. His wife was arrested after punching him in the face, and his son was arrested after a separate incident in which he hit his mother with a baseball bat. Public disclosure of the nearly decade-old episodes would re-traumatize his young adult children.”

“Paul Manafort, President Trump’s former campaign chairman who is serving a federal prison sentence, had been expected to be transferred to the notorious Rikers Island jail complex this month to await trial on a separate state case,” the New York Times reports.

“But last week, Manhattan prosecutors were surprised to receive a letter from the second-highest law enforcement official in the country inquiring about Mr. Manafort’s case. The letter, from Jeffrey Rosen, Attorney General William Barr’s new top deputy, indicated that he was monitoring where Mr. Manafort would be held in New York.”

“President Trump is at a make-or-break moment with Iran,” Politico reports. “Tehran said Monday it will soon take steps that likely violate the 2015 nuclear deal Trump himself abandoned, an announcement that came just days after the U.S. accused the Islamist-led country of sabotaging international oil tankers. The Pentagon announced Monday that it is sending 1,000 more troops to the Middle East for ‘defensive purposes.’ In Europe, meanwhile, leaders are starting to acknowledge that they may have to walk away from the nuclear agreement or devise a new one.

“The confluence of events will test Trump’s weak appetite for military action, his ability to rally allies he has frequently snubbed and his seriousness about actually striking the better deal with the Iranians that he once promised. Along the way, Trump must win over officials well-aware of his history of misstatements and uneasy about relying on U.S. intelligence when a potential new Middle East war could result.”

And it looks like Trump has folded, like he always does when he backs himself into a corner. President Trump told Time that he might take military action to prevent Iran from getting a nuclear weapon, but cast doubt on going to war to protect international oil supplies. Said Trump: “I would certainly go over nuclear weapons and I would keep the other a question mark.” Trump described recent attacks on oil tankers as “very minor.”

A special adviser to EU foreign policy chief Federica Mogherini blamed the United States for a rise in tensions between Iran and the West, Politico reports. Said Nathalie Tocci: “This is happening for one reason that has not been cited so far, which is the fact that the United States has violated the Joint Comprehensive Plan of Action, meaning the Iran deal. You’re not living up to your side of the bargain.”

“President Trump said in a tweet Monday night that U.S. immigration agents are planning to make mass arrests starting ‘next week,’ an apparent reference to a plan in preparation for months that aims to round up thousands of migrant parents and children in a blitz operation across major U.S. cities,” the Washington Post reports.

Tweeted Trump: “Next week ICE will begin the process of removing the millions of illegal aliens who have illicitly found their way into the United States. They will be removed as fast as they come in.’

“Large-scale ICE enforcement operations are typically kept secret to avoid tipping off targets… U.S. officials with knowledge of the preparations have said in recent days that the operation was not imminent, and ICE officials said late Monday night that they were not aware that the president planned to divulge their enforcement plans on Twitter.”

“According to seven current and former Department of Homeland Security officials, the administration wanted to target the crush of families that had crossed the U.S.-Mexico border after the president’s failed ‘zero tolerance’ prosecution push in early 2018. The ultimate purpose, the officials said, was a show of force to send the message that the United States was going to get tough by swiftly moving to detain and deport recent immigrants — including families with children.”

“As President Trump prepares to formally launch his reelection bid Tuesday, his allies are trying to tamp down headlines that depict his campaign as trailing top Democrats, beset by withering leaks and unable to keep internal tensions from spilling into public view,” the Washington Post reports.

“The 2020 drama intensified over the weekend, as Trump’s campaign abruptly fired three of its pollsters, including one polling firm formerly owned by Kellyanne Conway, the president’s adviser and former campaign manager.”

“Privately and publicly, campaign advisers fumed over the leak of internal polling data that showed Trump far behind former vice president Joe Biden in key states — a pattern that has touched a nerve with the president.”

Orlando Sentinel editorial: “Donald Trump is in Orlando to announce the kickoff of his re-election campaign. We’re here to announce our endorsement for president in 2020, or, at least, who we’re not endorsing: Donald Trump.”

“Some readers will wonder how we could possibly eliminate a candidate so far before an election, and before knowing the identity of his opponent. Because there’s no point pretending we would ever recommend that readers vote for Trump. After 2½ years we’ve seen enough.”

President Trump has lost the financial support of one of his biggest backers in 2016: the Mercers, Vanity Fair reports.

“With their ties to Steve Bannon, Breitbart, and Cambridge Analytica, Robert Mercer and his daughter Rebekah were superstars last cycle. According to half a dozen sources familiar with the reclusive family’s political activities, the Mercers have drastically curtailed their political donations in recent months and will likely not play a significant role in 2020.”

Ron Brownstein: “McConnell has been the immovable object: He’s frustrated House Democrats by systematically blocking Senate votes so far on the lengthening list of bills they have passed, from gun control to additional protections for patients with preexisting health problems.”

“But McConnell’s blockade faces a new challenge as the House turns to a series of bills meant to fight foreign interference in the 2020 election. Those measures, aimed at defending fundamental American institutions from foreign subversion, may be tougher for the Kentucky Republican to portray as partisan overreach than the bills the House has passed so far. And that could make them an irresistible force that strains his overall strategy of preventing action on any House legislation.”

“Speaker Nancy Pelosi is trying to draw attention away from the politically explosive topic of impeaching President Trump by putting health care back at center stage for Democrats,” Bloomberg reports.

“Pelosi said more than 140 House Democrats held home-district events on health care over the weekend. This focus is especially important for moderate Democrats eager show voters they’re trying to deliver on their campaign promises even as some of their colleagues push ahead with investigations of Trump’s business, associates and administration.”

The U.K. Conservative Party’s 1922 Committee announced the results of the second round of voting in the race to replace outgoing Prime Minister Theresa May as its leader, Axios reports.

“The White House counsel’s office weighed the legal implications of stripping Powell of his chairmanship and leaving him as a Fed governor, the people said, in what would be an unprecedented move. A replacement would have to be nominated by Trump and confirmed by the Senate.”

“A little more than a year ago, moments after he fired former Secretary of State Rex Tillerson by tweet, President Trump looked ahead optimistically to reshaping his Cabinet,” Politico reports.

“It hasn’t quite worked out that way. Instead, Trump has a Cabinet-by-default, many of whose members were simply the last man — or woman — standing after others pulled out of the running, declined the president’s job offers or couldn’t get through their nomination hearings.”

“The result is that the Trump administration’s senior ranks are comprised largely of individuals who were not, in many cases, the president’s first or even second choice to fill the post, but instead became the only logical choice after the competition evaporated.”