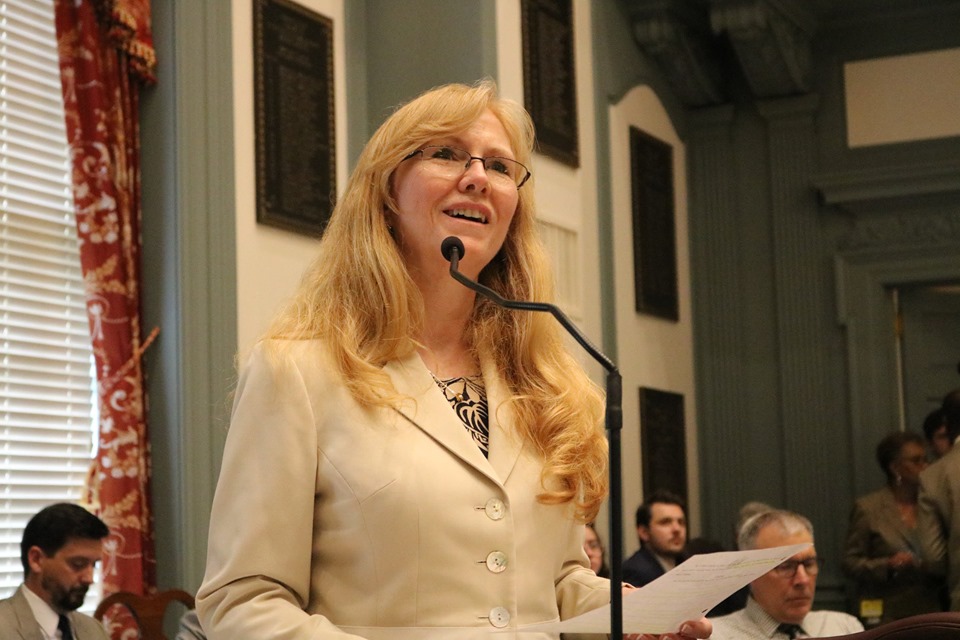 Sen. Stephanie Hansen has introduced Senate Bill 144, which will replace a previously filed bill, SB17, which address discrimination by insurance companies based on genetic or DNA testing. Lots of people are taking tests from Ancestry.com or other such outfits to find out about their family history and ancestral origins, but also to find out which diseases and health conditions their genetic makeup puts them at risk for (for example, Parkinson’s or Alzheimer’s Disease).

The Genetic Information Nondiscrimination Act of 2008 (GINA) bans health insurance discrimination based on genetic information but leaves out many other kinds of insurance, including disability, long-term care, and life insurance. That loophole is allowing insurance providers to seek out genetic testing data to determine coverage.

“Allowing insurers to discriminate based on genetic test information isn’t just grossly unfair, it is hindering the progress and implementation of genetic medicine,” said Sen. Hansen. “The advances we are making in genetic science and health could drastically improve our ability to treat diseases, extend and improve lives, but that potential is seriously hindered when every test you take carries the risk of being denied or gouged for certain insurance policies.”

“Patients simply looking to learn more about their own genes, disease risk, and best treatment options deserve more privacy and protection than that. It’s why Congress banned health insurance discrimination in 2008 and it’s why I’m proud to be part of the effort to expand these protections to other kinds of insurance today. It’s a matter of privacy, public health, consumer protection, and innovation all in one and I look forward to working with my colleagues to get this important bill passed.”

Specifically, what Senate Bill 144 does is 1) define what constitutes discrimination; 2) empower the state Insurance Commissioner to further decide and promulgate regulations around which specific genetic markers may be used for disability or long-term care insurance, provided they are reliable and are used “in a manner that is reasonably related to anticipated claims experience;” and most importantly 3) prohibit the sharing of information from direct-to-consumer genetic tests such as genealogical and other commercial products with insurers without the written consent of the individual.

“Discriminatory practices in insurance underwriting inhibit consumers’ access to quality, affordable and much-needed coverage,” said State Insurance Commissioner Trinidad Navarro. “I commend Senator Hansen for her work on restricting insurers’ ability to use genetic information and testing in underwriting long-term care and disability insurance policies. If enacted, this legislation will be among the most pro-consumer statutes in the country on this issue, leveling the playing field between consumers and the big insurers. I am honored to have worked with Senator Hansen and other stakeholders, and am proud to fully support this measure.”

“Consumers look for insurance as needed stability in the variables of everyday life. From health to disability insurance these are basic necessities, and there shouldn’t be barriers to this coverage,” said Rep. David Bentz, D- Christiana and House sponsor of the bill. “Genetic testing is an extremely vulnerable and personal part of medicine, and shouldn’t be used against patients. We know the value genetic testing can have in preventive care, so allowing this form of discrimination to exist is a detriment to people’s ability to get needed care without fearing other consequences. This is an unnecessary barrier.”

WHERE IS THE BILL NOW? Senate Banking, Business & Insurance 6/11/19