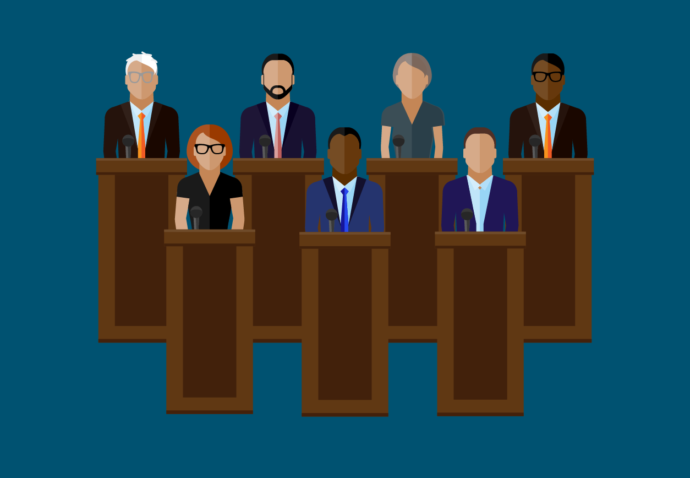 As compiled by FiveThirtyEight, this is the list of Democratic Presidential candidates who have likely made the cut for the debates on June 26 and 27. The candidates have until today at 11 to submit final fundraising numbers.

First thing to note is that Both column is doing alot of work here. But you did have to meet a donor or polling threshold to qualify for the debates. If this holds as of this morning, 20 candidates have made the debate stage — which the DNC already said was their maximum. Tomorrow, the DNC will conduct their debate draw, but since it starts with two tiers of candidates (those with average polling over 2%; everyone else) it isn’t much of a draw.

For me, the candidates seem to fall out in fairly clear tiers:

C = Everyone else and out of this crew I could see either Castro or Yang (or both) moving up after the debates. If Castro does well in the 2nd night debates he has the most potential for extra momentum.

How do you rank these candidates right now? We’ll ask again after the debates so we can compare.

0 comments on “Who Made the First Democratic Debates”