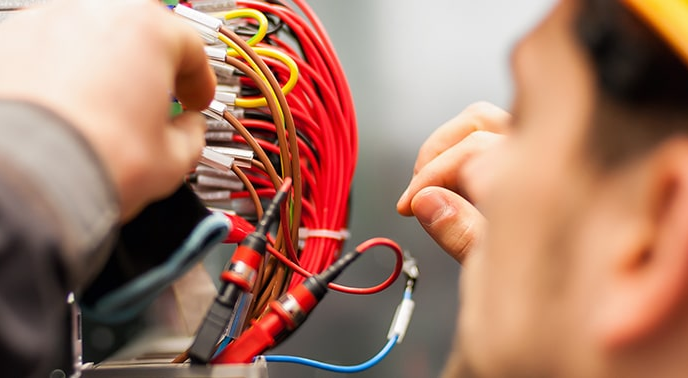 The Senate yesterday passed the first part of a package of bills that aim to make it easier for those who have paid their debt to society after committing a crime to get back into the workforce, so as to reduce the chance that they would become a repeat offender. Senate Bill 43 passed unanimously, 20-0-1. It will now go to the House.

This particular bill focuses on the electrician’s trade. There are other bills focusing on the plumbing and HVAC trades, realtors, as well as the trades for massage and physical therapy.

“Making sure people who were once caught up in the criminal justice system have access to good-paying jobs is one of the best ways we can prevent them from becoming repeat offenders,” said Sen. Jack Walsh, the lead sponsor of Senate Bill 43.

“I’m a lifelong electrician and IBEW member and I know how important this and other skilled trade career paths are for countless Delawareans. Within reason, I think we need to make sure that we aren’t arbitrarily denying people that opportunity, especially as retirements continue to outpace the rate at which new apprentices and graduates join the field. This legislation helps us do that by easing some of the existing restrictions and I’m proud to be a prime sponsor on the bill,” he said. “I would like to thank my Senate colleagues for recognizing this as an opportunity to help working Delawareans, modernize our criminal code, and improve our job market for skilled tradesmen.”

State law currently bars an electrician from being granted a license in Delaware if they have been convicted of a felony or misdemeanor related to providing electrical service. The board, however, can grant waivers if an applicant’s felony conviction occurred more than 5 years ago or they are no longer incarcerated, on work release or probation at the time.

Walsh’s bill would reduce the felony waiver requirement to 3 years in instances where the underlying felony was committed against a person and 2 years in all other instances. For misdemeanor offenses, the legislation would remove the waiver requirement entirely for applicants on probation at a Level II supervision or lower. The legislation also would cap the period in which the board can consider someone’s criminal history at 10 years so long as the applicant has no other criminal convictions during that time.

“My fellow Senators and I are committed to supporting this excellent criminal justice reform package in the hopes of undoing some of the unintended consequences related to our harshest crime policies,” said Senate President Pro Tem David McBride. a co-sponsor of every bill in the reform package. “Everyone deserves a second chance in life and an opportunity to earn a good living. Those are core beliefs of our party, our caucus and the Delaware Senate.”

WHERE IS THE BILL NOW? Passed Senate 20-0-1. Sent to the House for consideration