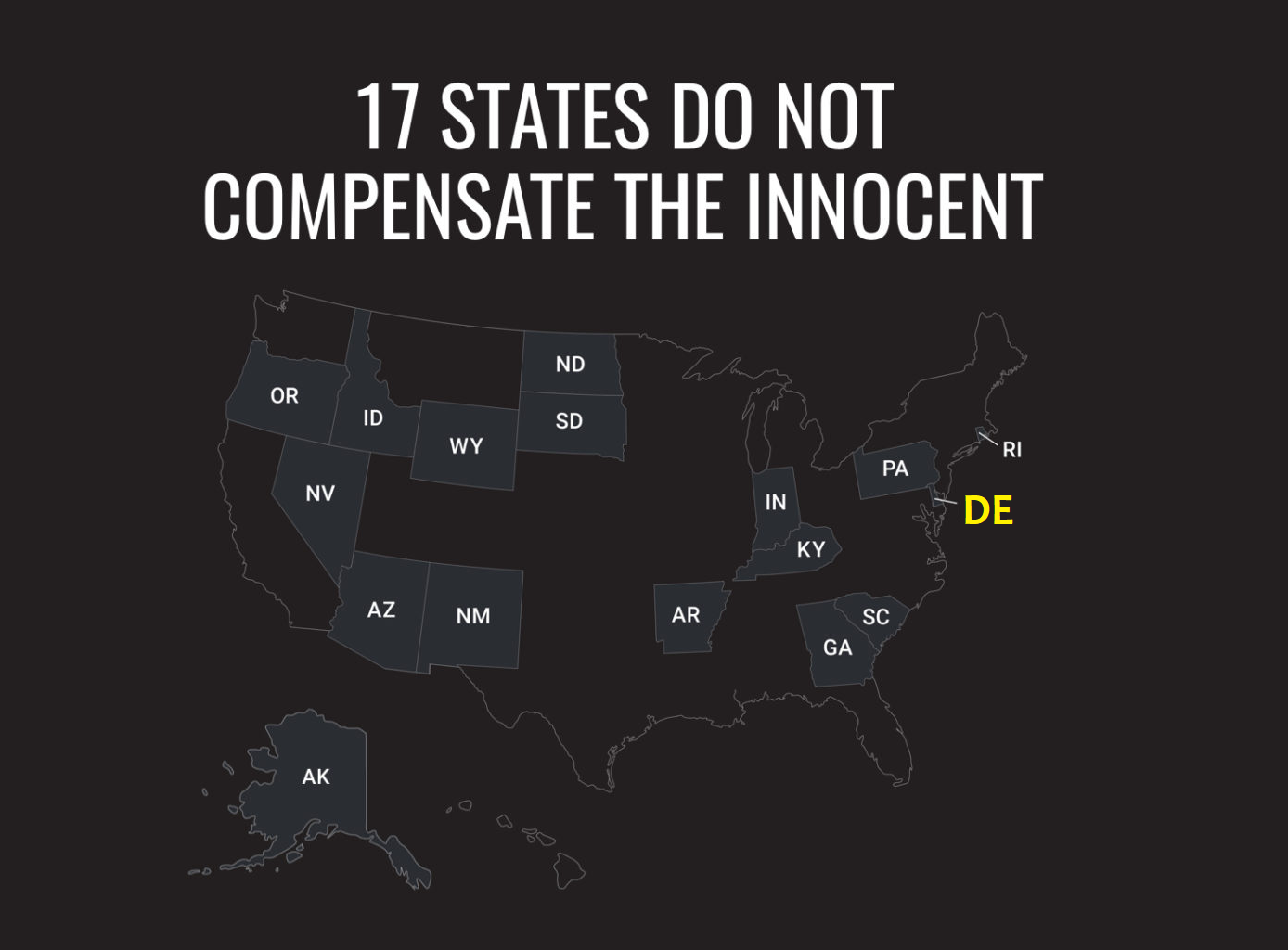 House 196 is a feel good bipartisan bill that is also a serious criminal justice reform effort. Right now, Delaware does not have a process established to compensate people who have been wrongfully arrested and convicted of a crime that they did not commit. Thirty-three states and the District of Columbia have established a process for compensating individuals who have been wrongly convicted. This Act creates such a process for Delaware.

What will be the process?

The Delaware Wrongful Imprisonment Act states that an individual convicted under the law of Delaware and subsequently imprisoned in a state correctional facility for 1 or more crimes that the individual did not commit may bring an action for compensation against this State in the Superior Court.

The individual’s complaint shall establish all of the following:

(1) The plaintiff was convicted of 1 or more crimes under the law of this State, was sentenced to a term of imprisonment in a state correctional facility for the crime, and served at least part of the sentence.

(2) The plaintiff’s judgment of conviction was reversed or vacated and either the charges were dismissed or on retrial the plaintiff was found to be not guilty.

(3) New evidence demonstrates that the plaintiff was not the perpetrator of the crime and was not an accessory or accomplice to the acts that were the basis of the conviction and resulted in a reversal or vacation of the judgment of conviction, dismissal of the charges, or finding of not guilty.

The Act then states that the individual is entitled to a judgement in his or her favor if they prove all of the above by clear and convincing evidence AND they were NOT convicted of another criminal offense arising from the same transaction and that offense was not dismissed or the plaintiff was convicted of that offense on retrial.