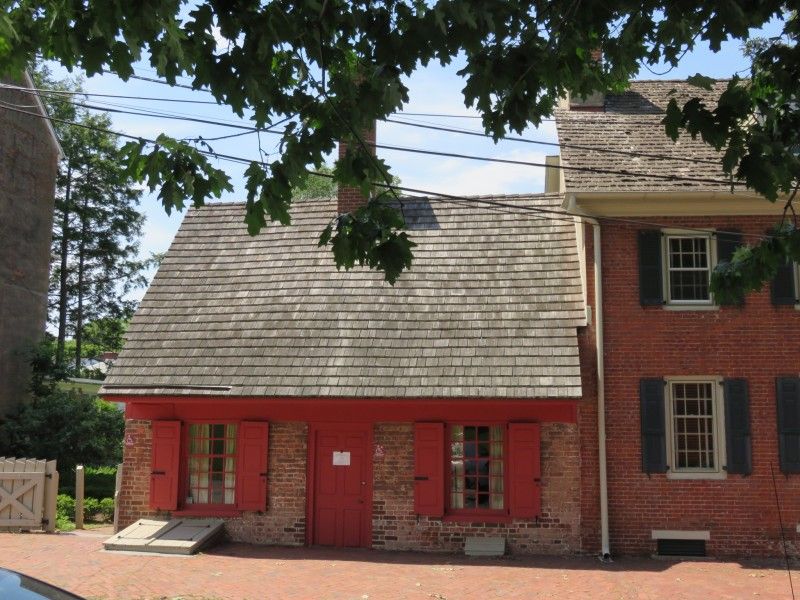 The Dutch House, on 3rd Street in Old New Castle. The house was originally thought to date to the 1660s, since Dutch construction from that time sometimes resembled the house here. Analysis in the early 2000s indicated that the house was actually built around 1700, and actually had no true Dutch architectural elements, nor any Dutch owners. Instead, the house is decidedly English. The house was restored in 1938 by Albert Kruse, who was influential in saving and restoring several historic buildings throughout Delaware from the 1930s to the 1960s.