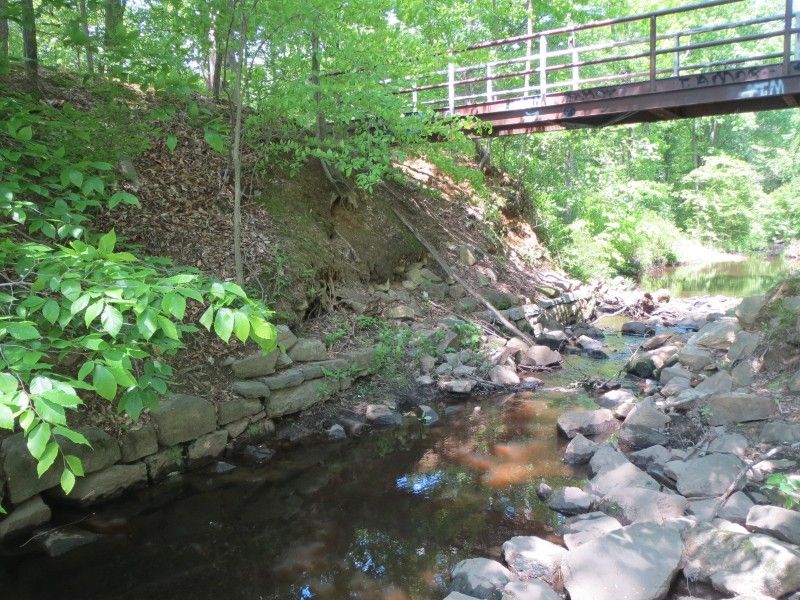 Most of the culvert near Forrestal Drive in Pencader Hundred for the New Castle & Frenchtown Railroad, laid out between 1830 and 1832, is now gone, although some stones remain in place on either side of Belltown Run. The New Castle & Frenchtown Railroad opened on February 28, 1832, as one of the first railroads in the United States. The railroad has the distinction of being the first railroad in the United States to use steam power for the transportation of passengers, beginning this service on September 10, 1832. Photo by xzmattzx.