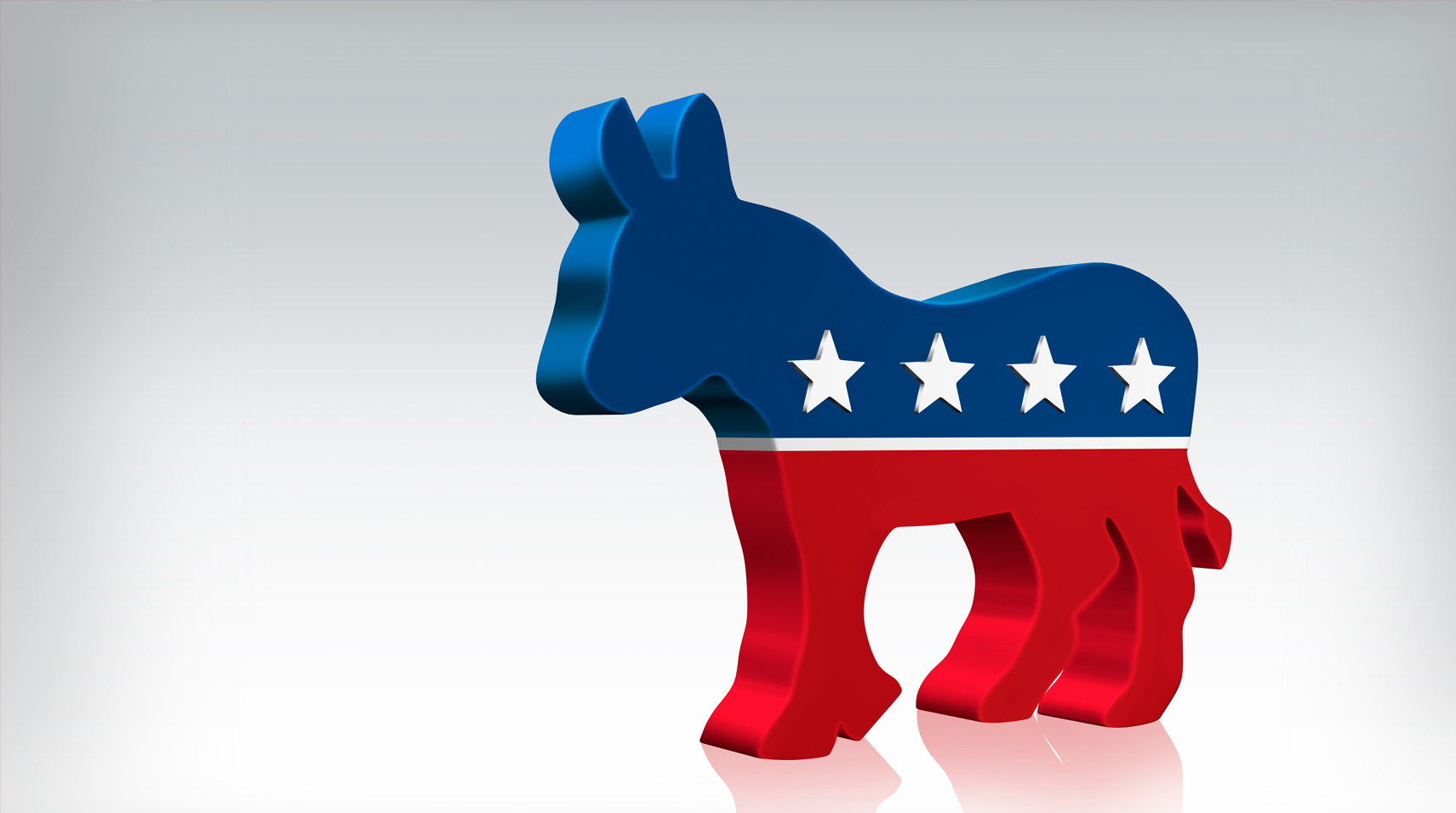 A new CNN poll finds Joe Biden leads the Democratic presidential race with 32%, down from 39% saying they supported him in April.

But none of the other candidates have shown notable gains in the last month. Sen. Bernie Sanders continues to stand alone in second place with 18%, followed by Kamala Harris at 8%, Elizabeth Warren at 7% and Pete Buttigieg at 5%, Beto O’Rourke at 5%, Cory Booker at 3% support, Julián Castro at 2% and Amy Klobuchar at 2% each.

The remaining 14 candidates tested in the poll landed at 1% or less.

“The 2020 presidential campaigns appear to have done little to prepare for what experts predict could be a flood of fake videos depicting candidates doing or saying something incriminating or embarrassing,” Axios reports.

“The recent manipulated video of House Speaker Nancy Pelosi was just a taste of what could lie ahead. Fake video has the potential to sow huge political chaos, and countering it is wildly difficult. And right now, no one can agree who’s responsible for countering it.”

Sen. Michael Bennet (D-CO) has met the polling criteria to qualify for the first Democratic presidential debates at the end of June, Politico reports.

“Bennet crossed the polling threshold Tuesday morning when he got 1 percent in a national poll from CNN, the third qualifying poll in which he’s broken at least 1 percent. That makes Bennet, who entered the presidential race a month ago, the 20th candidate to qualify for the debate under criteria set by the Democratic National Committee.”

Sean Trende: “The general thinking about the Republican Senate majority is that it has solidified to the point where Democrats are effectively shut out of gaining control of the upper chamber in 2020. But in truth, the GOP majority is in more danger than many analysts believe.”

“Just how much jeopardy depends on how you think about the overall state of the race: If the election is going to be close, as many analysts (including myself) seem to believe, then the Senate probably leans Republican at best. And if President Trump is likely to lose, perhaps badly (as other analysts suggest), then Republicans will have a very difficult time maintaining control of the chamber.”

Maryland Gov. Larry Hogan (R) said that “he’s open to considering a presidential campaign in 2024, after his term ends — but ruled out running for the U.S. Senate,” the Baltimore Sun reports.

Said Hogan: “I’m not going to say I won’t run in the future. A lot of people are talking to me about 2024 being a possibility. We won one of the biggest victories in very tough state in a very tough year. People are keeping an eye on what we’re doing here. Are we going to be a bigger tent party or a smaller tent party? That could involve a future run but maybe it won’t.”

“Joe Biden unveiled a wide-ranging climate and energy platform for his 2020 campaign Tuesday, vowing to go ‘well beyond’ President Obama’s policies at a time when he’s facing skepticism on the left,” Axios reports.

“It calls for achieving net-zero U.S. greenhouse gas emissions no later than 2050. That top-level goal is within range of Jay Inslee’s detailed plan, which calls for net-zero ‘as fast as possible’ and by 2045 at the latest.”

Associated Press: “Biden’s plan calls for $1.7 trillion in federal spending over 10 years, with the rest of the investments coming from the private sector. Biden proposes covering the taxpayer costs by repealing the corporate tax cuts that President Donald Trump signed in 2017, while eliminating existing subsidies to the fossil fuel industry.”

Said Buttigieg: “I think it was his decision to make, but I think the way we basically held him to a higher standard than the GOP does their people has been used against us. I would not have applied that pressure at that time before we knew more.”

Rep. Eric Swalwell (D-CA) “sees June as his time to shine — but if America doesn’t fall in love with the four-term congressman, he’s still open to running for a fifth term in the House,” The Hill reports.

Said Swalwell: “I’m running for president right now. Don’t have to make that decision until December. We need this field to start shrinking so candidates can distinguish themselves. I hope to be part of the field as it shrinks. If I don’t, I’m going to be realistic about my options.

“President Trump is targeting a trio of states that he lost in 2016 — a move aimed at widening his path to reelection that comes as he’s struggling in the Rust Belt states that propelled him to the White House,” Politico reports.

“Trump officials are zeroing in on New Mexico, Nevada and New Hampshire, where they insist there’s an opening despite heavy losses Republicans suffered there in the midterms. They’ve deployed around a half-dozen staffers to New Hampshire and several to Nevada, an unusually early investment in places that favor Democrats. And the campaign is doing polling to tease out Trump’s level of support in New Mexico, a focal point for campaign manager Brad Parscale, and they have discussed dispatching aides to the blue state.”

“The maneuvering underscores how Trump is trying to capitalize on his vast financial and organizational advantage over Democrats. Yet it also illustrates how the president, whose own polling shows him falling behind in Michigan, Pennsylvania, and Wisconsin, is seeking out additional routes to a second term.”

Ron Brownstein: “Detailed new research by the Democratic voter-targeting firm Catalist found that the party’s big gains in the 2018 congressional election were fueled not only by unusually high turnout among voters sympathetic to the party, but also by larger-than-expected defections from the GOP among voters who had backed Trump two years earlier.”

“Those findings offer potentially critical evidence as Democrats are debating the best approach to beating Trump in 2020. On one side are progressive activists who say the party should prioritize mobilizing nonvoters, particularly young people and minorities, with an unabashedly liberal agenda. On the other are centrists who say Democrats can’t tilt so far left on issues such as single-payer health care and the Green New Deal that they alienate swing voters who backed Trump in 2016 but may be open to reconsidering now.”

“Rather than picking one path, the new Catalist data on 2018 signals that Democrats need to do some of both in 2020. But, on balance, its analysis found that a clear majority of Democrats’ gains from 2016 to 2018 came from voters switching their preference, rather than from changes in the electorate’s composition.”