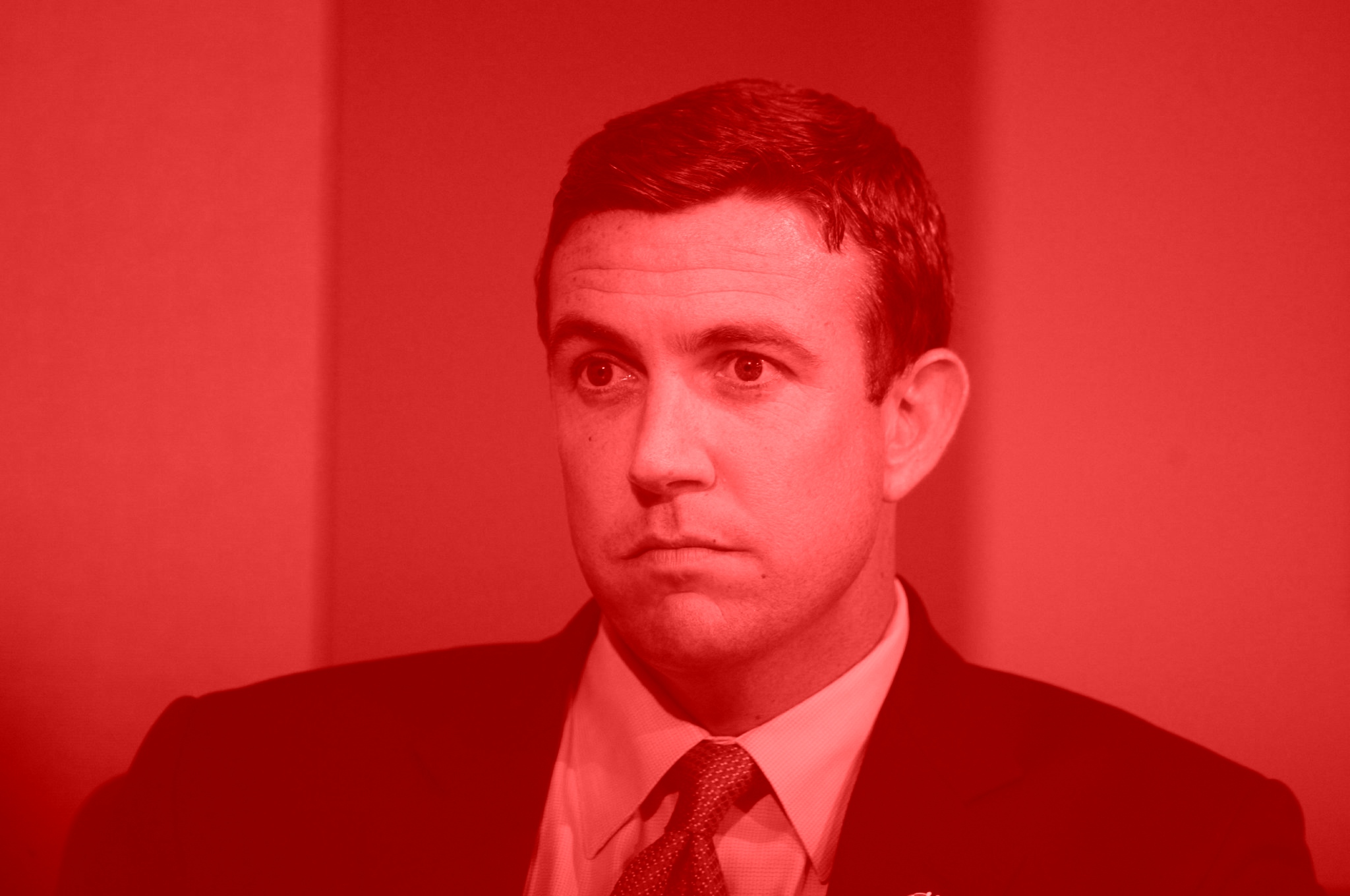 Said Hunter: “I was an artillery officer, and we fired hundreds of rounds into Fallujah, killed probably hundreds of civilians. Probably killed women and children if there were any left in the city when we invaded. So, do I get judged too?”

Yes. These are hundreds of war crimes Hunter just admitted to, and he should be put to death in The Hague after a War Crimes Tribunal finds him guilty of war crimes.

Washington Post: “For Trump, who campaigned on achieving ‘peace through strength,’ the consistent application of a tool kit of toughness has limited his options and left him in a precarious position as he accelerates his campaign for a second term.”

“Despite his pressure tactics, unauthorized immigration at the U.S.-Mexican border is at a 12-year peak, the tariff wars have sent jitters through Wall Street, and Pyongyang has resumed testing of short-range missiles, a sign that Kim is growing impatient.”

CBS News: “Russian Twitter trolls have attempted to fuel the anti-vaccination debate in the U.S., posting about the issue far more than the average Twitter user last year, a study out of George Washington University has found.”

“The ‘sophisticated’ bots shared opinions from both sides of the anti-vaxxer debate, which took the U.S. by storm and prompted tech companies to crack down on the spread of misinformation surrounding vaccinations.”

Ahead of his visit next week to the United Kingdom, President Trump expressed support for Boris Johnson as the country’s next prime minister in an interview with The Sun, calling him “a very good guy, a very talented person.”

Said Trump: “I think Boris would do a very good job. I think he would be excellent.”

He also responded to comments made by Meghan Markle, the Duchess of Sussex, ahead of the 2016 election: “I didn’t know that she was nasty. I hope she is OK.”

“Since leaving the United Nations last year, Nikki Haley’s moves have been closely watched for signs that the former South Carolina governor will run for the White House in 2024,” the Charleston Post & Courierreports.

“A new advocacy group, a new book and a series of high-profile speaking engagements were seen as steps toward a presidential bid.”

“Now Haley is heading to Iowa.”

Bloomberg: “The economic damage of U.S. tariffs on Mexican goods would tear through battleground states that President Trump needs to win re-election, hurting the auto industry in Michigan and Ohio, dairy farmers in Wisconsin and grain and hog farmers in Iowa and North Carolina.”

“Agricultural and industrial regions played an important role in Trump’s electoral map in 2016. He won an Electoral College majority and the presidency based on a combined margin of fewer than 80,000 votes in three states: Wisconsin, Michigan and Pennsylvania.”

“House Judiciary Committee Chairman Jerry Nadler said that there ‘certainly is’ justification for launching impeachment proceedings against President Donald Trump, but cautioned that the public first must agree that it’s warranted,” Politico reports.

Said Nadler: “Impeachment is a political act, and you cannot impeach a president if the American people will not support it.”

Wall Street Journal: “The chairman of the House Intelligence Committee slammed a Justice Department review of the origins of the Russia investigation as a politically charged effort to cast doubt on special counsel Robert Mueller’s findings, demanding the nation’s intelligence chiefs share with the panel any materials they turn over to Attorney General William Barr.”

Reuters: “The United States began collecting higher, 25% tariffs on many Chinese goods arriving in U.S. seaports on Saturday morning in an intensification of the trade war between the world’s two largest economies and drawing retaliation from Beijing.”

The Atlantic: “Over the past two and a half years, the president has interfered in the U.K.’s domestic politics. He has repeatedly undermined its national security with his comments and actions after terrorist attacks in Britain. He has bullied and humiliated the prime minister, Theresa May. He has accused British intelligence agencies of spying on him, even after he promised not to do so. Trump has taken a predatory approach in trade talks, seeking to squeeze controversial concessions out of London at a moment of weakness, even at the risk of sabotaging the prime minister’s Brexit deal. He refused to listen to the British government on vital issues of shared concern, such as Iran and climate change.”

“The special relationship is arguably at its lowest point since the Suez crisis of 1956, when President Dwight Eisenhower pulled the rug out from underneath Britain and France’s attempt to retake the Suez Canal. If this sounds like an exaggeration, just consider the track record.”

Maryland Gov. Larry Hogan (R), “who was considering an insurgent White House bid that would have championed traditional GOP values, will not challenge President Trump for the Republican Party’s 2020 nomination,” the Washington Post reports.

“Hogan’s choice dashes the political hopes of Trump’s leading GOP critics, who have wooed the popular Maryland governor for months and connected him with key players in early voting states — and comes as other top Republicans are shying away from jumping into the presidential fray.”

A new analysis finds Justice Brett Kavanaugh is the second most conservative justice on the Supreme Court next to Justice Clarence Thomas, on a measure that places judges on a liberal-conservative spectrum.

The most liberal are Justice Sonia Sotomayor and Justice Ruth Bader Ginsburg.