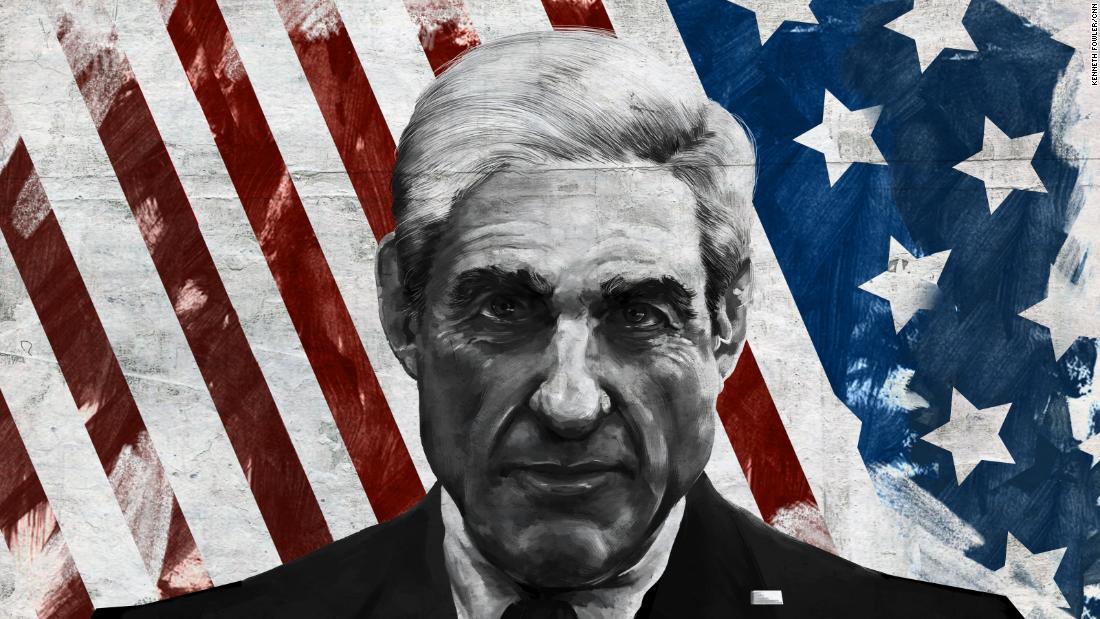 Special counsel Robert Mueller publicly stated that he will not speak beyond what’s contained in his report on Russian interference in the 2016 presidential election. Said Mueller: “The report is my testimony.”

New York Times: “Mueller reemphasized the report’s main findings, including that there was not enough evidence to prove a criminal conspiracy with Russia’s interference and that he made no decision on possible obstruction of justice because of a Justice Department policy on not indicting sitting presidents.”

Mueller also announced his retirement from the Justice Department.

“Given that Special Counsel Mueller was unable to pursue criminal charges against the President, it falls to Congress to respond to the crimes, lies and other wrongdoing of President Trump – and we will do so. No one, not even the President of the United States, is above the law.” — House Judiciary Committee Chairman Jerry Nadler (D-NY), in a statement.

Rick Hasen: “No one knows if a fairly done impeachment inquiry will hurt Democrats politically. No one knows if failing to seriously pursue an impeachment inquiry will hurt Democrats more. So it makes sense to do what is constitutionally required.  After all, it is not as though Pelosi is saying she doesn’t believe Trump obstructed justice or that these are not serious enough charges to merit impeachment. It seems a pure political calculation, which is arguably a dereliction of Congress’s responsibility to investigate.”

“If the House impeaches Trump though a fair process based on strong evidence of obstruction of justice, let the American people watch Mitch McConnell run a sham Senate trial—with Chief Justice John Roberts presiding—and let Republican senators vote against conviction in the face of that evidence. Even if McConnell runs no trial, every senator will be asked her position on whether or not the evidence adduced by the House merits removing the president from office.”

“Sure that’s a political risk for Democrats, but so is doing nothing. More importantly, it’s the right thing to do as a matter of constitutional responsibility. Mueller was saying no less.”

Benjamin Wittes: “Congress’s current strategy is an incoherent muddle. While individual Democratic leaders may well have their eye on the ball, the aggregate output of a disparate committee chairs has reflected no discernable strategy. Some, judging from their statements, seem focused chiefly on getting the full, unredacted Mueller report and the investigative work product that underlies it. Why exactly this is the focus is unclear to me; the marginal information Congress is likely to glean from the full report is small. Much of this material is already available to certain members under admittedly limited conditions. And the legal impediments to the production of the remainder are substantial. Focusing on laying bare what is currently redacted is most unlikely to produce any game-changers. Other than establishing the principle that Congress can get it, it’s not clear what great oversight interest it serves.”

“At the same time, the key committees have only shown limited interest in actually unpacking in public the voluminous material that Mueller has publicly reported and that is thus readily available for discussion. As of today, this requires a major rethink. Mueller himself is not riding in on a white horse to explain it all. If Congress is going to highlight what’s in that report and what Mueller found, it’s going to have to do it on its own.”

Politico: “The party hoped a relentless anti-abortion message coupled with attempts to tag Democrats as socialists could help them regain the House majority. This year alone, House Republicans have tried 50 times to force a vote on ‘born alive’ legislation — which mandates medical care for babies who survive attempted abortions — in an attempt to corner Democrats in swing districts through procedural floor tactics.”

“But Republicans have gone mostly quiet since Alabama’s governor signed a bill into law that all but bans abortion — even in cases of rape and incest — and punishes doctors who provide the procedure with up to 99 years to life behind bars.”

Speaking at a luncheon in Kentucky, CNN reports Senate Majority Leader Mitch McConnell (R-KY) was asked by an attendee, “Should a Supreme Court justice die next year, what will your position be on filling that spot?”

The leader took a long sip of what appeared to be iced tea before announcing with a smile, “Oh, we’d fill it,” triggering loud laughter from the audience.

Politico: “The Pentagon press corps has chafed for months at what reporters see as a sharp decline in access to information, including limited access to officials during trips. Celebrities such as Kiss rocker Gene Simmons and actor Gerard Butler have showed up in the briefing room, but Friday will be a year since the Pentagon held an on-camera briefing with any department spokesperson.”

“Reporters are growing concerned that the U.S. will end up in a military confrontation without the Trump administration ever having to sufficiently — and publicly — defend its case for it.”

Jonathan Bernstein: “In 2016, an unusual number of ‘faithless’ electors did not vote for the candidate they were supposed to. Five Democrats failed to support Hillary Clinton and two Republicans didn’t vote for Donald Trump. Three more Democrats attempted to defect but were blocked by state laws.”

“Although the 2016 election was abnormal in several respects, individual electors have defected six different times over the past 40 years. Most of them were likely engaging in symbolic protests, and would’ve acted differently had the contest been close. But it’s certainly possible that faithless electors could change a future election result, either deliberately or accidentally if enough of them in a close contest all think that they’re casting harmless protest votes.”

“There’s no justification for any of it. Whether one supports the Electoral College or not, personal choices by the electors simply aren’t part of the system – and never have been, despite the Framers’ intentions, basically since the Constitution was adopted.”

Former U.K. Foreign Secretary Boris Johnson has been ordered to appear in court over allegations that he lied when he said the U.K. gave the European Union £350 million per week during the 2016 Brexit referendum campaign, the BBC reports.

Axios: “The summons does not provide great optics for Johnson, who is a frontrunner to replace Theresa May as leader of the Conservative Party and become the country’s next prime minister.”

“Russia has likely been secretly carrying out very low-yield nuclear tests to upgrade its nuclear arsenal, according to a new U.S. intelligence assessment, challenging Moscow’s claims that it is faithfully adhering to an international treaty banning nuclear tests,” the Wall Street Journal reports.

“The assessment marks the first time the U.S. has said the Kremlin has failed to strictly observe its commitments under the Comprehensive Nuclear Test Ban Treaty.”

New York Times: “You might think that Michael Wolff, whose blockbuster Fire and Fury wasn’t exactly a glowing portrait of President Trump’s first year in the White House, might have burned so many bridges that a second insider book on the administration would have been an impossible task.”

“But it’s not as if the Trump team became more disciplined and tight-lipped in its second year. As Wolff explains in Siege, a number of the people who helped him on the first book have left the administration but are still in on the gossip loop, joining Wolff in what he calls ‘my train-wreck fascination with Trump — that certain knowledge that in the end he will destroy himself.’”

“There are salacious details in this book — many of which Trump’s critics will want to eat up — though with so many unnamed sources, Trump’s compulsion for hyperbole and Wolff’s own journalistic record, it’s hard to know which tidbits to trust.”

James Comey: “It is tempting for normal people to ignore our president when he starts ranting about treason and corruption at the FBI. But we shouldn’t, because millions of good people believe what a president of the United States says.”

“In normal times, that’s healthy. But not now, when the president is a liar who doesn’t care what damage he does to vital institutions. We must call out his lies that the FBI was corrupt and committed treason, that we spied on the Trump campaign, and tried to defeat Donald Trump.”

Franklin Graham, a prominent evangelical supporter of President Trump, is calling for Christians across the country to set aside this Sunday as a “special day of prayer” for the president, the HuffPost reports.

Said Graham: “President Trump’s enemies continue to try everything to destroy him, his family, and the presidency. In the history of our country, no president has been attacked as he has. I believe the only hope for him, and this nation, is God.”