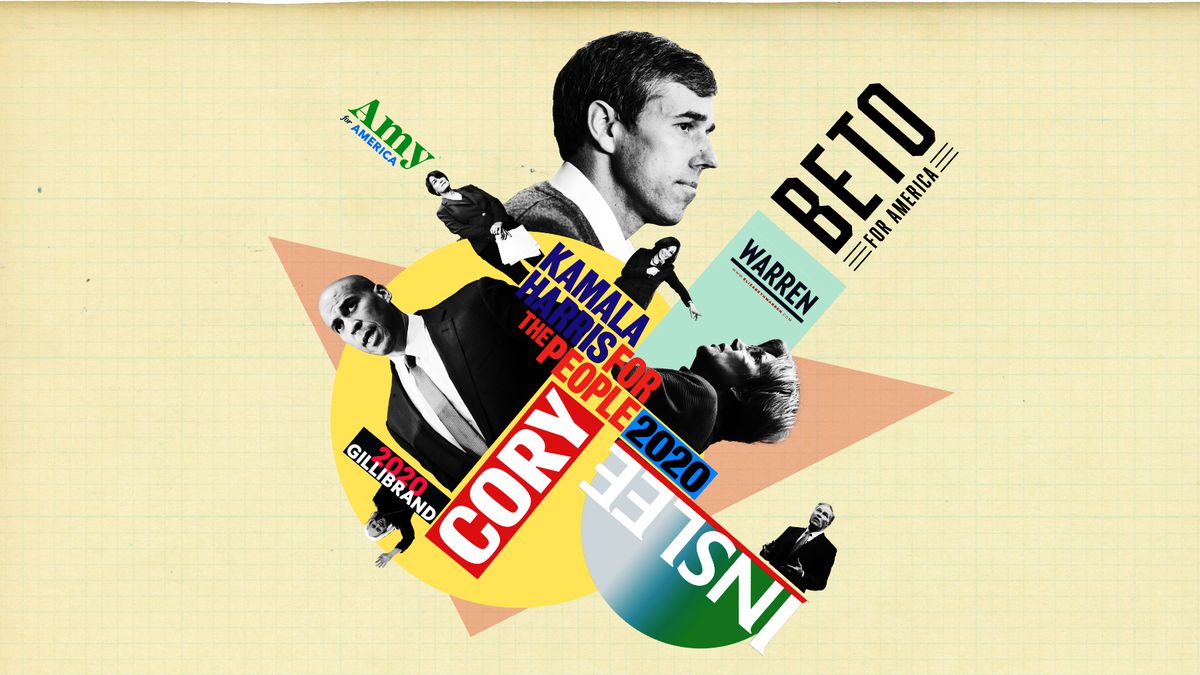 A new Quinnipiac poll finds 22% of Americans rate the nation’s economy as “excellent,” while another 49% of voters say the economy is “good.”  The total 71% for “excellent” and “good” is the highest total number for American voter attitudes on the economy in almost 18 years.

However, American voters also give President Trump a negative 38% to 57% approval rating. “Trump begins his reelection campaign in a deep hole as 54% of American voters say they ‘definitely’ will not vote for him.”

He gets negative grades for handling other issues:

With a 49 – 39 percent favorability rating, former Vice President Joseph Biden is the only presidential contender, Democrat or Republican, with a clear positive score. Favorability ratings for other Democrats are negative or mixed:

In the Democratic primary race– Biden 35–Sanders 16–Warren 13–Harris 8–Buttigieg 5. No other Democrat tops 3 percent, with most less than 1 percent.

One of the more striking findings of the new Quinnipiac poll is the dismal 8% to 45% favorability rating for New York City Mayor Bill de Blasio.

Phillip Bump: “Why’s it so low? Because Republicans dislike him strongly (minus-55) as they do most of the Democratic candidates. But his unpopularity with Democrats means there’s not really anything to offset those negative opinions.”

A new CBS News poll finds that 67% of Americans want Roe v. Wade left in place, and most who hold that view would be disappointed or angry if the ruling were to be overturned someday.

“Amid the hullabaloo over purported immigrant hordes, alleged Chinese perfidy on trade and a Green New Deal, Americans — crossing lines of age, party and gender — are united in what they really care about, according to a new poll: health care,” Axios reports. “Eighteen months before the presidential election, the finding suggests potential peril for President Trump should he be seen as insensitive on the issue.”

“Health care was the most important issue across all three groups: 45% of Democrats, 30% of Republicans and 31% of independents ranked it their No. 1 issue from a list of six that were shown. For Republicans, 29% said the economy was the No. 1 issue and 28% immigration. 62% of all people polled said health care is the No. 1 or 2 issue.”

“There is growing buzz that Rep. Justin Amash (R-MI) will leave the Republican Party to mount a challenge against President Trump as the Libertarian Party’s presidential candidate,” The Hill reports.

“Support for Trump was unquestionable, and colorful, as more than 1,500 delegates to the Georgia Republican Party gathered last week for an annual convention in this port city and tourist Mecca… But in conversations with the Washington Examiner, veteran GOP activists were sober about the challenges confronting Trump in Georgia absent a significant investment in resources.”

“Reliably red since the mid-1990s, the state is in transition, spurred by Democratic gains in the Atlanta suburbs that are partly a byproduct of a rejection of the president. Republicans, chastened by last year’s razor-thin gubernatorial contest, say this evolution might have reached a tipping point.”

A new Crantfield Research poll that we published yesterday from South Carolina also asked for voters’ top three choices in the Democratic presidential race: 65% of respondents put Joe Biden in the top three — the only 2020 candidate selected by a majority of respondents — and 42% said Biden would be their first choice.

A new Gallup poll finds Americans’ confidence in the U.S. job market is the highest in Gallup’s trend originating in 2001, with 71% in May saying now is a good time to find a quality job.

President Trump was “thrilled” that his campaign acquired Northern Virginia office space at “bargain basement” rates, a campaign official told the Washington Examiner in an interview in the plush 14th floor offices overlooking the Potomac River from Arlington, Va.

But campaign finance specialists say the “steal” could violate election law, which views below-market rates for rent as an illegal in-kind campaign donation.

“In the days leading up to Beto O’Rourke’s presidential campaign, a top Republican opposition research firm was brimming with requests from political reporters angling for dirt,” the Daily Beast reports.

“America Rising, a political action committee that shared details of its internal inquiries with The Daily Beast, said the asks came from a dozen or more reporters and ranged from broad questions to more tailored points of interest. But 10 weeks after O’Rourke’s official launch, those requests are virtually nonexistent.”

Said one staffer: “The requests for oppo on him have completely died off.”

Beto O’Rourke told Politico that he would participate in a town hall hosted by Fox News. Said O’Rourke: “Absolutely… This campaign is about going to where people are, and you see that physically in where I show up. But it also has to be in those channels or those social media streams where people get their news and their information. That also includes Fox.”

According to Page Six, Donald Trump Jr. is telling people he would like to run for New York City mayor. LOL.