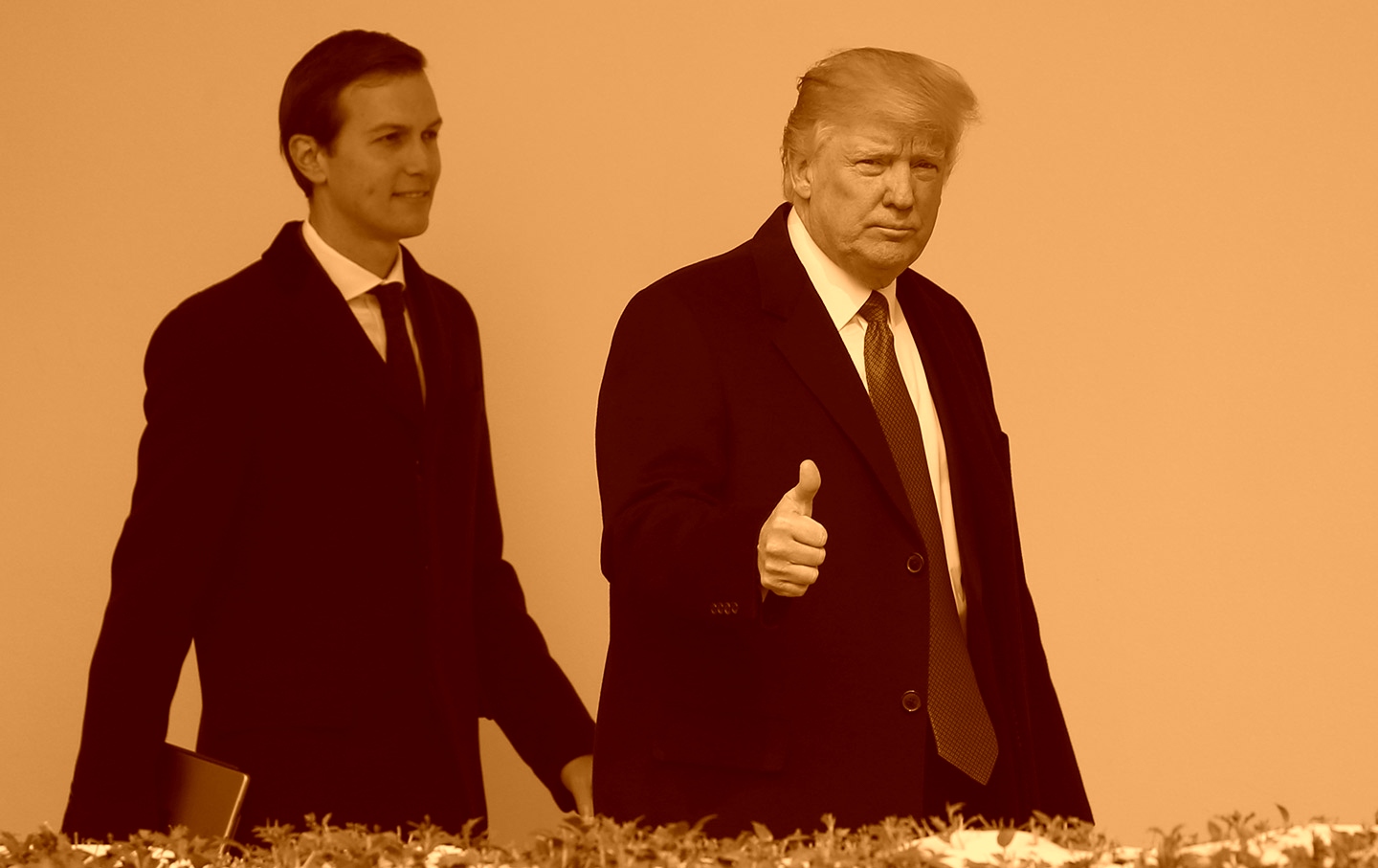 “Anti-money laundering specialists at Deutsche Bank recommended in 2016 and 2017 that multiple transactions involving legal entities controlled by Donald Trump and his son-in-law, Jared Kushner, be reported to a federal financial-crimes watchdog,” the New York Times reports.

“The transactions, some of which involved Mr. Trump’s now-defunct foundation, set off alerts in a computer system designed to detect illicit activity… Compliance staff members who then reviewed the transactions prepared so-called suspicious activity reports that they believed should be sent to a unit of the Treasury Department that polices financial crimes.”

“But executives at Deutsche Bank, which has lent billions of dollars to the Trump and Kushner companies, rejected their employees’ advice. The reports were never filed with the government.”

Financial Times: “As a top adviser to Jeb Bush’s failed 2016 presidential campaign, Mike Murphy was unable to convince Republican voters that Donald Trump was a disastrous businessman and charlatan unfit to run the country.”

“Now Mr Murphy is hoping to have the last word, this time via the big screen. The veteran Republican political strategist is shopping an unflattering movie project about Mr Trump’s ill-fated Atlantic City days.”

“Eighteen months ago he quietly bought the film rights to the book Trumped! The Inside Story of the Real Donald Trump — His Cunning Rise and Spectacular Fall, a first-hand account by John O’Donnell of his agony as a top executive at Mr Trump’s Atlantic City casinos in the 1980s. Dan Sterling, writer of the current Hollywood hit Long Shot, has helped turn it into a screenplay, which the two have begun circulating.”

Said Romney: “I respect him. I think it’s a courageous statement. But I believe that to make a case for obstruction of justice, you just don’t have the elements that are evidenced in this document.”

President Trump called Rep. Justin Amash (R-MI) a “total lightweight” who is causing controversy solely for “the sake of getting his name out there.”

Amash is the first GOP lawmaker to say he was in favor of impeaching Trump.

Said Trump: “If he actually read the biased Mueller Report, ‘composed’ by 18 Angry Dems who hated Trump, he would see that it was nevertheless strong on NO COLLUSION and, ultimately, NO OBSTRUCTION. Anyway, how do you Obstruct when there is no crime and, in fact, the crimes were committed by the other side? Justin is a loser who sadly plays right into our opponents hands!”

New York Times: “The unemployment rate is at a 50-year low, companies are adding jobs and the gross domestic product grew by 3.2 percent in the first quarter, undercutting predictions of a coming recession.”

“Yet for all that political upside, Republicans demonstrated repeatedly last week that they were not positioning themselves to wage the 2020 election over the strength of the economy.”

“President Trump and his top advisers sent mixed signals about a possible war with Iran. Mr. Trump outlined a hard-line immigration proposal that had little chance of passing, but refocused attention on the most incendiary issue of his presidency. His drumbeat about tariffs on China sent the stock market gyrating. And in Alabama, the Republican governor signed a bill that would effectively ban abortion, the most recent and far-reaching of new state restrictions and a step toward a possible Supreme Court showdown over abortion rights.”

Dan Balz: “For more than two centuries, until the election of 2008, American presidents all looked alike. They were white and male and every one of them came to office with experience in the government, military or both. Barack Obama, the first African American president, broke one mold. Donald Trump, who had neither military nor government experience, broke the other.”

“In their own ways, Obama and Trump were two of the most unlikely people ever elected to the presidency, raising the question of whether voters in America are using a new lens through which to judge the qualities and qualifications of presidential aspirants. Trump’s presidency continues that experiment, as does the competition among the candidates seeking the Democratic nomination to oppose him in 2020.”

President Donald Trump tweeted on late Saturday night that he is “strongly Pro-Life, with the three exceptions – Rape, Incest and protecting the Life of the mother,” indicating that he disagrees with Alabama’s new severe abortion ban.

It seems that Trump’s main concern is that too harsh of an anti-abortion law would unify the left.

“The Radical Left, with late term abortion (and worse), is imploding on this issue. We must stick together and Win for Life in 2020,” the President tweeted. “If we are foolish and do not stay UNITED as one, all of our hard fought gains for Life can, and will, rapidly disappear!”

“House Democrats are considering a new idea to pressure the Trump administration to comply with their subpoenas. The idea is to use the appropriations process as leverage and threaten to withhold funding until they get the documents and testimony they’ve requested,” Axios reports.

“It’s a move that has a high risk of failure, since appropriations bills have to be approved by a Republican-held Senate and signed by the president. But given the Trump administration’s determination to resist all of the Democrats’ oversight efforts, and the prospect that court fights could take years, they’re being forced to consider every tool they might have.”