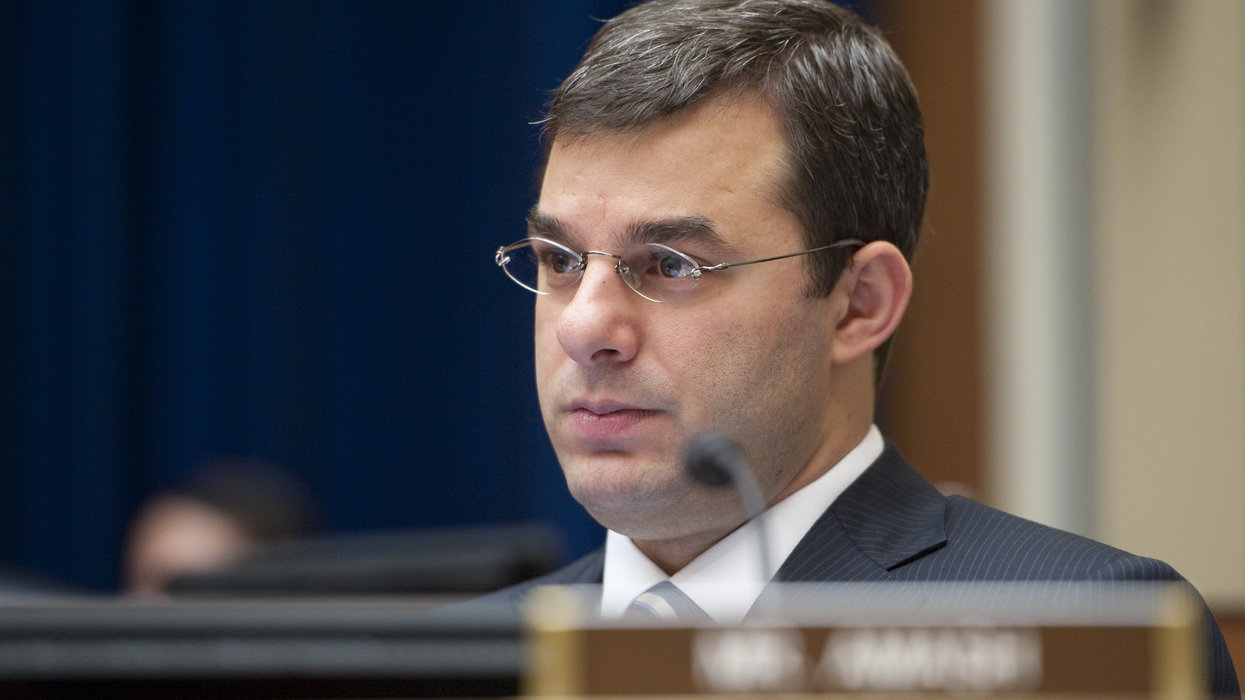 Rep. Justin Amash (R-MI) slammed President Trump and Attorney General William Barr is a series of tweets, while saying he offers his conclusions “only after having read Mueller’s redacted report carefully and completely.”

He concludes: “America’s institutions depend on officials to uphold both the rules and spirit of our constitutional system even when to do so is personally inconvenient or yields a politically unfavorable outcome. Our Constitution is brilliant and awesome; it deserves a government to match it.”

Washington Post: “An attempt by President Trump’s senior adviser Stephen Miller to engineer a new shake-up at the Department of Homeland Security was blocked this week by Kevin McAleenan, the department’s acting secretary, who said he might leave his post unless the situation improved and he was given more control over his agency.”

“The closed-door clash flared over the fate of Mark Morgan, the former FBI official the president has picked to be the new director of U.S. Immigration and Customs Enforcement.”

“While he was cooperating with special counsel Robert Mueller’s investigation, former Trump national security adviser Michael Flynn contacted at least one member of Congress who was publicly criticizing the special counsel probe,” according to messages obtained by CNN.

“Flynn sent Twitter direct messages to Rep. Matt Gaetz, encouraging the Florida Republican to ‘keep the pressure on.’ It’s not clear if Flynn sent additional messages to other lawmakers.”

“Austria’s chancellor called Saturday for snap elections after the country’s far-right vice chancellor resigned over a secretly filmed video from 2017 that renewed questions about whether Russia had a direct line into a government at the heart of Europe,” the New York Times reports.

“The video showed Vice Chancellor Heinz-Christian Strache of the far-right Freedom Party promising government contracts to a woman claiming to be the niece of a Russian oligarch.”

“President Trump has requested the immediate preparation of paperwork needed to pardon several American military members accused or convicted of war crimes — including high-profile cases of murder, attempted murder and desecration of a corpse — indicating that he is considering pardons for the men on or around Memorial Day,” the New York Times reports.

A new Observer/Opinium poll in the U.K. finds more voters now say they would back the Brexit party at the next general election than the Conservatives.

“Nigel Farage’s party increased its support by three points to 24% of the vote, leapfrogging the Tories and trailing Labour by just five points. The Conservatives claimed 22% of the vote, the same figure they recorded in last week’s poll.”

“Joe Biden, sometimes known to Democrats in this city as Pennsylvania’s ‘third senator,’ returned to the state of his birth on Saturday to deliver a forceful call for national unity, looking past the Democratic presidential primary to directly appeal to the voters who helped power President Trump’s victory in this state and across the country in 2016,” the New York Times reports.

“Mr. Biden… trained his eye squarely on the general election as he cast the contest against Mr. Trump as one for the soul of the country. And he struck a defiant tone toward those in his own party who had expressed discomfort with Mr. Biden’s emphasis on bipartisanship and his legacy of Washington deal-making, as he argued that the stakes of the coming presidential election should transcend partisan passions of the moment.”

Said Biden: “They say Democrats are so angry, the angrier a candidate can be, the better chance he or she has to win the Democratic nomination. Well I don’t believe it, I really don’t.”

He added: “If the American people want a president to add to our division, lead with a clenched fist, closed hand, a hard heart, to demonize the opponents and spew hatred — they don’t need me. They’ve got President Donald Trump. Folks, I am running to offer our country — Democrats, Republicans and independents — a different path. Not back to a path that never was, but to a future that fulfills our true potential as a country.”

“Trump’s use of taxpayer-funded transportation to post a political message raises some legal and ethics questions. But possibly the greatest crime, some experts say, is the breakdown of norms.”

“Scott Morrison, Australia’s conservative prime minister, scored a surprise victory in federal elections on Saturday, propelled by a populist wave — the ‘quiet Australians,’ he termed it — resembling the force that has upended politics in the United States, Britain and beyond,” the New York Times reports.

“The win stunned Australian election analysts — polls had pointed to a loss for Mr. Morrison’s coalition for months. But in the end, the prime minister confounded expectations suggesting that the country was ready for a change in course after six years of tumultuous leadership under the conservative political coalition.”

Washington Post: “The apparent upset victory was the latest election to trample predictions by polling firms, which all showed Morrison’s political bloc trailing the opposition Labor Party. It also carried other uncanny parallels with Trump’s rise.”

New York Times: “Ms. Gillibrand raised less money from small contributors in her first quarter as a presidential candidate than she had in six of the eight previous quarters when she wasn’t running for president.”

“Now, Ms. Gillibrand is making some changes. Her campaign is winding down the role for one of her longest-serving political and digital firms, Anne Lewis Strategies, where she spent $5.6 million in 2017 and 2018. That was nearly 60 cents of every dollar she spent, much of it to buy Facebook ads.”

“Facebook is still reeling from the fallout from its Cambridge Analytica scandal more than a year ago, as multiple former recruiters say candidates are turning down job offers from what was once considered the best place to work in the United States,” CNBC reports.

“Among top schools, such as Stanford, Carnegie Mellon and Ivy League universities, Facebook’s acceptance rate for full-time positions offered to new graduates has fallen from an average of 85% for the 2017-2018 school year to between 35% and 55% as of December, according to former Facebook recruiters.”

Agriculture Secretary Sonny Perdue said the Trump administration “could make as much as $20 billion available to farmers in a second round of assistance designed to help offset losses from China’s latest retaliatory tariffs,” Politico reports.

“The second installment of trade aid is being modeled after the one last year. USDA pledged up to $12 billion in assistance for 2018 production, mostly in the form of direct payments to farmers stung by retaliatory duties, as well as commodity purchases.”

Michigan state Rep. Larry Inman (R) has been indicted by a federal grand jury, “accused of trying to sell his vote on a measure to repeal Michigan’s prevailing wage law,” the Detroit Free Press reports.

“Inman is charged with attempted extortion, soliciting a bribe, and making a false statement to the FBI and could face up to 20 years in prison if convicted on the most serious charge.”

The Washington Post reports one of Inman’s text messages, which allegedly offered up a lawmaker’s vote in exchange for cash, ended with a famous five-word phrase: “We never had this discussion.”