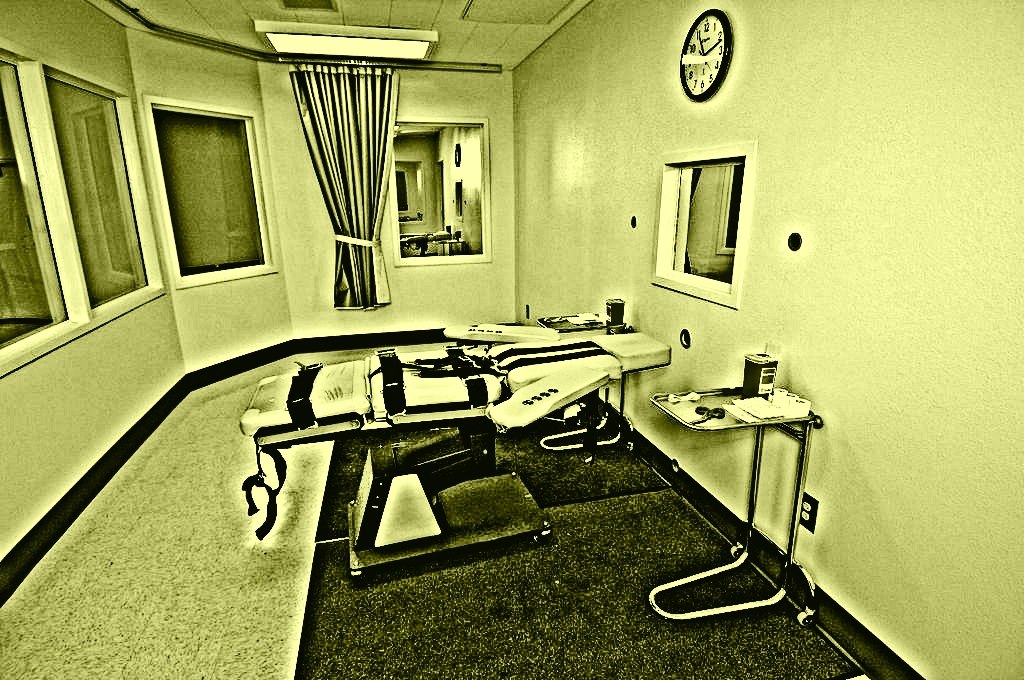 House 165 would bring back the Death Penalty in Delaware. It is called the Extreme Crimes Protection Act. So the bill is protecting Extreme Crimes? Well, yes, since the state-sponsored murder would be an Extreme Crime.

Delaware’s death penalty statute was ruled unconstitutional by the U.S. Supreme Court several years ago now. This bill seeks to correct the deficiencies held to be unconstitutional by the U.S. Supreme Court and the Delaware Supreme Court. Delaware’s now stricken death penalty statute gave a jury the right to offer non-binding recommendations on sentencing death for convicted murderers, although a judge had the final discretion. Unanimity was needed to determine if there were any aggravating circumstances but not whether they outweighed mitigating factors.

The list of aggravating factors would include the victim being a member of law enforcement, the murder being “outrageously or wantonly vile, horrible or inhuman” or the crime being retribution for the victim testifying on criminal activity. Further, the presiding judge would have to approve the jury’s findings and determine the defendant was not mentally ill.

The House passed a Death Penalty Restoration bill in 2017, but it died in the Senate without getting a vote. The tally was 24-16. Here is the breakdown of that vote:

Way too many blue names up in the yes column. Earl Jaques should reconsider his vote this time around, if he wants to win his primary race.

Melanie Smith is gone, replaced by Kendra Johnson, who is possibly a no vote. The same is true for Mike Mulrooney, who has been replaced by Melissa Minor Brown. So that brings us down to 22 votes. We need two more votes to defeat this bill. Joe Miro’s no vote got replaced by Michael Smith, who might be a yes vote, unfortunately. So now we need three more votes.

Krista Griffith replaced Deborah Hudson, so that could be a no vote and we are back down to 22 votes. Paradee got promoted to the Senate, but I doubt Bill Bush will pave a courageous path here. Surprise me Bill.

So if this bill gets a vote in the House, it will likely pass, 22-19. In the Senate, you can assume that Paradee and Ennis are once again betraying us. Hey, I have an idea for Dave McBride and Nicole Poore. Since you both screwed Delawareans with your tabling of the gun safety bills, mostly because Nicole was too scared to vote yes (so McBride took the proverbial bullet for her), how about you replay the same strategy. You do owe us one.