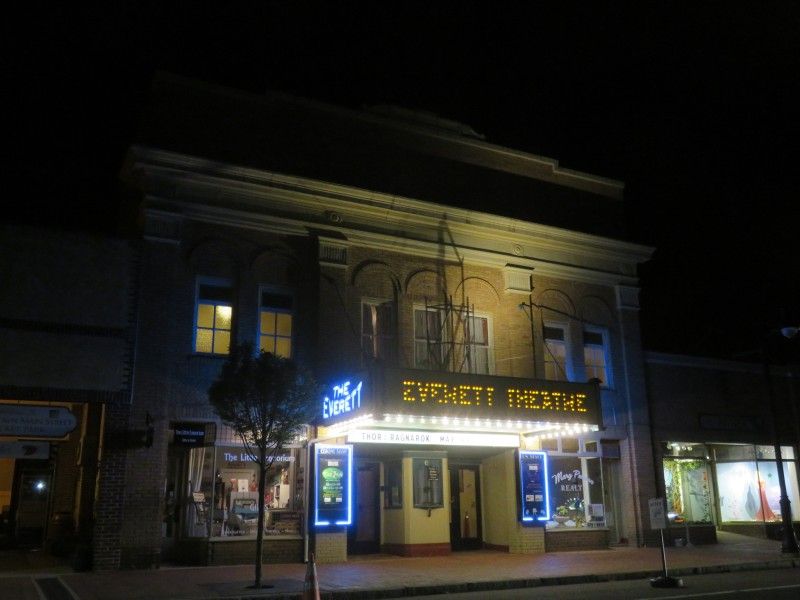 The Everett Theatre, on Main Street in Middletown. The theater was built in 1922 and was originally known as the Middletown Theatre. It showed movies until 1979. After remaining closed for four years, it opened again in 1983 as a performing arts venue. The theater features a carbon-arc movie projector, and a Rogers Trio organ from the silent movie era. Photo by xzmattzx.