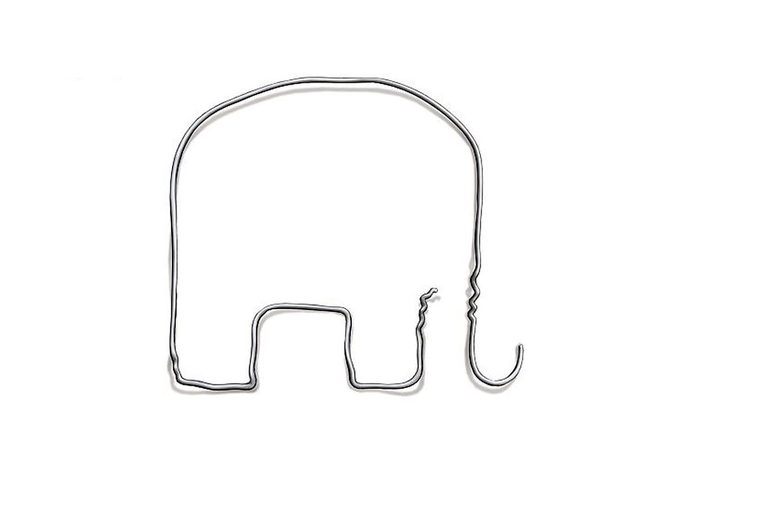 “After several hours of contentious debate, the Alabama Senate tonight voted 25-6 to pass what many say will be the strictest abortion ban in the nation,” the Birmingham News reports.

“The controversial abortion bill all but bans the procedure in the state. The bill would make it abortion a felony in Alabama, setting up what could be the country’s strictest anti-abortion law.

Alabama Gov. Kay Ivey (R) signed a law banning abortion in almost all cases, including rape and incest, the AP reports. From her statement: “To the bill’s many supporters, this legislation stands as a powerful testament to Alabamians’ deeply held belief that every life is precious and that every life is a sacred gift from God.” A gift so sacred that these same Republicans spend the rest of that gift’s life denying it education, food, and healthcare, not to mention a clean environment to grow up in.

Pat Robertson called the Alabama bill to outlaw abortion “an extreme law” and said that it will most likely be overturned at the Supreme Court.

Said Robertson: “I think Alabama has gone too far, they’ve passed a law that would give a 99-year prison sentence to those who commit abortions. There’s no exception for rape or incest. It’s an extreme law and they want to challenge Roe v. Wade, but my humble view is that this is not the case we want to bring to the Supreme Court because I think this one’ll lose.”

“Amid a deepening trade war with China, President Trump declared a ‘national emergency’ to protect U.S. communications networks in a move that gives the federal government broad powers to bar American companies from doing business with certain foreign suppliers — including the Chinese firm Huawei,” the Washington Post reports.

New York Times: “Pentagon and American intelligence officials have warned that Chinese firms will be able to control the networks and have expressed concerns not only that secure messages could be intercepted or secretly diverted to China, but that the Chinese authorities could order Huawei to shut down the networks during any conflict.”

“President Trump will make a fresh bid Thursday to remake U.S. immigration policy, proposing an expansion of skills-based visas offset by new restrictions on refugees and family members—a proposal likely to ignite a dispute over issues that divide political parties and the country,” the Wall Street Journal reports.

Washington Post: “The proposal, previewed by Kushner and other Trump aides in private briefings on Capitol Hill over the past two weeks, already is facing skepticism from lawmakers in both political parties, and there appears to be no clear path toward advancing the plan through Congress.”

“Kushner struggled to answer questions about his plan to overhaul the immigration system in a closed-door meeting with Republican senators Tuesday, winning little support for the proposal,” the Washington Post reports. “Republican officials said Kushner had difficulty answering questions from a friendly audience, prompting Trump’s other senior adviser, Stephen Miller, to interrupt and take over the conversation.”

Josh Marshall: “Looking at the escalating (US-created) crisis with Iran, one thing I realize is that a lot of people do not quite know who John Bolton is. They assume – rightly – that anyone in the Trump orbit must be either a moral weakling, a crazy person or someone with one foot out the door. All true. But John Bolton is a unique and uniquely dangerous character.”

“Bolton is a caricature of a militarist and warmonger. He is sometimes classed with the so-called ‘neo-conservatives’ who played the central role getting the country into the Iraq War. This isn’t really correct, either in classification or historical terms. For all their shortcomings many of the leading neoconservative policy hands and intellectuals were big on democracy promotion – often in foolish ways, usually only when it was convenient and mainly in Europe. But this is at least part of the worldview.”

“Bolton doesn’t come from that worldview, as limited and as disastrous as it has proven. In really every context he is for hard US dominance, unilateralism and war as the preferred course of action. Again, he’s really the caricature of a militarist, the kind of one-dimensional, clownishly hawkish type who gets described in small circulation left-wing magazines but can’t possibly exist in real life, only he does exist and his name is John Bolton.”

Meanwhile, “The U.S. Embassy in Iraq says the State Department has ordered all non-essential, non-emergency government staff to leave the country right away amid escalating tensions with Iran,” the AP reports.

“The alert, published on the embassy’s website on Wednesday, comes after Washington last week said it had detected new and urgent threats from Iran and its proxy forces in the region targeting Americans and American interests.”

“President Trump left a meeting with Senate Majority Leader Mitch McConnell on Tuesday morning seemingly open to a deal with Democrats to raise the budget caps that will cause strict spending cuts in the fall,” Politico reports.

“While Trump did not commit to anything, the president is notably warmer than some of his staff on the possibility of avoiding blunt budget cuts in the fall that will hit if there’s no new fiscal deal, the sources said. McConnell (R-KY) laid out the need to do a caps deal and the president seemed receptive.”

Playbook: “Will Democrats cut deals with Republicans this fall if the president continues to stonewall all of their investigations?”

Playbook: “They say the administration’s stonewalling amounts to a ‘constitutional crisis.’ But they have all-but ruled out impeachment — the process by which Congress deals with constitutional crises — because many atop the party believe it’s a political disaster in the making.”

“So now, the Democrats’ message has turned into this: Trump is a threat to democracy and our government, but… we won’t impeach him because it’s a battle we would lose, it might not be worth it and he’s impeaching himself each time he talks.”

“Compare that to Trump’s message: No collusion or obstruction. It fits on a bumper sticker. Never mind that it’s a bit more complicated than that.”

“President Trump is telling advisers and close allies that he has no intention of pulling back on his escalating trade war with China, arguing that clashing with Beijing is highly popular with his political base and will help him win reelection in 2020 regardless of any immediate economic pain,” the Washington Post reports. “Administration officials and outside Trump advisers said Tuesday that they do not expect him to shift his position significantly in coming days, saying he is determined to endure an intensifying showdown with Chinese President Xi Jinping despite turbulence in global markets and frustration within his own party.”

Treasury Secretary Steven Mnuchin suggested today that he will reject House Democrats’ subpoena for President Trump’s tax returns, and that the issue is headed for the courts, Politico reports. Said Mnuchin: “There is a difference in interpretation between Congress and us and the Department of Justice around this law. This is why there are three branches of government so if there is a difference of opinion this will go to the third branch of government to be resolved.”

President Trump was irritated on Sunday after National Economic Council Director Larry Kudlow acknowledged in a Fox News interview that American consumers end up paying for the administration’s tariffs on Chinese imports, contradicting Trump’s claim that the Chinese foot the bill, the Washington Post reports. Said a White House source: “Trump called Larry, and they had it out.”

The Atlantic: “In the Trump White House a month and a-half is more like a lifetime, meaning that many officials, voters, and reporters—not to mention Trump himself—have long since moved on from the momentary chaos.”

“This routine has both drawbacks and benefits for the president. But for American taxpayers and citizens of other countries, the effects can be devastating. By impulsively announcing a policy, Trump often harms his chances of actually seeing it brought to life, given a directive’s typical lack of vetting. But because so much of the news cycle is driven by Trump’s off-the-cuff statements and tweets—and not necessarily the follow-through—his supporters are often left with the image of a president who has, in fact, slashed aid to Central America, even if the money is still flowing into the three countries in question. (It is.) As one senior Trump-campaign official told me last week, the president’s appeal is about ‘the fight,’ not ‘the resolution.’”

“The White House will not sign an international agreement to combat online extremism brokered between French and New Zealand officials and top social media companies, amid U.S. concerns that it clashes with constitutional protections for free speech,” the Washington Post reports.

“The decision comes as world leaders prepare to announce the so-called ‘Christchurch call to action’ on Wednesday, an effort named after the New Zealand city where a shooter attacked two mosques in an attack inspired by online hate and broadcast on social-media sites. The document calls on governments and tech giants to improve their efforts to study and stop the spread of harmful content.”

The White House’s top lawyer told the House Judiciary Committee chairman that Congress has no right to a “do-over” of the special counsel’s investigation of President Trump and refused a broad demand for records and testimony from dozens of current and former White House staff, the Washington Post reports.

But White House counsel Pat Cipollone “stopped short of asserting executive privilege. Instead, he told Nadler he would consider a narrowed request if the chairman spells out the legislative purpose and legal support for the information he is seeking.”