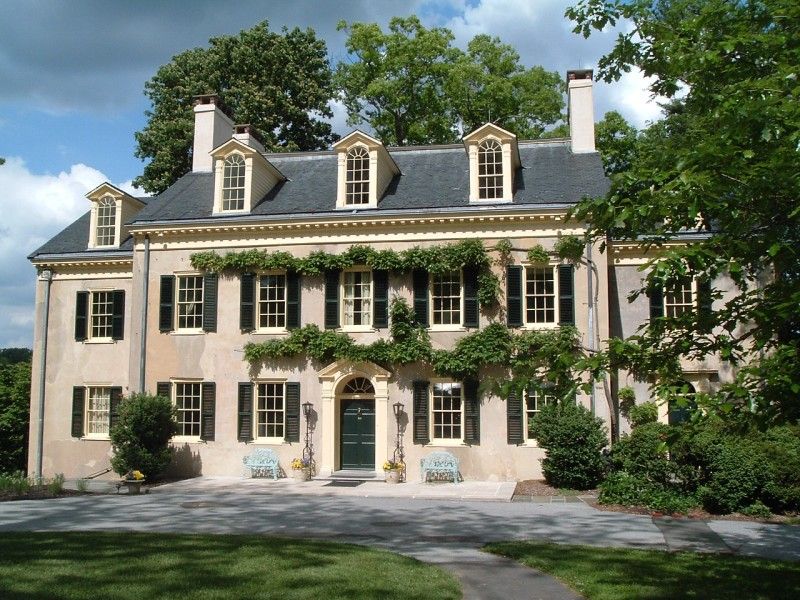 The Eleutherian Mills, off of Buck Road at the Hagley Museum in Montchanin. The house was built in 1803 by E.I. du Pont. It overlooked the Upper Yard of the gunpowder manufacturing site, which allowed du Pont to keep an eye on operations. The Marquis de Lafayette stayed at the house while touring the United States. The du Ponts lived in the house until 1890, when an explosion in the yard heavily damaged the building. Afterwards, it became a worker’s clubhouse. In 1921, restoration on the house began by Louise Crowninshield, daughter of Henry Algernon du Pont, after the powder works closed. First Lady Jacqueline Kennedy visited the house in 1961 to gather ideas for restoration of the White House. Photo by xzmattzx.