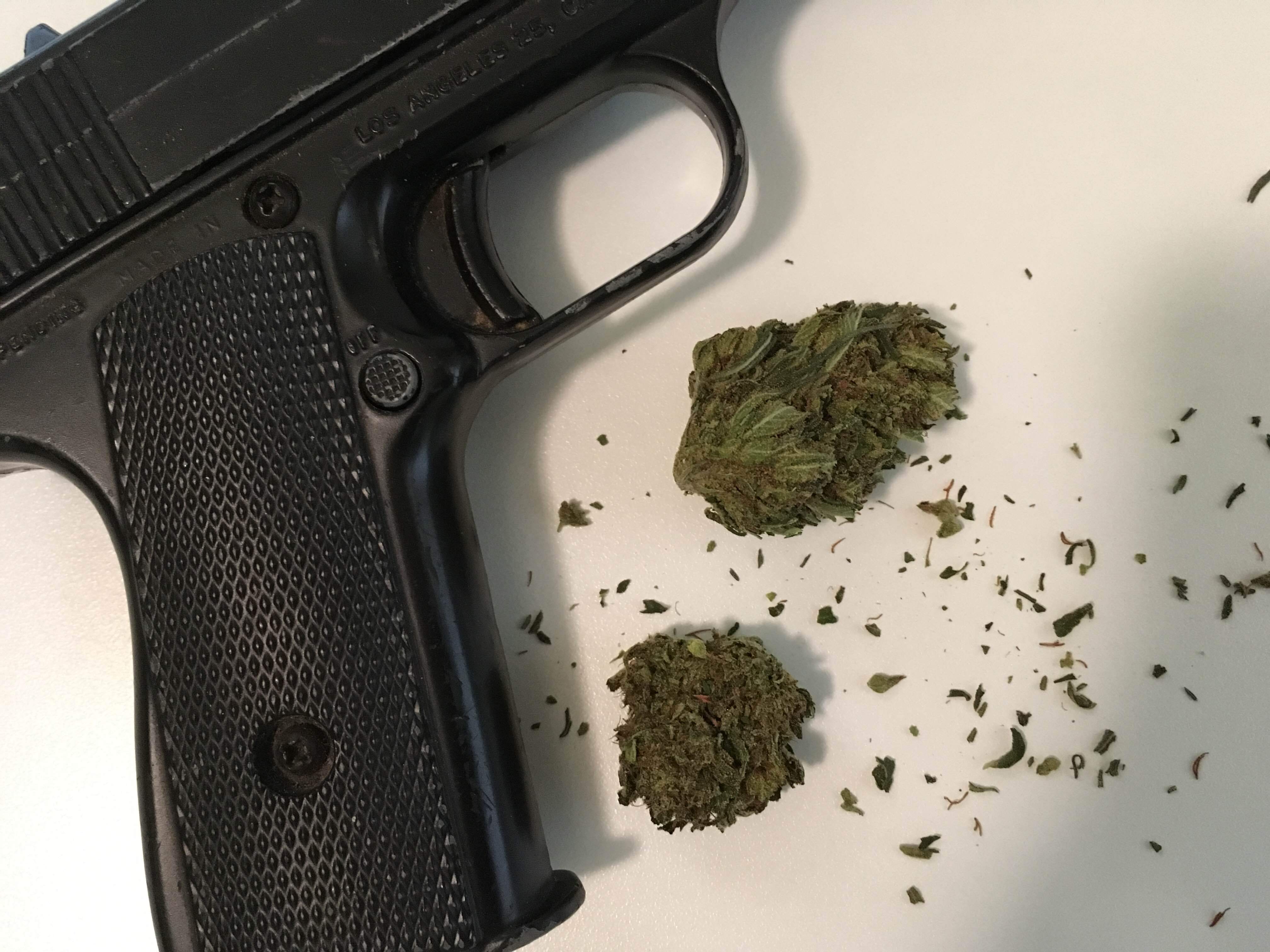 Republicans will always fight to protect a person’s right to possess a gun, no matter the circumstance. Senator Anthony Delcollo’s Senate Bill 79 is a bill seeking to protect gun possession in a situation that appears to be entirely hypothetical in Delaware. The bill wants to make it clear that a registered qualfying patient under the Delaware Medical Marijuana Act can still legally possess or purchase a fire arm. Okay. I was not aware of any law, recently passed of not, nor any pending bill, that would disqualify a person who has a prescription for medical marijuana from possessing or purchasing a gun. It is probably not wise to use a gun while high, similarly to how it is not wise (and probably unlawful) to use a gun while drunk. But that is not the subject of this bill.

But it turns out that the concern here is the Federal Judiciary. From the Colorado Independent:

In September 2016, a federal appeals court covering nine western states upheld a ban on firearms sales to residents who hold medical marijuana cards. Though Colorado was not among those states, lawyers here say the move sends a signal that the federal judicial branch is not sympathetic to state laws when it comes to guns and pot.

The ruling stemmed from a lawsuit brought by a Nevada woman with a medical marijuana card— she says she’s not a user— who was denied a gun by a gun dealer. The court decision is again fueling a debate about the intersection of state and federal law on weed and weapons.

“We’ve had this problem from day one,” says Tony Fabian, an attorney who has helped draft firearms legislation in Colorado. “There’s nothing in Colorado law that says that it is unlawful to be in possession of a legal amount of marijuana and have a firearm,” Fabian told The Colorado Independent. “The problem is the dichotomy in federal and state law. And the feds are much more restrictive when it comes to firearms ownership.” […]

“Under federal law, a marijuana user cannot legally possess a firearm,” Lisa Meiman, a spokeswoman for the Denver division of the federal Bureau of Alcohol, Tobacco, Firearms and Explosives, told The Independent. Not even in Colorado where marijuana is legal to have and use.

I would point out that passing a state law will do nothing to change the Federal judiciary’s mind nor the minds of conservative U.S. Attorneys appointed by the anti-marijuana AG Jefferson Beauregard Sessions in 2017. But whatever, it this placates the gun nuts, so be it. You don’t have to choose between your gun and your pot.

WHERE IS THE BILL? Senate Executive Committee as of 5/7/19

1 comment on “SB79 – Gun Possession and a Medical Marijuana Prescription”