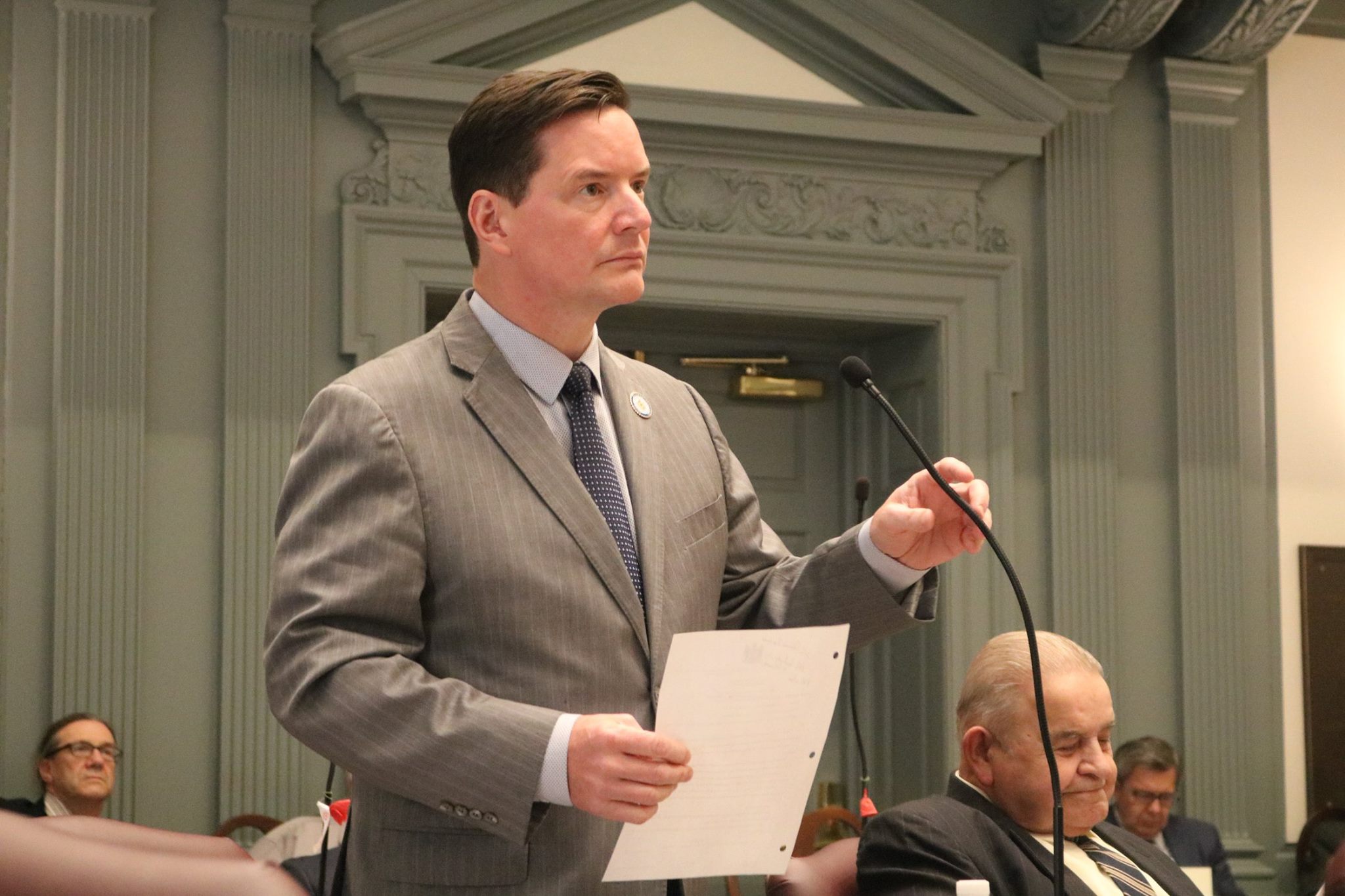 Congratulations, Trey. I didn’t think it could be done. But you have managed to introduce an amendment so dumb, so assine, and yet so nefarious and insidious that you have angered not only the gun nuts and Moms demanding action, but also the moderates in the middle you seek to somehow impress. And that you take this as a point of pride that you are doing something right only indicts your cynical political sabotage even more.

SB 68 prohibits the manufacture, sale, offer to sell, transfer, purchase, receipt, possession, or transport of assault weapons in Delaware. Trey’s Amendment (which you can read here), says that if you were born before June 30, 1998 the assault weapons ban doesn’t apply to you. If you are 21 or over you can keep on buying, selling and owning assault weapons.

Here is the synopsis of the Amendment: “This Amendment preserves many of the gun safety measures contained within the Act, but exempts the following individuals who are not otherwise prohibited from possessing a firearm from being prohibited from owning, purchasing, or transferring an assault weapon: 1. Delaware residents born on or before June 30, 1998. 2. Delaware residents who hold a valid license to carry a concealed deadly weapon. 3. Delaware residents who have completed a firearms training course that is sponsored by a federal, state, county or municipal law enforcement agency; a college; a nationally recognized organization that customarily offers firearms training; or a firearms training school with instructors certified by a nationally recognized organization that customarily offers firearms training. In addition, this Amendment permits licensed firearm dealers to sell or transfer an assault weapon to the 3 types of individuals exempted from the Act’s prohibition by this Amendment.

So the Amendment literally says “pay not attention to the original language of the bill, because this amendment reverses all of it.” Why doesn’t Trey just vote no on the bill and join his friends in the NRA and the GOP? It would be easier than this pretzel twisting amendment.

The Senate Executive committee is set to hear three highly controversial gun bills this afternoon, at 2:30 p.m. Please contact their members to let them know they must reject this Amendment:

Also contact the good Senator Paradee and let him know how you feel:
Trey.Paradee@delaware.gov  302-744-4286.

Paradee says that he will not support the assault weapons bill as written, without his Amendment. He joins Sen. Bruce Ennis in joining the terrorist group known as the NRA. With a 12-9 majority, it means that the Dems will need Republican Cathy Cloutier or Anthony DelCollo to vote with them in order to pass the bill, assuming no other Democratic defections to terrorists.

Gov. John Carney supports the bill but not the amendment, according to a spokesman. Senator Bryan Townsend, the bill’s prime sponsor, also opposes the Paradee Gutting Amendment.

9 comments on “Paradee Manages to Piss Everyone off, Everywhere”