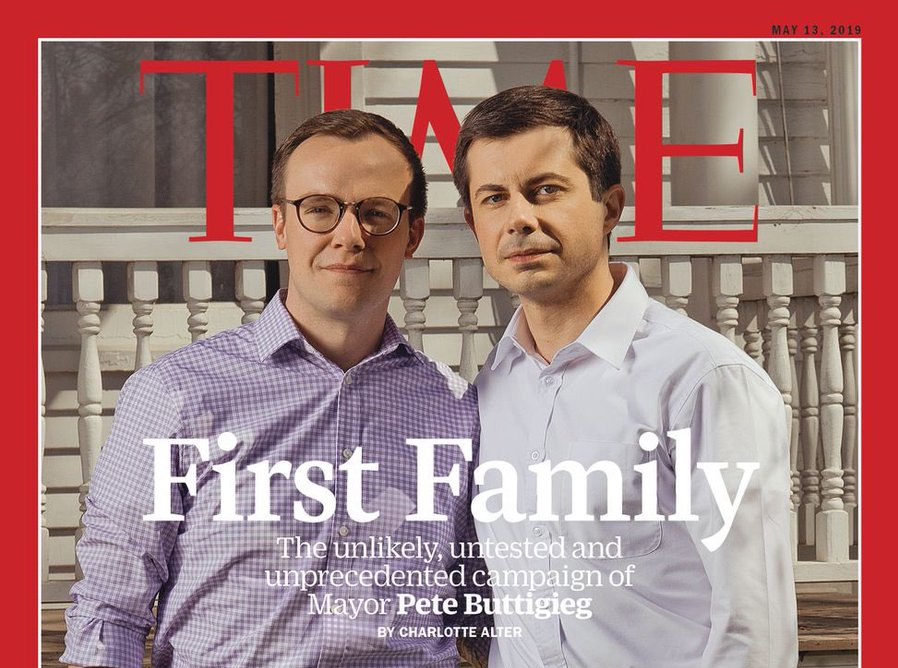 Charlotte Alter: “There are two main types of presidential candidates: those who run on policy and those who run on personality. Buttigieg says he’s a ‘policy guy,’ but he’s definitely a personality guy. His campaign is more about who he is (young, gay, Midwestern, technocratic) and what he represents (social progress, generational change, an olive branch to ‘flyover country’) than what he’ll do if he’s President…. In a primary divided between candidates who want to fight Trump and candidates who talk about uniting the country, Buttigieg is in the latter camp. That puts him out of step with the party’s activist base, who clearly want a fighter.”

“In the end, Buttigieg’s biggest gamble is his bet that voters are sick of a divided America and hungry for reconciliation. He believes independents and moderate conservatives could get behind a happily married Christian veteran. And he may be right.”

Roll Call: “First Michigan. Then Wisconsin. And now Florida. President Trump is already on a narrow electoral path to a second term, largely of his own creation.”

“He will follow recent re-election rallies in Grand Rapids, Michigan, and Green Bay, Wisconsin, with one near Panama City, Florida, on May 8. All three are medium-sized towns in key battleground states, all of which backed Trump in 2016. Trump’s travels show his campaign team is eyeing a 2020 electoral map that closely mirrors the one that put him in office.”

BuzzFeed News: “Superdelegates — the elected officials, party officers, and activists who have been given a say in the Democratic nominating system since 1982 — were stripped of their vote in the first round of convention voting last year, a move to appeal to Sanders supporters who felt the system unfairly benefited Hillary Clinton in 2016. But across the field of 21 candidates, campaigns with the resources to do so are already courting superdelegate support to prepare for the possibility of a contested convention next summer — a scenario where superdelegate votes could come back into play.”

James Hohmann: “If Joe Biden fails to catch fire in Iowa on his third try for the Democratic nomination, Sen. Amy Klobuchar will be well positioned to make inroads with the kinds of voters who might otherwise back the former vice president.”

“The senator from Minnesota has been getting a more positive reception in the Hawkeye State than has been reflected in the polls, where she’s in the back of the pack, or in the national media’s coverage, which has focused more on candidates like Biden, Bernie Sanders and Beto O’Rourke.”

An important point: “Klobuchar said she thinks the televised town halls by the cable channels this year will wind up being equally as important as the debates, which will be split across two nights and where the massive numbers of candidates on the stage will make it hard for anyone to get a word in edgewise.”

Phillip Bump: “The undercurrent in the swollen Democratic presidential primary field has become a near-audible rumble: Who can defeat President Trump?”

“It’s not an irrational way to approach the subject. It’s just . . . problematic. Why? Because electability has been a questionable indicator in the past and because it’s heavily colored by individual prejudices.”

Kyle Kondik: “Certainly Trump’s victory is a great argument against the idea that so-called electability can be discerned in advance.”

“More than half of U.S. eligible voters cast a ballot in 2018, the highest turnout rate for a midterm election in recent history, according to a Pew Research Center analysis of newly released data from the U.S. Census Bureau. The increased turnout was particularly pronounced among Hispanics and Asians, making last year’s midterm voters the most racially and ethnically diverse ever.”

“Beto O’Rourke is pledging not to take large donations from the fossil fuel industry — an about-face from his star-making run for Senate in oil-rich Texas last year when he was one of the top candidates backed by the sector,” the AP reports.

Playbook: “Three Democratic presidential hopefuls grilled the attorney general during Wednesday’s Senate hearing. The consensus rankings from our Twitter feeds: 1) Kamala Harris, who impressed with her focused, sharp questions; 2) Amy Klobuchar, who got Barr to confirm that the White House pressured GOP senators not to support efforts to create a paper ballot trail; and 3) Cory Booker, who didn’t make much of an impression.”