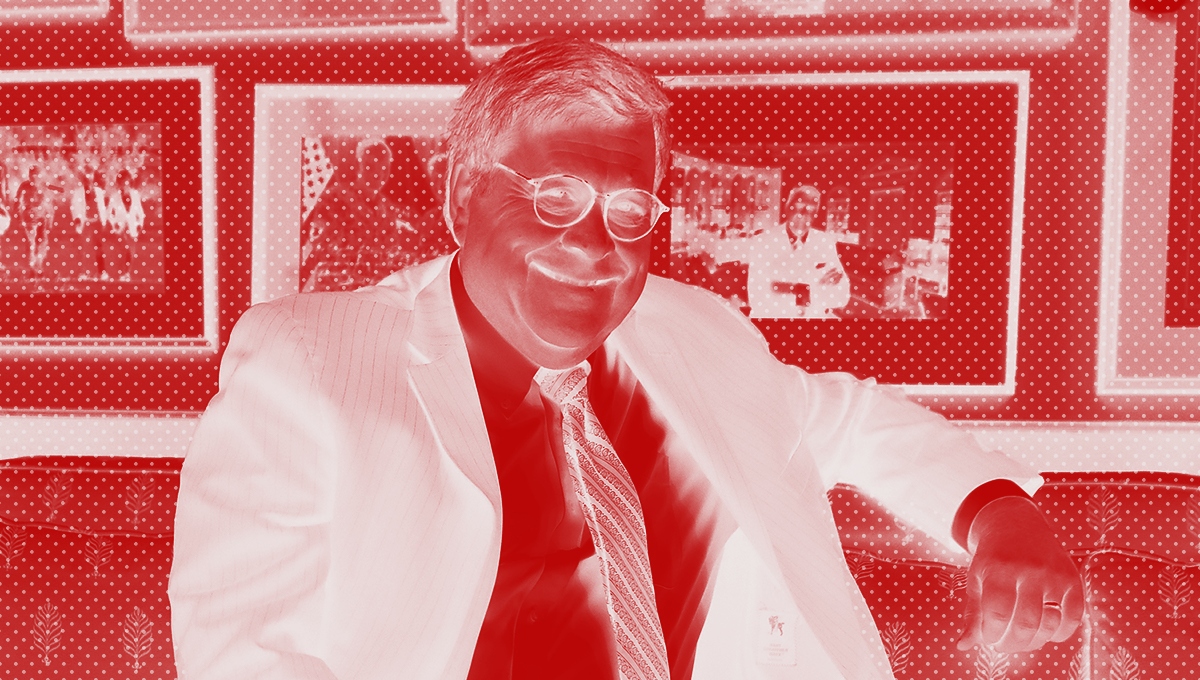 Axios: “House Judiciary Chairman Jerry Nadler had previously pledged to subpoena Barr should he refuse to testify. If Barr ignores the subpoena, as several Trump administration officials have done, Democrats on the committee have indicated that they will move to hold the attorney general in contempt of Congress.”

Andrew Cohen: “There’s no great mystery about what Attorney General William Barr did Wednesday during his testimony before the Senate Judiciary Committee. He knows that Senate Democrats don’t have the votes or the power to do anything substantial to impair his tragic choice to protect President Trump from the substantiated allegations against him. And so the nation’s chief law enforcement official and top prosecutor, at taxpayer expense, spent hours spinning like a defense attorney with his client’s liberty on the line. If every prosecutor was so keen to forgive and forget compelling evidence of criminal conduct the nation’s prisons would be empty.”

“It was as disgraceful a performance by an attorney general as I have seen in 22 years as a legal analyst and commentator. And I say that having extensively covered the hapless appearances of Alberto Gonzales. He was the attorney general at the heart of the Bush administration’s U.S. Attorney scandal a decade ago. At least he had the excuse of being as dumb as a rock. Barr is no dummy. He knows precisely what he’s doing. His audience is an audience of one. It always has been. And he made it clear Wednesday, as if it had not been before, that he is no honest broker for the Justice Department. He’s just another hack.”

“The House Judiciary Committee on Wednesday teed up a clash with the Justice Department that could make Attorney General William Barr a no-show for his hearing before the Democrat-led panel,” Politico reports.

“After a tense, party-line vote, the committee endorsed ground rules for Thursday’s hearing on special counsel Robert Mueller’s report that Barr has already objected to and over which he has threatened to boycott the hearing, according to aides. At issue is a Democratic demand to let committee lawyers question Barr for an hour after lawmakers have their chance to grill the attorney general. Barr said through a spokeswoman earlier this week that it would be inappropriate for staffers to participate in the questioning.”

“During a pair of closed-door meetings Tuesday evening and Wednesday morning, the committee decided that it would probably make a push for a Barr contempt citation if he skips a scheduled Thursday hearing or ignores their subpoena for the full report by special counsel Robert Mueller.”

The Mueller report identifies at least 77 times in which the Trump’s campaign staff, administration officials, family members and associates lied or made false statements to the public, CNN reports.

The Trump Tower in Moscow was the issue that involved the most false claims made by Trump and his team, with 31 of them recorded in the report. At least 13 false claims were made about the firing of former FBI director James Comey.

“Democrats still haven’t figured it out; unlike most of the human refuse Trump rounded up from behind the bus station to serve in his freak show administration, Barr knows the folkways and expected behaviors of Washington. He’s twice lulled Democrats into believing that he’s a down-the-line, rational pre-Trump Republican. If he were as gibberingly stupid and patently venal as the average Trump stooge, they might spot it, but he’s plainly not, and they clearly haven’t.”

“If Democrats lack the insight, courage, and outrage to truly confront Barr, Trump will win a sweeping victory this week. If Chairman Jerry Nadler lets Barr set the conditions under which the House Judiciary Committee can interview him, the game is already lost.”

Former U.S. Attorney Preet Bharara told the Daily Beast that its very likely President Trump will be indicted once he leaves office.

Said Bharara: “My former office clearly endorses and believes the fact—as Michael Cohen admitted in open court—that he engaged in the conduct he pleaded guilty to at the direction of Individual 1. Individual 1 is the president. Depending on what the other circumstances are, I believe there’s a reasonable likelihood that they would follow through on that.”

He added: “There’s a difference, though, between accepting a guilty plea from Michael Cohen and going to trial on the strength of that same witness after he’s gone to prison for lying.”

“A British court sentenced Julian Assange, the WikiLeaks founder, to 50 weeks in jail on Wednesday for jumping bail when he took refuge in Ecuador’s Embassy in London seven years ago,” the New York Timesreports.

“His complex legal travails are far from over: The United States is seeking Mr. Assange’s extradition for prosecution there, and officials in Sweden have left open the possibility that he could face criminal charges in that country, as well.”

Garrett Graff: “Back in December, I ran down the 17 investigations, which at the time focused on questions about Trump’s world and Russian influence in the US… Today, perhaps half of those cases have more or less wrapped up.”

“That leaves open at least eight of the original 17, as well at least another eight new cases that have emerged in recent months. Effectively everything with a Russian nexus appears to be over, leaving a dozen cases focused on Trump world’s finances.”

“In other words, Trump’s world still appears to face 16 known criminal and civil probes, from as many as a dozen different federal, state, and local prosecutors.”

A bill making it a crime for a doctor to perform an abortion passed in the Alabama House of Representatives Tuesday 74 to 3, the Birmingham News reports. The bill “does not include any exceptions for instances of rape or incest, which has garnered criticism from both pro- and anti-abortion groups.”

“Donald Trump really has a thing about Joe Biden,” USA Today reports. “Trump’s aggressive campaign against the new Democratic presidential candidate triggered what may have been his busiest morning ever on Twitter Wednesday.” “More than 60 retweets in less than 20 minutes.”

Daily Beast: “The retweet rampage was unusual in itself, but the twist came when one of his supposed supporters changed their username to ‘Fuck Donald Trump.’”

Greg Sargent: “As we’ve seen, there’s no end to the ugly, corrupt, destructive and bigoted things that President Trump will do in part to please his base — from separating migrant families, to pardoning racist sheriff Joe Arpaio, to supporting a lawsuit that could destroy our health-care system.”

“But there’s another move of this kind that deserves its own category: situations in which Trump tells his voters that he’s undertaking some sort of cruel action that he isn’t actually taking, simply because he believes they’ll thrill to his claim that he is.”V

Jonathan Chait: “The most bizarre passage in Rod Rosenstein’s letter to President Trump resigning his post as deputy attorney general is praise for ‘the courtesy and humor you often display in our personal conversations.’ It is not standard practice for the president to have personal conversations with the deputy attorney general at all, certainly not when that person is supervising an investigation into the president himself. And while we cannot know the substance of those personal conversations, we do know that Rosenstein was once so alarmed by Trump’s behavior that he discussed invoking the 25th Amendment to have him removed on account of mental unfitness.”

“Maybe Trump’s private conversations somehow contain the humor that is completely lacking in his public persona, which consist of boasts, lies, and belittling attacks. Trump’s public treatment of Rosenstein included tweeting an image of him behind bars along with other alleged traitors. That Trump, what a jokester.”

Jonathan Bernstein: “The Washington Post’s fact-checking operation has now counted 10,000 ‘false or misleading claims’ by Donald Trump during his presidency.”

“It’s hard to convey how big a deal this is. To begin with: It’s real. Anyone can go through the Post’s data and find plenty to argue with – maybe one statement isn’t really false, another was just an exaggeration and some other one was nit-picky. But even if the fact-checkers are wrong an implausible three out of four times, that’s still 2,500 false or misleading claims by the president in two-plus years.”

“That’s simply not normal. We don’t have equivalent historical data, but I’m confident that even Richard Nixon, who told more than a few important whoppers, didn’t come close to Trump’s level of habitual dishonesty. Barack Obama, George W. Bush? As I’ve said many times, most politicians actually care a lot about establishing a reputation for reliability. Oh, they’ll spin. They’ll present the best-looking version of events that can still count as the truth. But they will very rarely say something that flat-out isn’t so. And if they’re called on it, they’ll usually retreat to a more justifiable position. Trump, instead, just keeps going.”

“Does he get away with it? In the sense that he’s still president, I suppose so. But his professional reputation is in tatters, which reduces his influence, worsens his relationship with Congress, hinders his ability to negotiate and impedes his broader agenda.”