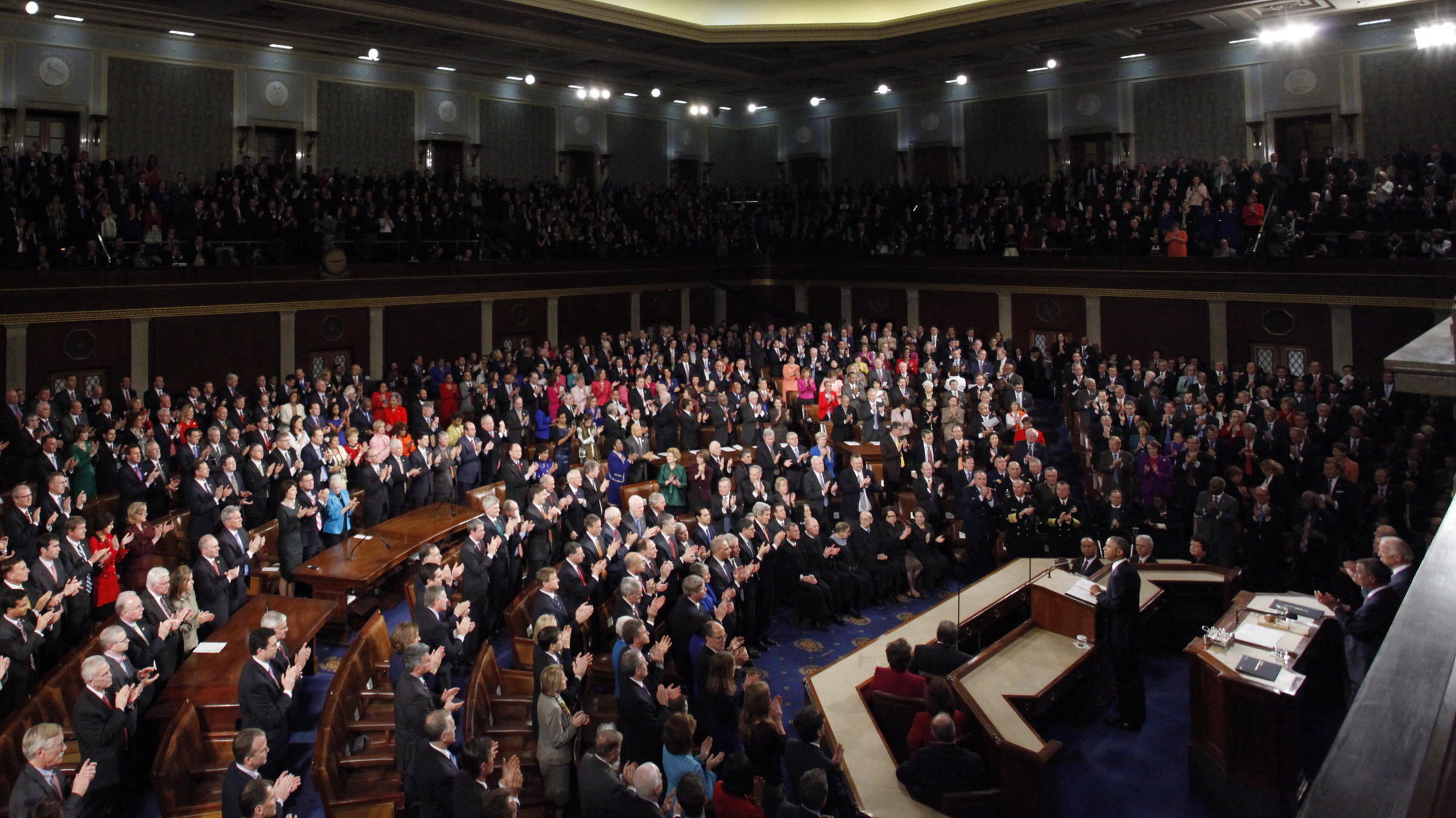 “Faced with all-out resistance from the White House, Democrats are turning to the courts as they grapple with a dilemma of limited options to enforce their subpoenas,” CNN reports.

“Amid a Trump administration blockade of subpoenas for numerous Democratic investigations, House Democrats are preparing a response that begins by holding officials in contempt. But they are also gearing up to fight their cases in the courtroom, acknowledging that the courts are likely their only subpoena recourse.”

“House Democrats are grappling with how to respond to President Trump’s blanket resistance to cooperating with their investigations — defiance that legal experts say could upend the nation’s fundamental principle of checks and balances,” the Washington Post reports.

how to respond to President Trump’s blanket resistance to cooperating with their investigations — defiance that legal experts say could upend the nation’s fundamental principle of checks and balances,” the Washington Post reports.

“House Oversight and Reform Committee Chairman Elijah Cummings (D-MD) announced plans on Tuesday to hold one Trump administration official who defied a subpoena in contempt of Congress and has threatened a second with the same punishment if he failed to show for a Thursday deposition. And with Trump promising to bar all former and current aides from testifying, the House began confronting the possibility of issuing multiple contempt citations and initiating civil litigation to defend its oversight role.”

Said Cummings: “This is a massive, unprecedented, and growing pattern of obstruction.”

New York Times: “Mr. Trump’s flurry of moves this week to block multiple congressional investigations signaled a new phase of constitutional friction that could redefine long-murky boundaries of Congress’s power to conduct oversight of the executive branch — and the power of presidents to keep government affairs secret from lawmakers.”

Playbook: “President Trump could quite easily have claimed the Mueller report exonerated him, and quickly pivoted to show how he’s getting down to business by working on an infrastructure bill. Or some new middle-class tax cut. Moving on would be an obvious play for a president who has been hampered by investigations from almost Day One of his administration.”

“But… the president can’t stop talking about Robert Mueller. Infrastructure doesn’t drive news cycles, and his jeremiads against the special counsel’s “witch hunt” do. Notice that Democrats don’t talk much about the Russia investigation on the campaign trail? They’d rather talk about health care or the minimum wage or free college education. But one Trump tweet on Mueller can blot out the sun for an entire news cycle.”

“A lot of people discount this president as undisciplined, unsavvy. But that’s giving him way too little credit.”

“North Korea issued a $2 million bill for the hospital care of comatose American Otto Warmbier, insisting that a U.S. official sign a pledge to pay it before being allowed to fly the University of Virginia student from Pyongyang in 2017,” the Washington Post reports.

“The presentation of the invoice — not previously disclosed by U.S. or North Korean officials — was extraordinarily brazen even for a regime known for its aggressive tactics… But the main U.S. envoy sent to retrieve Warmbier signed an agreement to pay the medical bill on instructions passed down from President Trump.”

CNN: “As Biden finally jumped into the 2020 presidential race Thursday, his decision not to challenge Hillary Clinton for the Democratic nomination in 2016 is among the factors fueling his candidacy now.”

“For the last four years, Biden has never fully reconciled with his choice. It’s a decision Obama and his top aides helped steer him toward… But this time around, Obama didn’t urge Biden to stay on the sidelines and watch as the largest and most diverse field in the history of the Democratic Party took shape.”

“Top White House officials are imploring key Republicans to move quickly and raise the debt ceiling, concerned that a prolonged impasse could raise the chances of a misstep that damages the economy later this year,” the Washington Post reports.

“The requests have taken on new urgency because other budget discussions with Capitol Hill have broken down, leaving policymakers at a loss for ways to avoid a pileup of dangerous deadlines in September that could impact the stock market, labor market and economic growth.”

“But the effort appears to be getting little traction so far, in part because some Democrats are insisting that any debt ceiling deal come as part of a package of changes that raises spending levels after October.”

A three-judge panel ruled that Michigan must redraw legislative and congressional districts for the 2020 elections because Republican lawmakers unconstitutionally gerrymandered current maps, the Detroit News reports.

“The blockbuster ruling requires Michigan to conduct special state Senate elections for certain seats next year, cutting in half the four-year terms that current lawmakers are now serving.”

Rick Hasen has more on the ruling.

“The president’s job is to enforce federal law. If he had ordered its violation to save innocent life or preserve human freedom, he would have a moral defense. But ordering obstruction to save himself from the consequences of his own behavior is unlawful, defenseless and condemnable.”

Said Manigault-Newman: “We should really not just focus on what he is telling people to do or say, but how he’s asked people to destroy documents, to destroy e-mails, in my case two boxes of campaign-related materials the White House still has in their possession that they claim they don’t have or don’t know what happened to it.

Lara Trump, President Trump’s daughter-in-law and a campaign official, told Fox Business that “the downfall of Germany” was Chancellor Angela Merkel’s decision to allow refugees into the country.

Said Trump: “It was one of the worst things that ever happened to Germany.”

“The U.S. Chamber of Commerce, navigating dramatic cultural change that’s transforming the worlds of politics and business, plans to become less aligned with the Republican Party than it has been for decades,” the Washington Post reports.

“The largest and most powerful corporate lobbying group in Washington is changing the way it evaluates lawmakers for the first time in 40 years, launching a $250 million capital campaign to remodel its headquarters and even rethinking its approach to regulation.”

“Several dues-paying companies have balked as the Chamber endorsed fewer and fewer Democrats over the past several election cycles. The GOP’s drift toward protectionism, nativism and isolationism since Donald Trump took over the party in 2016 is also at odds with the Chamber’s longtime support for expanding free trade, growing legal immigration and investing in infrastructure.”

Motherboard: “At a Twitter all-hands meeting on March 22, an employee asked a blunt question: Twitter has largely eradicated Islamic State propaganda off its platform. Why can’t it do the same for white supremacist content?”

“An executive responded by explaining that Twitter follows the law… With every sort of content filter, there is a tradeoff, he explained. When a platform aggressively enforces against ISIS content, for instance, it can also flag innocent accounts as well, such as Arabic language broadcasters. Society, in general, accepts the benefit of banning ISIS for inconveniencing some others, he said.”

Stephen Moore said he was hopeful about his chances of being nominated and confirmed to the Federal Reserve Board of Governors but would bow out of the process if he became a political liability for the Trump administration or Senate Republicans, the Wall Street Journal reports.

Facebook said that it expected to be fined up to $5 billion by the Federal Trade Commission for privacy violations after an investigation found that its handling of data had harmed consumers, the New York Times reports.

The F.T.C. opened a new investigation last year after Facebook came under fire again for the improper handling of people’s data involving Cambridge Analytica, a political consulting firm, as well as a major data breach.