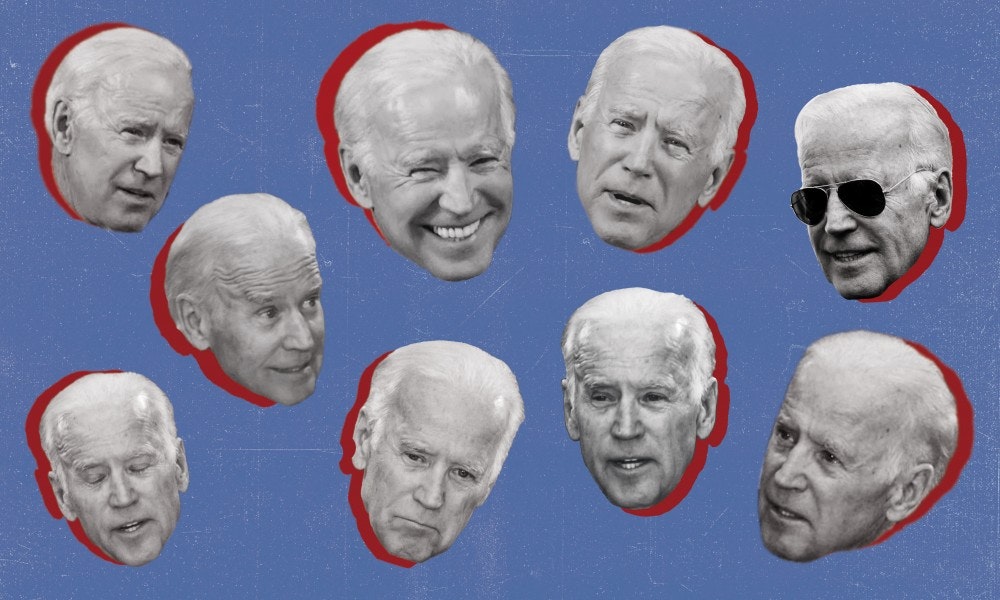 Nate Silver: “His case to win the 2020 Democratic nomination is fairly simple: As Barack Obama’s two-term vice president, he’s the most familiar brand in the field. He’s ahead in the polls (it’s emphatically not a tie for the lead with Bernie Sanders; Biden’s polling is quite a bit better). He’s also the best-performing Democrat in polls against President Trump, and he gains a lot of support from Democrats on the basis of his perceived electability. And while he might not be the most liberal Democrat, that isn’t necessarily a disadvantage; roughly half of voters in the Democratic primary identify as moderate or conservative, which could be a plus in a field where many candidates are running to the left.”

“Of course, this doesn’t mean Biden’s path to the nomination is easy. Not by a long shot. But before we start to poke holes in Biden’s candidacy, let’s ruminate on his advantages a little longer. There’s a case to be made that the media — in seeking out shiny new objects like Pete Buttigieg, and in ignoring the preferences of older, more working-class and more moderate Democrats who still make up a large part of the Democratic base — is overlooking the obvious front-runner in Biden. Arguably, in fact, media elites have the same blind spots for Biden that they had for Trump.”

Kyle Kondik: “If Joe Biden wins the presidency, he will bring with him nearly a half-century of elected officeholding experience, giving him perhaps the fullest resume of public service possessed by any new president ever.”

“But Biden’s experience, and everything that comes with it, is no guarantee to be an asset to his campaign. It may ultimately be a detriment, and that may be doubly so if the value of his experience is not deployed in service of a strong campaign.”

Vox: “The next time a new national 2020 poll comes out, you can probably fill in the blanks yourself: Biden at 30 percent, give or take, Sanders trailing 5-10 points behind him, Harris and now Buttigieg both hanging around at 10 percent. O’Rourke in there somewhere, Warren at 5 percent or 6-ish, and then a crowd of Booker, Buttigieg, Klobuchar, Castro, and Kirsten Gillibrand with maybe a few percentage points each.”

“The story has barely changed all year. The big unknown is how durable Biden’s stubbornly consistent lead really is — but we should start getting a better idea now that he’s finally officially announced his candidacy. And even then, things may not really change until the first round of debates, when the public turns its full attention to the presidential campaign.”

Harvard Political Review: “As parties become increasingly polarized, Democratic Party leadership seems focused on finding a candidate who can win. Moving into the 2020 primary season, the question on many left-leaning minds is not which candidate stands on the best policies but rather, who can beat Donald Trump.”

“Though this approach may seem like savvy strategy in the short term, candidates seeking to garner the youth vote may benefit more from following trends in youth political attitudes than trends in electability. A poll organized by the Harvard Public Opinion Project indicated that 82 percent of millennial respondents believe that it is more important for a candidate to share his political views than to be an electable politician. Across all demographics, youth support for candidates who share their political perspectives never falls below 75 percent of respondents.”

A national progressive group, Indivisible, is asking the 20 candidates in the Democratic presidential race to sign a pledge promising a positive, “constructive” primary that ends with all participants coming together to support the eventual nominee — “whoever it is — period,” BuzzFeed News reports.

Rep. Tulsi Gabbard’s (D-HI) presidential campaign had just one full-time employee in the first three months of the year, the Daily Beast reports.

“A review of Federal Election Commission records show Gabbard’s campaign made a single payment of less than $2,600 to field staffer Amaury Dujardin. Every other member of Gabbard’s campaign staff, including her campaign manager, was paid as a consultant, not a full-time employee. By contrast, the campaign spent $30,850 on billboard advertisements over the same period.”

Former Vice President Joe Biden called Anita Hill earlier this month to express his regret over “what she endured” testifying against Justice Clarence Thomas at the 1991 Supreme Court hearings that put a spotlight on sexual harassment of women, the New York Times reports.

“But Ms. Hill, in an interview Wednesday, said she left the conversation feeling deeply unsatisfied and declined to characterize his words to her as an apology. She said she is not convinced that Mr. Biden truly accepts the harm he caused her and other women who suffered sexual harassment and gender violence.”

Said Hill: “I cannot be satisfied by simply saying I’m sorry for what happened to you. I will be satisfied when I know there is real change and real accountability and real purpose.”

New York Gov. Andrew Cuomo (D), “who has raised millions of dollars during his campaigns over the years, has indicated to associates in recent days that he will be opening his vast and powerful fundraising network exclusively to Joe Biden,” CNBC reports.

“Cuomo’s support could be a game-changer for Biden. While the former vice president has consistently led Democratic primary polls, he has been aggressively courting donors in a bid to catch up to an already crowded primary field that has a head start in the fundraising game. New York State Board of Elections data show Cuomo has raked in $100 million in campaign contributions since he first ran for governor in 2010. At least 80 percent of his backers have given him $10,000 or more.”