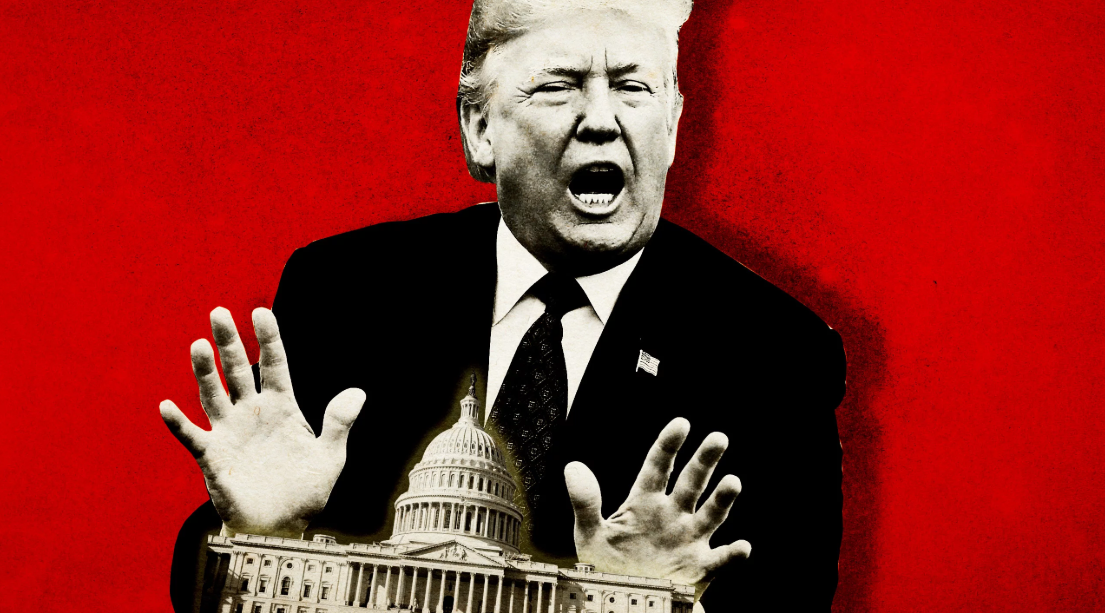 “The White House plans to fight a subpoena issued by the House Judiciary Committee for former White House counsel Donald McGahn to testify, setting up another showdown in the aftermath of the special counsel report,” the Washington Post reports.

“The Trump administration also plans to oppose other requests from House committees for the testimony of current and former aides about actions in the White House described in special counsel Robert Mueller’s report.”

“The White House has instructed a former official who was in charge of the security clearance process to not comply with a House subpoena demanding his appearance for an interview, the latest move by the Trump administration to thwart Democratic-led investigations into all aspects of the presidency,” CNN reports.

“After a day of tense negotiations, the White House late Monday told the former official, Carl Kline, who now works at the Defense Department, to not appear at Tuesday’s deposition, contending that Democrats were seeking access to confidential information that should be off limits.”

“The move raises the prospect that the House Oversight Committee could seek to hold Kline in contempt, a step that Chairman Elijah Cummings warned Monday he would take.”

Buckingham Palace is expected to announce that President Trump will make a state visit to the UK in early June, the BBC reports.

Politico: “Robert Mueller keeps on giving. Dozens of overlooked nuggets are buried deep inside the special counsel’s 448-page report that raise yet more intriguing questions about Russia’s meddling in the 2016 election and shed new light on things that weren’t previously known.”

“If there are people in the House and the Senate who want to say that’s what a President can do … then they should have to take that vote and live with it for the rest of their lives.” — Sen. Elizabeth Warren (D-MA), at a CNN town hall, on the need to launch impeachment proceedings against President Trump.

“‘I believe Congress should take the steps towards impeachment. But I want to say this, because it doesn’t end there … I’m also a realist. … I have also witnessed folks in the United States Congress, and in particular in the GOP, who have been presented with many reasons to push back against this president and they have not.” — Sen. Kamala Harris (D-CA), quoted by Politico.

Aaron Blake: “In some ways, it’s a wonder it’s taken this long. The 2020 Democratic field has already lurched to the left on a number of issues the party used to avoid for fear of looking too extreme: single-payer health care, jobs guarantees, marijuana legalization, free or debt-free college and reparations for slavery. For members like Warren and Harris, supporting impeachment while other 2020 Democrats remain reluctant is a great way to get to the left of your opponents. And there’s very little downside in the primaries, given this is a 75-25 issue.”

“Neither of those reasons applies any more.”

“Reporters have long approached White House press secretary Sarah Sanders with a trust-but-verify attitude, knowing full well that Sanders is tasked with spinning some of the more unspinnable statements made by her boss, President Trump,” the Washington Post reports.

“But with the publication of special counsel Robert S. Mueller III’s report on Thursday, Sanders’s credibility among the people who cover her has been stretched about as taut as a violin string.”

“Key U.S. Supreme Court justices seemed inclined to let the Trump administration add a question about citizenship to the 2020 census in a clash that will shape the allocation of congressional seats and federal dollars,” Bloomberg reports.

“In an 80-minute argument Tuesday that was both technical and combative, Chief Justice John Roberts and Justice Brett Kavanaugh directed almost all their questions to the lawyers challenging the decision to ask about citizenship. Kavanaugh said Congress gave the Commerce secretary ‘huge discretion’ to decide what to ask on the census.”

First Read: “For all the debate about whether to pursue impeachment proceedings against President Trump, House Democrats have another remedy at their disposal that’s received far less attention.”

“That idea? Make a big, explicit legislative push to punish individuals and campaigns trying to take advantage of future foreign interference in U.S. elections. If a foreign government interfered in a U.S. election, and a particular campaign was eager to receive that help, why not try to pass laws making it harder for that to happen in the future?”

“Don’t get us wrong: The impeachment debate is a legitimate one; we’ve covered it here for months. And sure, the GOP-controlled Senate can stymie any House-passed bill. (Of course, the same is true for impeachment, and the bar is even higher – a two-thirds vote is needed to convict.)”

“But why aren’t House Democrats trying to call any GOP bluff right now?”

Joe Lockhart: “For Democrats, leaving Donald Trump in office is not only good politics — it is the best chance for fundamental realignment of American politics in more than a generation. Mr. Trump is three years into destroying what we know as the Republican Party. Another two years just might finish it off. Trumpism has become Republicanism, and that spells electoral doom for the party.”

“Mr. Trump has abandoned most of the core principles that have defined Republicans for the past century. Free trade abandoned for protectionism. Challenging our adversaries and promoting democracy replaced by coddling Russia and cozying up to dictators near and far. Fiscal conservatism replaced by reckless spending and exploding deficits.”

“What’s left of the party is a rigid adherence to tax cuts, a social agenda that repels most younger Americans and rampant xenophobia and race-based politics that regularly interfere with the basic functioning of the federal government.””

J.W. Verret: “Let’s start at the end of this story. This weekend, I read Special Counsel Robert Mueller’s report twice, and realized that enough was enough—I needed to do something. I’ve worked on every Republican presidential transition team for the past 10 years and recently served as counsel to the Republican-led House Financial Services Committee. My permanent job is as a law professor at the George Mason University Antonin Scalia Law School, which is not political, but where my colleagues have held many prime spots in Republican administrations.”

“If you think calling for the impeachment of a sitting Republican president would constitute career suicide for someone like me, you may end up being right. But I did exactly that this weekend, tweeting that it’s time to begin impeachment proceedings.”

Washington Post: “The events of the past week, following the release of special counsel Robert Mueller’s dramatic 448-page report, are threatening to redefine the legal and ethical standards that have long served as constraints on the American presidency. And they suggest that few, if any, of the traditional guardrails that have kept Trump’s predecessors in check remain for this president and possibly those who will follow him.”

“A network of more than 5,000 pro-Trump Twitter bots railed against the ‘Russiagate hoax’ shortly after the release of special counsel Robert Mueller’s report last week, according to data gathered by a prominent disinformation researcher and analyzed by NBC News. The network illustrates the ongoing challenge Twitter faces in persistent efforts to manipulate its platform.”

“These bots, however, did not appear to come from Russia. Instead, the bots had ties to a social media operation that previously pushed messages backing the government of Saudi Arabia and were connected to a person who claimed to be a private social media consultant.”

As health departments in multiple states battle some of the largest measles outbreaks in decades, there has been radio silence from the White House, STAT reports.

“President Trump’s absence in the national conversation about the measles outbreaks has prompted some debate in the public health community about whether he should be playing a more active role. For some observers, though, the question is not whether public officials should be supporting vaccinations, but rather whether a president who has previously spread false information linking vaccines and autism is the right messenger.”

Eugene Robinson: “The political case for moving deliberately but fearlessly toward impeachment is even clearer: If timorous Democrats do not seize and define this moment, Trump surely will.”

“The conventional wisdom is that Republicans made a political error by impeaching Clinton. But they did win the White House in 2000 and go on to dominate Congress for most of President George W. Bush’s tenure. If impeachment was a mistake, it wasn’t a very costly one. Does it ‘play into Trump’s hands’ to speak of impeachment? I think it plays into the president’s hands to disappoint the Democratic base and come across as weak and frightened. Voters who saw the need to hold Trump accountable decided to give Democrats some power — and now expect them to use it.”

The official adds that the order came from President Trump personally “though staffers have been trying to talk him out of it.”