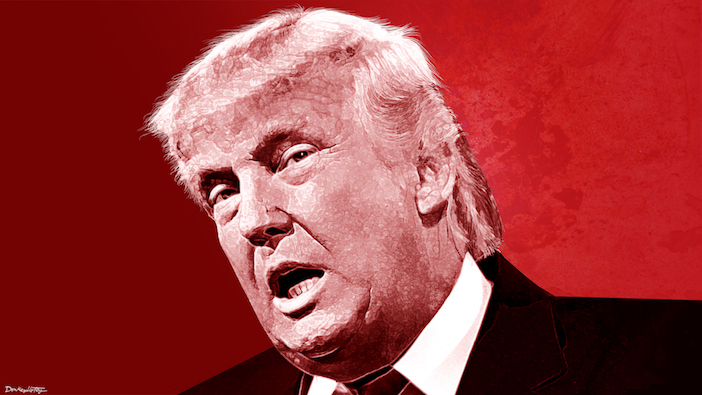 “The press conference will occur at 9:30 a.m., and Barr, who will appear with Deputy Attorney General Rod Rosenstein, will take questions. It was not immediately clear whether it would occur before or after the report’s release.”

“The House Judiciary Committee is expected to subpoena the Justice Department for special counsel Robert S. Mueller III’s complete report as soon as Friday, as Democrats prepare to fight the Trump administration for access to the attorney general’s anticipated redactions,” the Washington Post reports.

White House attorneys have had “numerous conversations” with Justice Department officials about the conclusion of the Mueller report, the New York Times reported, helping the President’s legal team prepare in advance for the document’s release.

ABC News reported on Tuesday that the White House had “received a broad briefing on the report,” including that it would be divided into sections on alleged collusion and obstruction.

“The talks have aided the president’s legal team as it prepares a rebuttal to the report and strategizes for the coming public war over its findings,” reads the Times story.

The Times added that “a sense of paranoia” has gripped top White House staff. That corroborates an earlier NBC report on the bubbling anxiety among staffers who fear their cooperation with the Mueller investigation will be exposed.

“All in all, it seemed like an uncharacteristically cordial exchange for two members of Congress. And not even a month later, that cordiality is out the window: Barr has reportedly withdrawn his invitation, saying that Ocasio-Cortez has to first apologize to Texas representative Dan Crenshaw for a completely unrelated event before he brings her to meet with miners.”

“Uninviting Ocasio-Cortez is probably a smart move on Barr’s part in the long run. For one thing, there aren’t any active coal mines in Barr’s district.”

Jeffrey Engel: “The Constitution’s authors wouldn’t have needed any summary of the special counsel’s report to know it was time to impeach the president. Neither would they have waited to see whether its full text provided evidence of criminal wrongdoing. The group that created our nation’s founding document would already have judged Donald Trump unfit for office — and removed him — because he’s repeatedly shown a dearth of the quality they considered paramount in a president: a willingness to put national interest above his own.”

Greg Sargent: “It’s a pathology of this presidency that continues to go under-examined: Donald Trump simply does not recognize that his role as president confers on him any institutional obligation towards the American people of any kind.”

Jonathan Swan: “China recently declined to issue a visa to Michael Pillsbury, an informal adviser to President Trump on China policy, in an unusual move that comes as the Trump administration steps up its scrutiny of Chinese experts attempting to travel to the U.S.”

“Pillsbury regularly discusses China with Trump, including during an Oval Office meeting about a month ago. Pillsbury told Axios he has visited China over 50 times since the 1970s and this is the first time his visa request hasn’t been approved.”

President Trump claimed without evidence that supporters of his were kept out of a Fox News town hall Monday night with Sen. Bernie Sanders (I-VT), The Hill reports.

Tweeted Trump: “Many Trump Fans & Signs were outside of the Fox News Studio last night in the now thriving (Thank you President Trump) Bethlehem, Pennsylvania, for the interview with Crazy Bernie Sanders. Big complaints about not being let in-stuffed with Bernie supporters. What’s with Fox News?”

Joshua Green: “From one angle, Trump’s approach to reelection looks like a disaster: he has middling approval ratings, slim hope of passing new laws, and is attacking his own administration.”

“On the other hand, there’s no sign at all that Republicans are abandoning him. Fighting furiously for immigration restrictions—even quixotic, unconstitutional ones—may be more important, electorally speaking, than achieving them. And whether Powell is motivated by fear of Trump or is just less fearful of inflation, a dovish Fed is the gift every president hopes for. On Sunday, a Goldman Sachs report found that ‘the majority of market participants expect Trump to win a second term.’”

“Election Day is still a long way off. But Trump’s current Gallup approval rating (45 percent) is higher than Barack Obama’s was in April of his third year (44 percent) and only a hair below Bill Clinton’s (48 percent). At least for now, Trump’s go-it-alone strategy looks perfectly viable.”

“The Trump administration is reimposing limits on the amount of money Cuban Americans can send to relatives on the island and ordering new restrictions on U.S. citizen, nonfamily travel to Cuba,” the Washington Post reports.

Ivanka Trump told the Associated Press that her father asked her if she was interested in taking the job of World Bank chief but she passed on it. Asked if her father had approached her about other top jobs, Ivanka Trump said she’d “keep that between” them.

Herman Cain told the Wall Street Journal that he has no intention of withdrawing his name from consideration for a seat on the Federal Reserve Board, despite an apparent lack of sufficient support for Senate confirmation if President Trump nominates him.

“The veto — the second in Trump’s presidency — was expected, and Congress lacks the votes to override it. But passing the never-before-used war powers resolution was viewed as a milestone for lawmakers, who have shown a renewed willingness to assert their war-making authority after letting it atrophy for decades under presidents from both parties.”

Mike Allen: “Trump has a hold over the party and remains popular with Republican voters, so lawmakers will still side with him when it counts. But acts of defiance are becoming more frequent, and should worry the White House.”

Playbook: “Two days after officially entering the presidential race, Buttigieg was expecting 50 people at a Polk County meet and greet. As RSVPs rolled in, organizers moved it from a small gym at Franklin Junior High to the large gym, to an auditorium and finally moving it outside. A good thing: a stunning 1,650 people showed up in the end.

“It isn’t just the number of people that stands out: Buttigieg has yet to staff up with organizers in Iowa, so this turnout was mostly organic. Buttigieg spoke to a progressive Iowa group in December and has visited the earlier this year but this crowd was exponentially larger.”

Tim Miller: “The kiss itself wasn’t anything particularly noteworthy, as far as kisses go. It wasn’t Al and Tipper tonguing down in Los Angeles. Or hot Instagram stars trying to lure more followers to their account. Nor was it a perfunctory peck on the cheek or the forehead. It was quite simply a married couple, lips locked, arm around each other’s shoulder.”

“What stopped me wasn’t the kiss, but the kissers. They were both men and one of them is Pete Buttigieg, candidate for president of the United States.”

“And that’s why that kiss, to borrow a phrase from one of Pete’s prospective primary opponents, was a ‘big fucking deal.’”

First Read: “If you look at immigration instead as a problem to be solved — more like health care — it may be a much better way to understand the long-term political risks of using the immigration issue to divide the electorate.”

“Trump and the GOP have hammered away at an immigration status quo they say doesn’t work. But Trump’s proposals to fix it have been politically unviable (the wall), legally untenable (denying the right to seek asylum), economically risky (closing the border), or the cause of public moral outrage (family separation.)”

“So, Trump has mostly been left with grievances. And griping about a system that doesn’t work can only get you so far politically.”

“Just look at what happened with health care.”