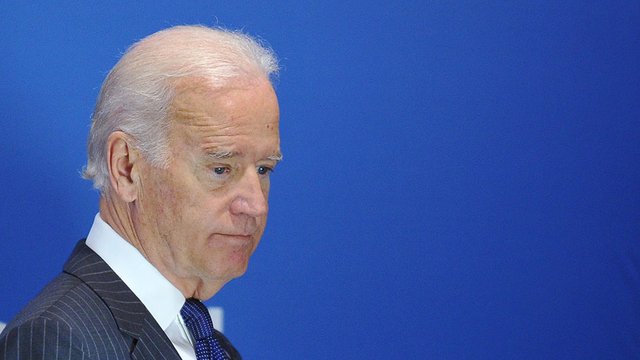 Boston Globe: “Joe Biden is expected to join the presidential race any day now, and it’s hard to recall another campaign with two such distinct paths: He could ride his well-known name and moderate’s appeal to victory, or his old-school approach could fail in a humiliating fashion for the former vice president.”

“So far, Biden has not made deep inroads in the early nominating states of Iowa or New Hampshire. But it’s clear that Biden-world is preparing for launch. The first job offers for New Hampshire staff are expected to come within the next few days, and high-profile endorsements are being lined up, according to a Democrat helping Biden prepare his presidential bid.”

“Biden’s decision is the last major missing piece of the 2020 puzzle for Democrats.”

“Capitalism is a lot more important than democracy. I’m not even a big believer in democracy.”

The Economist: “According to the newest figures from the General Social Survey (gss), a long-running poll from the University of Chicago, 54% of Democrats describe themselves with the L word. In 1974, when the gss first asked the question, only 32% did.”

“House Democrats are giving the Trump administration a hard-deadline of April 23 to turn over President Trump’s tax returns, pushing back against Treasury Secretary Steve Mnuchin’s skepticism over their request for the presidents’ private records,” the Washington Post reports.

House Ways and Means Committee Chair Richard Neal’s (D-MA) latest letter “sets the stage for a further escalation in the conflict between Congress and the White House, as legal experts have suggested that an outright denial of their request by Mnuchin could be followed by subpoenas or a lawsuit in federal court. Mnuchin so far has only postponed responding to Democrats’ request and said he would confer with the Justice Department, but not yet rejected it.”

A new Gallup poll finds Americans continue to have net-negative views of the 2017 tax bill — 49% disapprove and 40% approve.

“The legislation passed without a single Democratic vote in either chamber of Congress, and Americans’ views of it are similarly divided along party lines. Democrats’ approval of the law is 16% and Republicans’ is 78%. Independents’ approval stands at 32%.”

New York Times: “Today’s primaries tend to produce one nominee but many winners. Beyond the long-shot candidates effectively auditioning for cabinet positions or building a profile (and donor base) for future races, there are prospective books to sell and television contracts to sign, boards to join and paid speeches to paid-speak. Any setback is temporary, any embarrassment surmountable.”

When the report finally comes out, Rosenstein said “a lot of what we see will deal with that” and it will “clear up questions about Russian election interference.”

“North Korean authorities staged a public trial and shot two female fortune tellers to death last month, forcing tens of thousands of people to watch, in what appeared to be a resumption of public executions,” Radio Free Asia reports.

“The executions of the two women took place in March in North Hamgyong’s Chongjin city, and were aimed at forcing officials to stop patronizing fortune tellers and engaging in other ‘superstitious’ behavior.”

Despite this, or perhaps because of it, President Donald Trump signaled he’s open to another summit with North Korea in a pair of tweets Saturday. The president’s message followed a speech by Kim Jong Un last week in which the leader presented the US with a deadline for moving negotiations between the two countries forward.

According to North Korean state media, Kim took a tough approach, saying, “It is essential for the US to quit its current calculation method and approach us with a new one.”

The North Korean leader said he plans to give the Trump administration “till the end of this year” to come up with a negotiation approach he finds more agreeable, and warned “I think it will definitely be difficult to get such a good opportunity as the previous summit.”

“For the first time ‘No Religion’ has topped a survey of Americans’ religious identity, according to a new analysis by a political scientist. The non-religious edged out Catholics and evangelicals in the long-running General Social Survey,” CNN reports.

“Ryan Burge, a political scientist at Eastern Illinois University and a Baptist pastor, found that 23.1% of Americans now claim no religion. Catholics came in at 23.0%, and evangelicals were at 22.5%.”

Media Matters reports that in 42 days, from February 25 through April 7, Rep. Alexandria Ocasio-Cortez (D-NY) was mentioned on Fox News and Fox Business 3,181 times.

Her name was mentioned on the network at least once every single day for those six weeks.