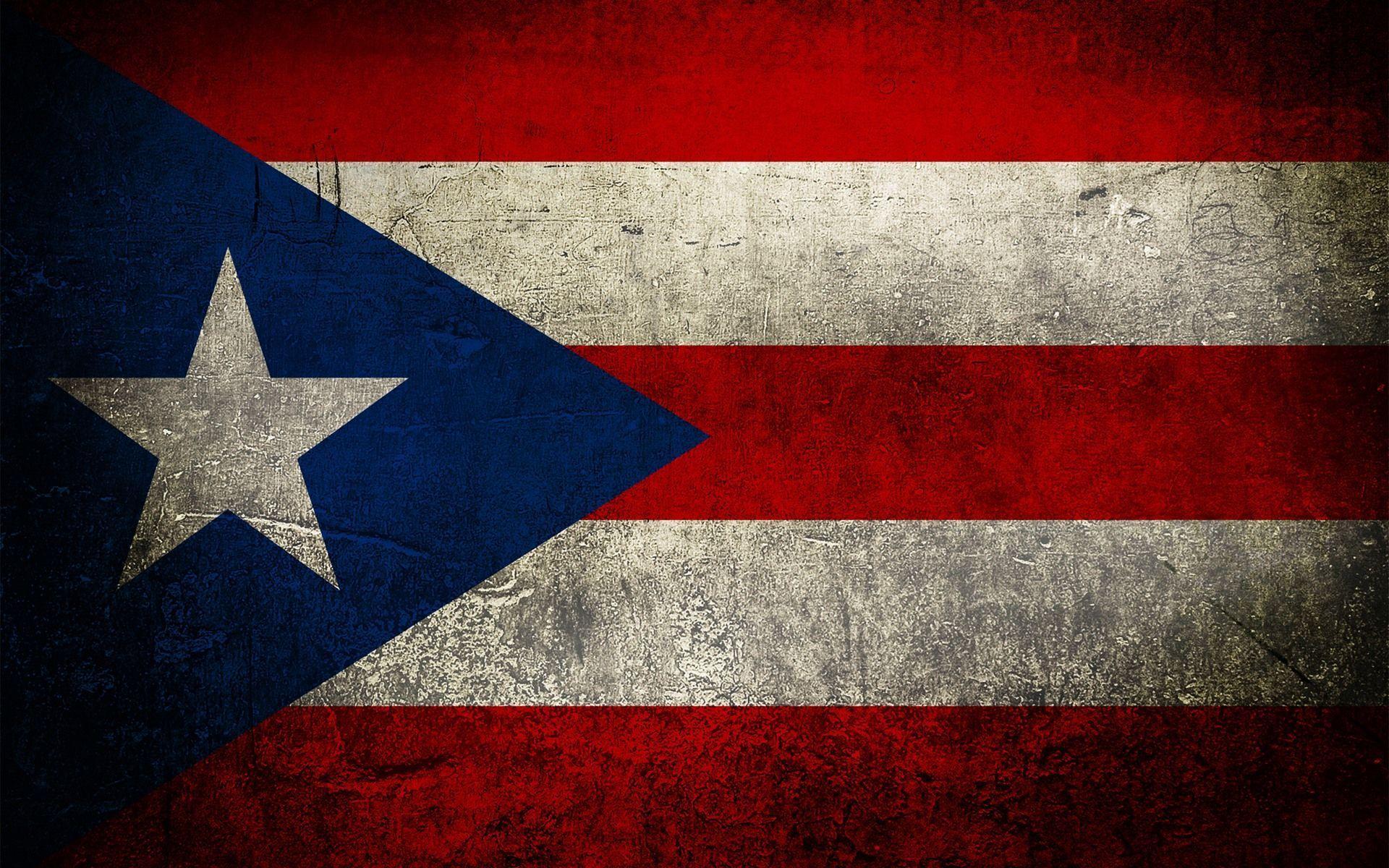 Senate Democrats blocked a disaster aid bill Monday because it doesn’t include enough aid for hurricane-devastated Puerto Rico, and Donald Trump is furious. The next steps aren’t clear, but there’s political will in Congress to get something passed, because several Republican senators are seeking aid for their own states. Trump, though, is mostly mad that anyone is caring about Puerto Rico. So he did what he does best, rage tweeted through Monday night and Tuesday morning with tweets full of lies and non-dog whistle racism. Hallie Jackson did a good job debunking Trump’s lies in the tweets:

First, the “$91 billion” Gidley and Trump refer to doesn’t represent what’s been spent on recovery in Puerto Rico, but rather the Trump administration’s high-end estimate of what recovery on the island could cost in the long run, The Washington Post reported. The territory has only actually received about $11 billion in aide. Second, even if Puerto Rico receives $91 billion in federal assistance over the lifetime of the Hurricane Maria recovery — which will take many more years — that still won’t come close to the estimated $120 billion federal bill for the recovery after Hurricane Katina.

Finally, and for the last fucking time, Puerto Ricans are American citizens and Puerto Rico is American soil. An American territory that should and must become an American state.

Playbook: “The Trump administration is in a state of panic over President Trump’s plans to close the southern border. We spoke to several senior administration figures who described a White House freaked out about the implications of closing the border — both for the USMCA, the president’s top legislative priority, and because they believe it will result in an immediate spike in the cost of consumer goods.”

“There are people in the White House who are trying to cobble together a plan to present to Congress that would seek to tighten immigration laws — a way to beg the president off his close-the-border plan. Of course, you should be very, very skeptical anything would get through Congress, but the people who work for the president are trying to head off what they see as another self-inflicted wound.”

“A looming battle between President Donald Trump and Democrats over government spending and the debt limit could make the 35-day government shutdown look like a blip,” Politico reports.

“A series of budget deadlines converge in the coming months that could leave Washington on the precipice of another shutdown, $100 billion in automatic spending cuts and a full-scale credit crisis. And lawmakers are openly worried about stumbling over the edge.”

“Mrs. May made the announcement after her cabinet met for seven hours amid a growing sense of crisis over Brexit, as the process of withdrawing from the bloc is known. Parliament is deadlocked on the issue, and lawmakers are increasingly concerned about a disorderly, possibly economically damaging exit without an agreement.”

New York Magazine: “In interviews with New York, White House officials and people familiar with internal events have described mood swings rippling through the administration: First came relief, in the form of smiles and tears and bottles of Champagne; then, the catharsis of ‘righteous anger,’ … as the excitement waned, ‘cooler heads’ emerged in the White House with brand-new anxieties about a president inclined to inflict self-harm by taking things too far.”

Said one White House official: “There will be plenty of unfavorable things about the president in the full report, which we think will eventually come out, so let’s not go overboard saying there’s no wrongdoing. Let’s move on.”

“White House National Security Adviser John Bolton is expanding his influence in increasingly visible ways, pursuing his own longstanding foreign policy priorities at the risk of tensions with top administration officials — and even Donald Trump himself,” Bloomberg reports.

“Since joining Trump’s White House, Bolton has pursued an agenda that includes trying to break Iran financially, oust Venezuelan President Nicolas Maduro, shield Americans from the reach of the International Criminal Court and toughen the U.S. posture toward Russia. He coordinated with key lawmakers, U.S. diplomatic and defense officials and the Israelis to compel Trump to slow an abrupt withdrawal of American forces from Syria.”

Jonathan Bernstein: “I can’t manage to put aside an Axios item about President Donald Trump from last Friday. Jonathan Swan reported that “administration officials past and present have told us that Trump savors news coverage that shows him acting unilaterally.” Swan was focused on Trump’s habit of overruling and humiliating his staffers and appointees, which is partly why his administration has had record turnover and why the applicant pool is so small for open jobs. But the point about acting alone is worth delving into.”

“It’s a reminder of what the political scientist Richard Neustadt explained decades ago: that presidents are at their weakest when they try to act on their own, and that doing so imposes heavy costs down the line. Every president gets rolled by the bureaucracy. To Trump, it happens repeatedly, in public, over an enormous variety of things. Every president gets frustrated when faced with stubborn staffers, selfish members of Congress, interest groups that refuse to compromise, and a court system that denies them what they think they’re entitled to. But every other modern president has understood that accomplishing anything requires dealing with all of those legitimate parts of the public-policy process and more. Which means bargaining, cajoling, politicking and horse trading. Two years in, Trump still hasn’t learned the basic rules of the game.”

Ron Brownstein: “In media interviews last week, Sen. Bernie Sanders — among the front-runners for the party’s 2020 presidential nomination — pointedly refused to endorse legislation that House Democrats had introduced to expand the ACA and to block Trump administration initiatives designed to weaken some of its core consumer protections. Instead, Sanders underscored his support for replacing the ACA with ‘Medicare for All’ legislation, in which government would become the ‘single payer’ for virtually all health care services.”

“With Trump again emphasizing his determination to undo the ACA — both by backing litigation that would invalidate the entire law and by proposing to replace it with block grants for states in his latest budget — Democrats must decide how to respond. The choice is whether to center the party’s 2020 health care message on defending and reinforcing the ACA or to offer their own fundamental change by proposing to replace the law with a single-payer plan that would eliminate virtually all private health insurance.”

David Brooks: “The Trump era has been all about dissolving moral norms and waging vicious attacks. This has been an era of culture war, class warfare and identity politics. It’s been an era in which call-out culture, reality TV melodrama and tribal grandstanding have overshadowed policymaking and the challenges of actually governing.”

“They are sick of the moral melodrama altogether. They just want a person who is more about governing than virtue-signaling, more about friendliness and basic decency than media circus and rhetorical war.”

“Buttigieg’s secret is that he transcends many of the tensions that run through our society in a way that makes people on all sides feel comfortable.”

Axios: Interest In Buttigieg is exploding.

“The Department of Homeland Security has disbanded a group of intelligence analysts who focused on domestic terrorism,” the Daily Beastreports.

“In the wake of this move, officials said the number of analytic reports produced by DHS about domestic terrorism, including the threat from white supremacists, has dropped significantly. People in and close to the department said this has generated significant concern at headquarters.”

“Joe Biden advisers believe coverage of allegations of inappropriate behavior is being stoked by rival Democrats — a dynamic that could actually fire up the vice president at a time when others see success as increasingly improbable,” Axios reports.

“Several around Biden think advisers to Bernie Sanders are at least partly behind the anti-Biden campaign. One prominent backer thinks Biden will run, and ‘is ready to kill Bernie.’”

Said one source close to Biden: “VP directed staff this evening to reach out to supporters and donors with a simple message — full steam ahead.”

Buzzfeed: “Everybody already knows what they think about Joe Biden putting his hands on people, because we’ve all seen this happen in public. We’ve seen Biden kiss people at public events! We’ve all had years to think about it! Does anyone need a photograph of Lucy Flores and Joe Biden to know that, at some point, somewhere, over the last 40 years, someone might have been uncomfortable because the situation wasn’t quite right?”

“But the current system still isn’t ready to handle a well-known, gray-area subject like this. As she said on TV over the weekend, Flores didn’t consider it sexual harassment, she just was uncomfortable, and we all know what she means.”

Michelle Goldberg: “So I don’t think Biden’s avuncular pawing is a #MeToo story… But if Biden was more oblivious than predatory, his history still puts him out of step with the mores of an increasingly progressive Democratic Party. On Sunday, The New York Times reported that some Democrats are bracing ‘for an extended reckoning about Mr. Biden and gender if he enters the race.’ The inevitably of such a reckoning should make Biden reconsider getting in.”

Playbook: “His team has not made Biden available for a single interview, allowing others to tell his story. This isn’t 2009. On-the-record statements don’t suffice. A lot of folks are wondering why Biden won’t address this head-on.”

“The Census Bureau said Monday that it has prepared two versions of the paper and electronic survey for next year: one including the citizenship question and one without it,” CNN reports.

“The government is awaiting a Supreme Court ruling expected in early summer on the validity of the controversial question. Two federal judges have ruled the citizenship question must be removed from the 2020 census and chastised Commerce Secretary Wilbur Ross for adding it improperly.”