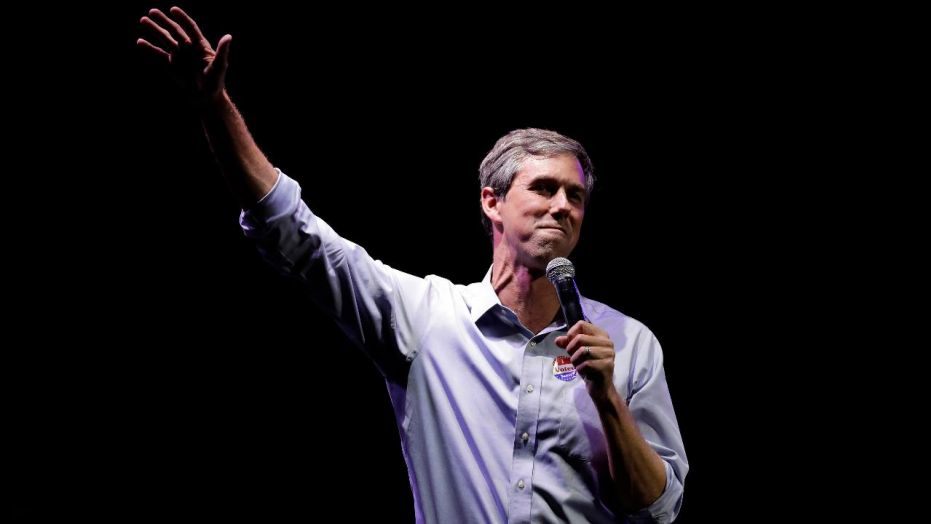 “Beto O’Rourke, christening his presidential campaign at a boisterous rally in his hometown, cast himself on Saturday as a crusader against moneyed interests that he said have corrupted America’s democracy and a president he accused of capitalizing on politics of “fear and division,’” Politicoreports.

“In what amounted to his maiden stump speech — delivered at the first large-scale, structured event of his nascent campaign — O’Rourke’s populist progressive framing evoked similar appeals from rivals Bernie Sanders and Elizabeth Warren.” Said O’Rourke: “This extraordinary, unprecedented concentration of wealth and power and privilege must be broken apart and opportunity must be shared with all.”

Joe Biden said he does not believe he has “acted inappropriately,” but “if it is suggested I did so, I will listen respectfully,” The Hill reports. The former vice president is facing accusations that he kissed a woman’s head without consent in 2014. Former Nevada state assemblywoman Lucy Flores made the accusation in an op-ed on Friday.

Said Biden: “I may not recall these moments the same way, and I may be surprised at what I hear. But we have arrived at an important time when women feel they can and should relate their experiences, and men should pay attention. And I will.”

“Joe Biden is enduring the roughest stretch of any candidate in the Democratic presidential primary, and he’s not even a candidate yet,” Politico reports. “In a two-week period where his attempts to smooth a path into the 2020 race only seemed to underscore the obstacles confronting his prospective candidacy, the former vice president got a concentrated dose of what’s in store for him if he chooses to embark on a third run for the White House.”

Eric Lach: “Part of Buttigieg’s appeal is that he offers a kind of political refuge: he’s a candidate that lets you forget about the baggage and conflicts of the race’s front-runners, if only for a little while. He sounds comfortable discussing complex issues, smiles warmly, and has no visible political enemies. Putting himself forward as an alternative choice has been part of Buttigieg’s brand for as long as he’s been on the national political stage.”

The Trump administration said Saturday that it intends to end foreign assistance programs for Guatemala, Honduras and El Salvador, a move that Democrats called “reckless” and “counterproductive” in addressing the problems that cause people to flee to the U.S., NBC News reports.

Dan Balz: “Democrats who spoke with members of O’Rourke’s team over the past few months said they found, between conversations late last year and more recently, a noticeable difference in his thinking. One Democratic strategist said that, in an early conversation, he got the sense that O’Rourke and his team were trying to decide whether they could run a presidential campaign largely as an extension of the Senate campaign.”

“By spring, such thoughts seemed to have disappeared.”

Said one Democrat: “He’s clear that this is at a totally different scale: the size and scope and intricacies. For him to be successful, he has to be the best candidate he can be, which means the most professional team around him.”

“Sen. Kamala Harris is building out her Nevada team, including one longtime aide to former Senate Leader Harry Reid, as she prepares to make her first trip to Northern Nevada of her 2020 presidential bid next week,” the Nevada Independent reports.

Amy Davidson Sorkin: “Some of the actions that May took this [past] week, in her desperate attempts to get the deal approved, have increased the potential for upheaval. On Wednesday, she promised members of her Conservative Party that, if they would only vote yes on her deal, she would resign before the next stage of Brexit negotiations. That won some Tory votes, but it mostly served to turn attention to the many striving Tories who may want to replace her, including some, notably Boris Johnson, who are widely loathed.”

“Indeed, the net effect may have been to cost her Labour votes, since voting for the deal also meant voting for uncertainty about which unlikely character might be leading the operation next.”

“He cheats at the highest level. He cheats when people are watching and he cheats when they aren’t. He cheats whether you like it or not. He cheats because that’s how he plays golf … if you’re playing golf with him, he’s going to cheat.” — Rick Reilly in the new book, Commander in Cheat: How Golf Explains Trump, on President Trump.

Facebook CEO Mark Zuckerberg backs new regulations for the Internet in a Washington Post op-ed. “By updating the rules for the Internet, we can preserve what’s best about it—the freedom for people to express themselves and for entrepreneurs to build new things—while also protecting society from broader harms.”

Zuckerberg added that he believes these updates can be broken down into four categories “harmful content, election integrity, privacy and data portability.”

Daily Beast: “The real competition among the field is not so much who can bring in the biggest haul, but which candidate can get the most people to contribute. That’s the number that the top money people on various campaigns say they will be watching when the deadline hits.”

“It’s a change from cycles past, when the main news story would be the total amount raised. And it’s a reflection of how dramatically Democratic Party politics have shifted in the era of online giving, growing all the more prevalent since Barack Obama’s 2008 campaign.”

“A poor showing on the number of donors could be a death blow for some of the top-tier Democrats in the race, signifying that they lack the support and financial viability to make it through.”

“Republicans have no intention of heeding President Trump’s urgent demands for a new health-care plan to replace the Affordable Care Act, fearing the potential political damage that such a proposal could cause in 2020 and hoping he will soon drop the idea,” the Washington Postreports.

“Not only is there no such health-care overhaul in the works on Capitol Hill — there are no plans to make such a plan.”

Jeanine Pirro returned to Fox News after two weeks off the air and let loose with a tirade against the “traitorous, treasonous” investigators who probed President Trump’s ties to Russia, claiming another “coup” may be in the works if Trump’s accusers don’t “face behind the bars justice.”

Among her guests was Trump lawyer Rudy Giuliani, who praised her as a “crusader for justice.” Giuliani also called for the Justice Department to investigate those “who tried to perpetrate a fraud against the American people” and said former acting FBI Director Andrew McCabe “should be in jail for perjury.”

New York Times: “After two years in office, Mr. Trump, 72, is tired, aides said. The unstoppable campaigner, so far, will commit to participating in only one campaign event a day, and recently balked at a possible rally out West during a fund-raising swing. The rally may still happen, people familiar with the plans said, but only because campaign officials insisted on it.”