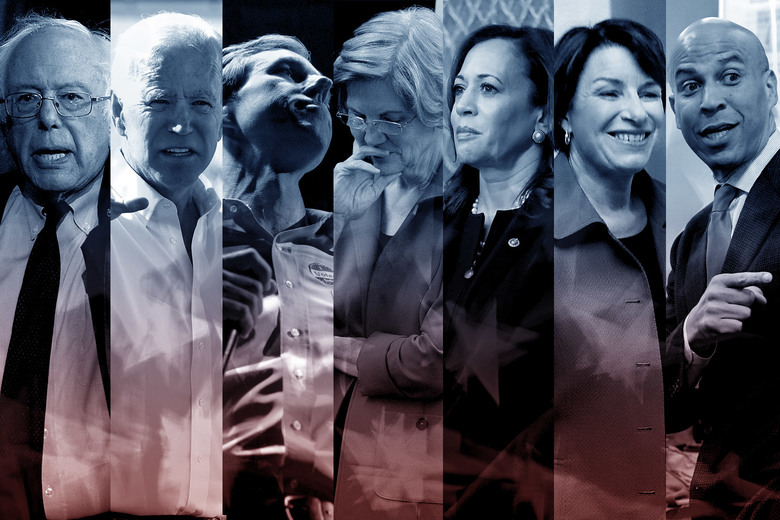 A new Fox News poll finds Joe Biden leading by the same amount a CNN poll found last week: 8 points. The Democratic primary race is essentially a two man race at this point, with Biden and Sanders at the top, and with a second tier of Harris and O’Rourke much further back:

37% of Republicans favor a dramatic reduction in the use of fossil fuels!

NBC News: “While Sanders’ allies have worried that O’Rourke could eat into the Vermont senator’s base of young progressives, Biden may end up being the one with the most to lose among mainline Democrats more concerned with electability than political revolution.”

“Instead of shoring up his progressive bona fides in the face of left-flank attacks, O’Rourke has emphasized a Biden-esque message of civility while making a case that he can win the White House by stumping in the very Midwest states that Biden allies argue “Middle-Class Joe” is most capable of carrying.”

Charleston Post & Courier: “If a majority of South Carolina’s Democratic Party county chairs had to pick a presidential nominee today, the choice would come down to a two-person duel, not an open scrum.”

“With 11 months to go until the Feb. 29, 2020, primary, U.S. Sens. Kamala Harris of California and Cory Booker of New Jersey are the clear popular nods (not necessarily in that order).”

Thirty-nine percent said he supports white nationalism, while 20% said he doesn’t have a strong opinion on the movement either way. The rest said they weren’t sure.

Texas Tribune: “South Carolina may well have a reputation of fueling political grudges borne out of decades of dirty politics. But when former U.S. Rep. Beto O’Rourke traveled here on Friday and Saturday, the message from the locals could not have been more emphatic: They want to defeat Donald Trump in 2020, and they have no interest in sour grapes from also-rans.”

“It was a message the candidate was already selling.”