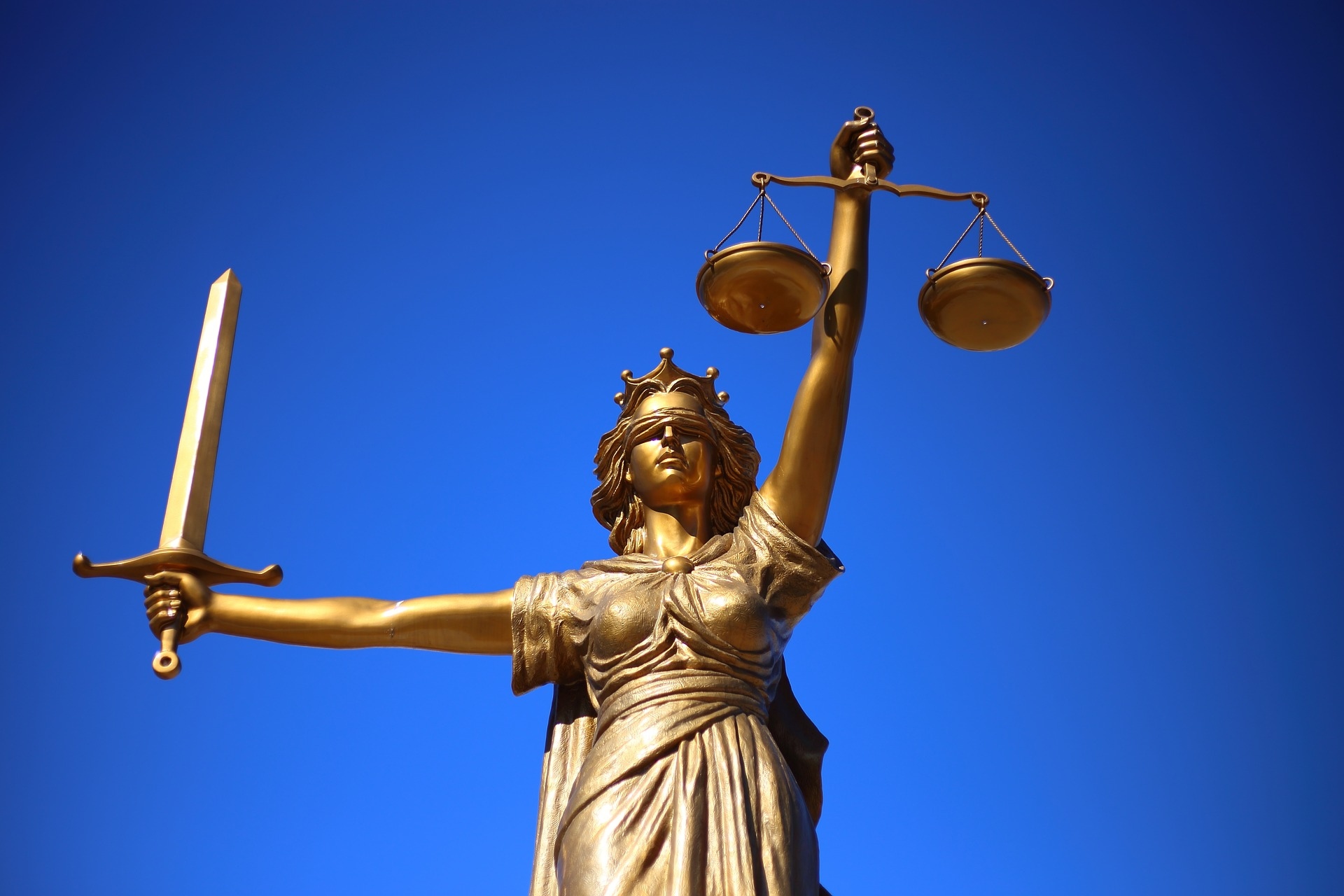 “It looks like Washington will have to hold its breath a little longer. Atty. Gen. William Barr on Saturday apparently decided he was not ready to provide Congress with a summary of the “principal conclusions” from the Russia investigation,” the Los Angeles Times reports.

“Barr received a confidential report from special counsel Robert S. Mueller III on Friday, and he subsequently released a letter to senior members of Congress saying he might give them information about the report as early as this weekend. By Saturday afternoon, a senior Justice Department official and two congressional aides, who were not authorized to speak publicly, disclosed that Barr would not do so on that day.”

Mike Allen says there are two forms of “collusion delusion” as President Trump’s legal team believes the immediate threat to the presidency has passed with the delivery of the Mueller report to Attorney General William Barr:

Key question: “Will Democrats demand the nation stick to historical norms of proper presidential behavior, or will Mueller’s revelations be the new standard?”

Playbook: “If you talk to Capitol Hill Democrats privately, you will hear something surprising about what they expect from Robert Mueller: Many of them expect absolutely nothing. Several top Democratic lawmakers and aides tell us privately that they are certain the report will be a dud.”

“If that’s the case, the White House will immediately make the argument that it’s time for Congress to shutter its investigations into the president. But Democratic probes into President Trump are going to drag on regardless of the Mueller report. The committees are looking into things that have nothing to do with Russian interference — the president’s company, security clearances, handling of classified information, decision-making in the White House and Cabinet scandals, for example.”

“Frankly, Democrats believe even if Mueller releases a report with nothing spectacular, that’s only the beginning for the Hill.”

Benjamin Wittes: “The president should wait before popping the champagne corks over this and tweeting in triumph. Yes, in the best-case scenario for the president, Mueller is not proceeding further because he lacks the evidence to do so. But even this possibility contains multitudes: everything from what the president calls ‘NO COLLUSION!’ to evidence that falls just short of adequate to prove criminal conduct to a reasonable jury beyond a reasonable doubt—evidence that could still prove devastating if the conduct at issue becomes public.”

“There are other possibilities as well. It’s possible, for example, that Mueller is not proceeding against certain defendants other than the president because he has referred them to other prosecutorial offices; some of these referrals are already public, and it’s reasonable to expect there may be other referrals too. In this iteration, what is ending here is not the investigation, merely the portion of the investigation Mueller chose to retain for himself. It’s possible also that Mueller is finished because he has determined that while the evidence would support a prosecution of the president, he is bound by the Justice Department’s long-standing position that the president is not amenable to criminal process.”

Politico: “The recording gives a rare look behind the curtain of an influential oil industry lobbying group that spends more than $1 million per year to push its agenda in Congress and federal regulatory agencies. The previous eight years had been dispiriting for the industry: As IPAA vice president Jeff Eshelman told the group, it had seemed as though the Obama administration and environmental groups had put together ‘their target list of everything that they wanted done to shut down the oil and gas industry.’ But now, the oil executives were almost giddy at the prospect of high-level executive branch access of the sort they hadn’t enjoyed since Dick Cheney, a fellow oilman, was vice president.”

“Even as the special counsel, Robert Mueller, submitted his confidential report to the Justice Department on Friday, federal and state prosecutors are pursuing about a dozen other investigations that largely grew out of his work, all but ensuring that a legal threat will continue to loom over the Trump presidency,” the New York Times reports.

“Most of the investigations focus on President Trump or his family business or a cadre of his advisers and associates, according to court records and interviews with people briefed on the investigations. They are being conducted by officials from Los Angeles to Brooklyn, with about half of them being run by the United States attorney’s office in Manhattan.”

“Unlike Mr. Mueller, whose mandate was largely focused on any links between the Trump campaign and the Russian government’s interference in the 2016 presidential election, the federal prosecutors in Manhattan take an expansive view of their jurisdiction. That authority has enabled them, along with F.B.I. agents, to scrutinize a broader orbit around the president, including his family business.”

“Senate Republicans are trying to elevate the ideas and personalities of House Democrats in a bid to divide the opposition into the rising liberal stars, the party’s presidential contenders and its more mainstream lawmakers,” the Washington Post reports.

“The effort begins with a midweek vote on the Green New Deal, a loosely defined effort to combat climate change by dramatically reducing greenhouse-gas emissions coupled with job creation… He has taken the original Green New Deal proposal, put it in his own resolution and scheduled what amounts to a show vote as the bill lacks the votes in the Republican-led Senate. But it’s doubtful the strategy will produce any immediate signs of division, as Democrats have largely rallied around the strategy from Senate Minority Leader Charles E. Schumer (D-NY) to vote present.”

Secretary of State Mike Pompeo told the Christian Broadcasting Networkthat it is “possible” that President Trump is meant to save the Jewish people. Pompeo was asked whether Trump is a new Esther, who in the Bible convinced the king of Persia not to slaughter the Jewish people.

Said Pompeo: “As a Christian I certainly believe that’s possible.”

Politico: “The former vice president, whose fundraising lagged during his previous bids for the White House, would this time enter the race with a base of support from many of his party’s major givers, according to interviews with 20 top Obama fundraisers, who each raised hundreds of thousands of dollars to help elect the former president.”

“Many of Obama’s backers say deciding which candidate or candidates to support in 2020 is difficult. But Biden, who a number of Obama’s funders count as a friend and former coworker in the administration, comes out of the gate with a crop of top-tier fundraisers ready to back his bid and other donors willing to cut personal checks to jump-start Biden’s campaign, though they might wait to throw the full power of their networks behind him.”

“For Democratic presidential candidates on Saturday, it wasn’t quite campaigning as usual after the delivery of a long-awaited report from the special counsel roiled Washington over the weekend. But it was pretty close,” the New York Times reports.

“At events across early primary states, voters asked about health care and school shootings and immigration… Democratic voters said they cared deeply about the investigation into Russian interference in the 2016 election but weren’t quite sure what to make of the latest twist, exactly.”

Paul Krugman says there are multiple ways to achieve universal coverage: “On the other side, there’s “Medicare for America,” originally a proposal from the Center for American Progress, now embodied in legislation. While none of the announced Democratic candidates has endorsed this proposal yet [Beto has, iirc], it’s a good guess that most of them will come around to something similar.

The big difference from a Sanders-type plan is that people would be allowed to keep private coverage if they chose — but they or their employers would also have the option of buying into an enhanced version of Medicare, with substantial subsidies for lower- and middle-income families.

The most important thing you need to know about these rival plans is that both of them would do the job.”

….and he is doing just that.

The Washington Post says that in counties that hosted a 2016 Trump rally saw a 226 percent increase in hate crimes: “We examined this question, given that so many politicians and pundits accuse Trump of emboldening white nationalists. White nationalist leaders seem to agree, as leaders including Richard Spencer and David Dukehave publicly supported Trump’s candidacy and presidency, even if they still criticize him for not going far enough. The New Zealand shooter even referred to Trump as a “renewed symbol of white identity.”

So, do attitudes like these have real world consequences? Recent research on far-right groups suggests that they do, especially when these attitudes are embraced and encourage by peers. Specifically, the quantity of neo-Nazi and racist skinhead groups active in a state leads to increased reports of hate crimes within that state.”