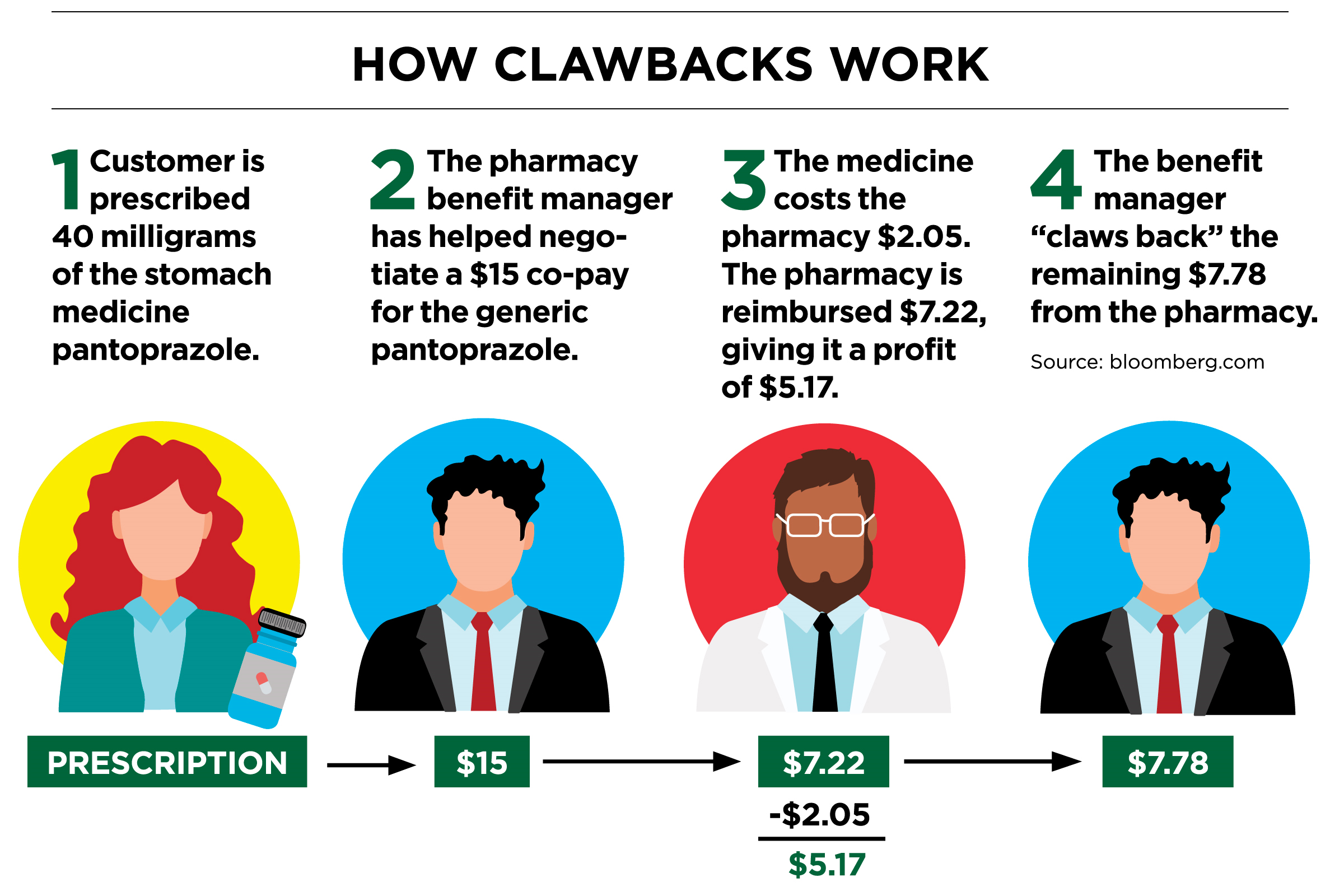 Who does the pharmacy benefits manager work for?

“According to a March 2018 report issued by the University of Southern California’s Schaeffer Center for Health Policy & Economics based on the Center’s analysis of 2013 data from a large commercial insurer combined with data on national average drug reimbursements, almost 25% of filled pharmacy prescriptions involved a patient co-payment that exceeded the average reimbursement paid by the insurer by more than $2.00. The report further noted that over-payments were more likely to occur on claims for generic drugs than brand drugs and that the total over-payments in the Center’s sample amounted to $135 million.”

A fraud of pennies quickly adds up to millions, and the pharmacy benefits managers probably thought no one was watching. A fraud so obvious that even the Republicans couldn’t defend it.

WHERE IS THE BILL NOW? Waiting to be placed in a Senate Committee.