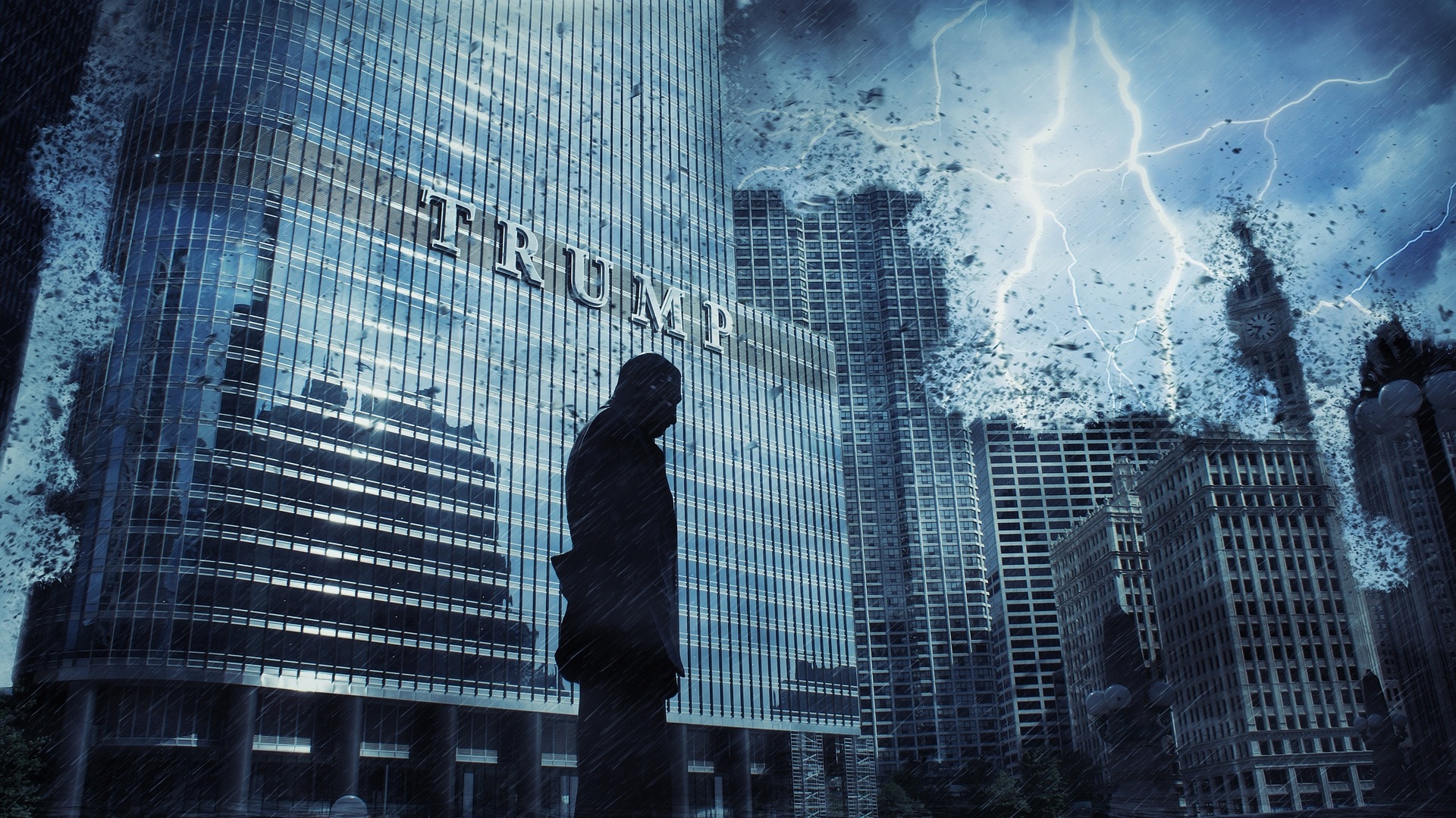 President Trump’s personal businesses have charged his reelection campaign $1.3 million for food, rent and other services since he took office, Forbes reports.

“In December, Forbes reported on the first $1.1 million that President Trump moved from his campaign into his business. Since then, his campaign filed additional documentation showing that it spent another $180,000 at Trump-owned properties in the final three months of 2018… The campaign has paid $54,000 to Trump Plaza LLC, which controls a property that includes two brownstone apartment buildings in New York City. The reason for those payments, which are listed as ‘rent,’ remains unclear… A person working behind the front desk couldn’t make sense of it.”

“Six residents also said they had never seen any indication of the campaign in the buildings. A 2016 campaign staffer, however, said people sometimes crashed at an apartment there when they were in town.”

President Trump will officially recognize Israel’s sovereignty over the Golan Heights, the Middle East Monitor reports. Playbook: “This could be a massive boost to Benjamin Netanyahu, who will be in the United States next week to meet with President Trump. Elections in Israel are April 9.

Philip Bump notes the use of WhatsApp “is particularly problematic because messages are encrypted between users, meaning that unless Kushner and Ivanka Trump stored copies of their messages or the recipients turned the messages over to the government, there’s no way to record what was said.”

“The Trump administration pushed a $1.5 trillion tax cut through Congress in 2017 on the promise that it would spark sustained economic growth. While the tax cuts have goosed the economy in the short term, officials now concede they will not be enough to deliver the 3 percent annual growth the president promised over the long term,” the New York Times reports.

“To produce that average growth rate for the next decade, White House forecasters say, the American economy would need additional rollbacks in labor regulations, a $1 trillion infrastructure plan and another round of tax cuts.”

“Getting all those policies implemented would be highly unlikely, given a divided Congress and a ballooning federal deficit, which could limit lawmakers’ appetite to spend money on a new tax cut or infrastructure plan.”

The Federal Reserve signaled that it will not raise interest rates again in 2019, a dramatic about-face that indicates the central bank’s worries about the economy are intensifying, the Washington Post reports. Said Fed chairman Jerome Powell: “Growth is slowing somewhat more than expected.”

Los Angeles Times: “On Thursday afternoon, New Zealand Prime Minister Jacinda Ardern announced an immediate ban on all ‘military-style semiautomatic weapons’ and assault rifles. She also said the government intended to launch a buyback program for people who own the banned weapons.”

“It had been all of six days since a gunman identified as a white supremacist killed 50 Muslims in the city of Christchurch, the deadliest shooting in New Zealand history. The quick action was a stark contrast to the slow pace of making gun legislation in the United States.”

Politico: “By Thursday afternoon, Beto O’Rourke will have campaigned in all 10 counties in New Hampshire — a sprint that will take him all of 48 hours. Last week he was all over Iowa, and in between, he traversed the upper Midwest.”

“With no job tying him to Washington or a state capital — and a genuine zeal for the open road — O’Rourke is rallying college students, bounding onto café countertops and pressing himself into the news cycle in different media markets by the hour.”

First Read: “The expectation is that he will keep this pace going for the foreseeable future. Can the rest of the Democratic field keep up?”

Politico: “As the lurid disputes [against McCain and George Conway] dominated cable news for several more hours, it was unclear whether Trump had any strategy in mind. Some people close to Trump speculated that he might be consciously trying to remake the news environment — creating a bizarre spectacle to displace criticism of his tepid response to the massacre of dozens of Muslims in New Zealand, the timing of the administration’s decision to ground Boeing’s 737 Max jets, and frenzied anticipation around the imminent release of special counsel Robert Mueller’s final report.”

“But the saga has left even White House aides accustomed to a president who bucks convention feeling uncomfortable. While the controversies may have pushed aside some bad news, they also trampled on Trump’s Wednesday visit to an army tank manufacturing plant in swing-state Ohio.”

James Hohmann: “We’ve grown collectively numb to so much of this drama. But try to imagine George W. Bush ripping into the husband of Karen Hughes, who played a role similar to Kellyanne in his White House. Or Barack Obama mocking George McGovern after he died in 2012. It’s inconceivable.”

“This week’s beefing speaks volumes about not just Trump but the coarser and crueler era he’s ushered in. If denizens of official Washington thought being here would change Donald Trump, Trump has changed Washington. It’s also inconceivable, for example, to imagine Hughes’s husband Jerry publicly attacking Bush while she worked in the White House, as George Conway continues to slam Trump on Twitter, or McGovern putting out a posthumous statement attacking Obama like the one McCain’s family released last summer.”

“Trump has supercharged the celebrification of American politics, as a cast of characters you couldn’t dream up cycle through this tragicomedy. TMZ videographers are now a fixture of DCA, staking out the departures level of the airport with cameras as they wait for people who have become famous in the Trump era.”

First Read notes that if the Mueller report is coming out soon, here are the 10 questions we hope the special counsel will answer:

President Trump still wants Robert Kraft to visit the White House with the New England Patriots for a Super Bowl celebration party, Politico reports. White House aides said they think this is a bad idea, given the soliciting of prostitution charges against Kraft, but they believe Trump will invite Kraft regardless of their advice.

The commandant of the Marines has warned the Pentagon that deployments to the southwest border and funding transfers under the president’s emergency declaration, among other unexpected demands, have posed “unacceptable risk to Marine Corps combat readiness and solvency,” the Los Angeles Times reports.

Marine Corps Gen. Robert Neller said the “unplanned/unbudgeted” deployment along the border that President Trump ordered last fall, and shifts of other funds to support border security, had forced him to cancel or reduce planned military training in at least five countries, and delay urgent repairs at bases.