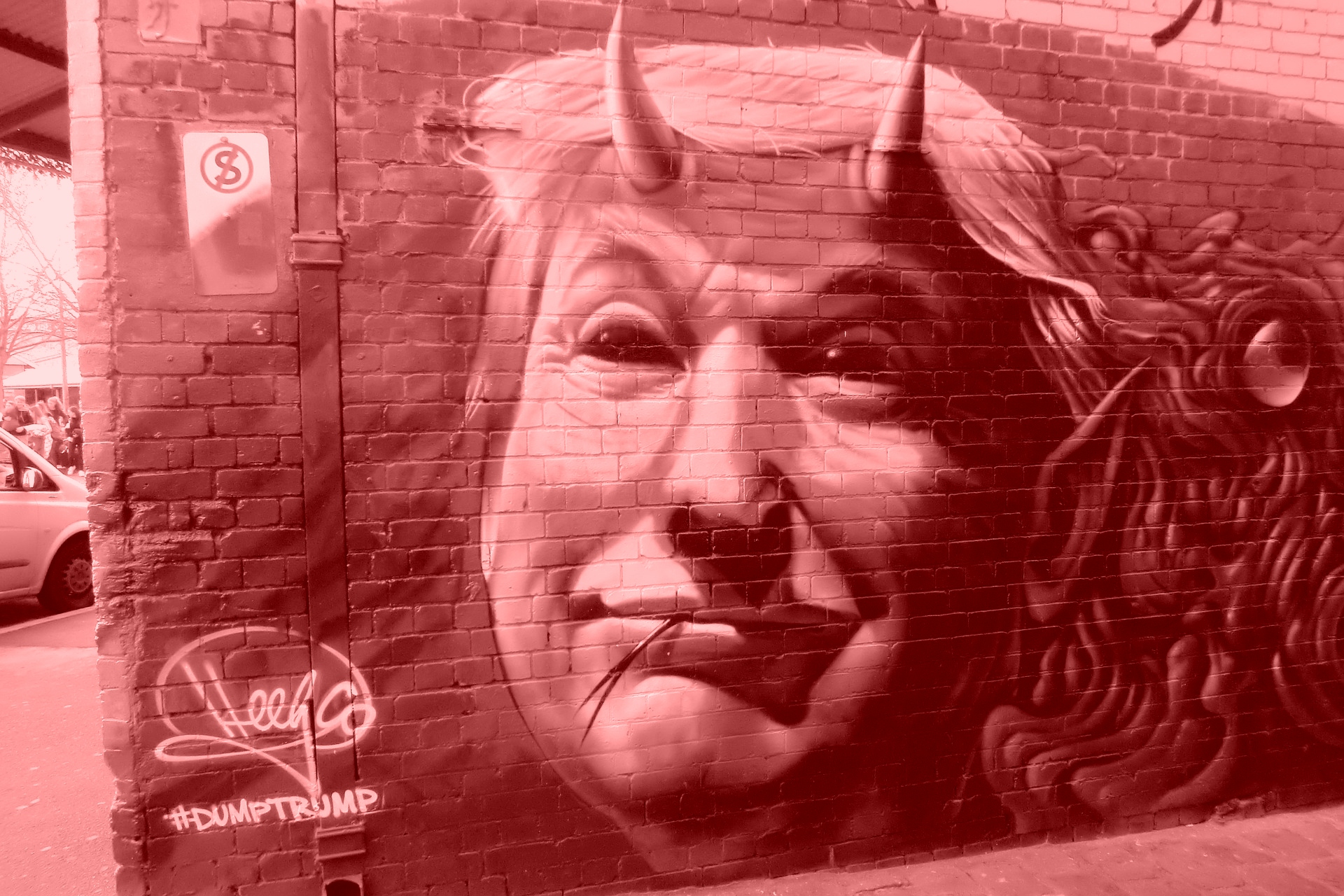 President Trump “continued to attack the late senator John McCain, even as a growing number of Republican senators rose to McCain’s defense, calling him an war hero and a patriot — although most were careful not to criticize the president directly,” the Washington Post reports.

Said Trump: “I endorsed him at his request and I gave him the kind of funeral he wanted, which as president I had to approve.” He added: “I don’t care about this. I didn’t get a thank you. That’s okay. We sent him on the way. But I wasn’t a fan of John McCain.”

“Hope Hicks, the former White House communications director and long-time confidante of President Trump, plans to turn over documents to the House Judiciary Committee as part of its investigation into potential obstruction of justice,” CNN reports.

Matthew Yglesias: “The selection of a vice president is one of the most substantively important decisions a president makes. You want to draw from the broadest possible talent pool, and making the selection early is antithetical to that on a whole number of levels — most importantly because a lot of key talent won’t necessarily be willing to embrace your cause so early. (Including the rest of the field running for the nomination.)”

“Locking yourself into the relatively narrow category of ‘politicians who are willing to make an early Joe Biden endorsement’ ends up excluding a huge number of people, could prove tactically disadvantageous during a general election, and would be a blown opportunity to improve governance if Biden won.”

New York Times: “After losing his bid for Florida’s governorship by less than one half of a percentage point, Mr. Gillum, the former Tallahassee mayor, is now carefully planning his next steps amid speculation that he would run for president. On Wednesday, he announced he will not join the Democratic field seeking to oppose President Trump, but instead return to political organizing. He said he aims to build a voter mobilization network in Florida that will help whoever becomes the Democratic Party’s nominee to capture the state’s all-important 29 electoral votes.”

“The House Judiciary Committee is planning to send a second wave of document requests to associates of President Trump, including Trump lawyer Rudy Giuliani and a former lawyer for Michael Cohen who last year sought a pardon on his client’s behalf,” the Wall Street Journalreports.

“Other individuals likely to be sent requests include former Secretary of State Rex Tillerson and Gary Cohn, an investment banker who served as Mr. Trump’s top economic adviser until he stepped down one year ago.”

“A leading Democratic bundler who helped former President Barack Obama raise money during his two presidential campaigns has been indicating to friends that he’s likely to support Beto O’Rourke in the 2020 race,” CNBC has learned. “Mark Gallogly, the co-founder of investment firm Centerbridge Partners, has signaled to associates that he’s likely going to help O’Rourke.”

Kellyanne Conway defended President Trump’s attacks on her husband George Conway saying he’s “a counterpuncher” and asserting that the president is free to respond when he’s accused of having a mental illness, Politico reports.

Said Conway: “He left it alone for months out of respect for me. But you think he shouldn’t respond when somebody, a non-medical professional accuses him of having a mental disorder? You think he should just take that sitting down?” She added: “Don’t play psychiatrist any more than George should be. You’re not a psychiatrist and he’s not, respectfully.”

President Trump said he does not mind if the public is allowed to see the report that Special Counsel Robert Mueller is preparing about his investigation of Russian meddling in the 2016 presidential election and any possible links to the Trump campaign, Reuters reports. Said Trump: “Let it come out. Let the people see it.”

“President Trump has taken increased control of negotiations over North Korea’s nuclear weapons program, sidelining his own top negotiator and dismissing the warnings of top intelligence and foreign policy advisors in the wake of last month’s failed summit in Vietnam,” Time reports.

“In recent days, Trump shut down an effort by Stephen Biegun, nominally the Administration’s lead negotiator with Pyongyang, to reestablish a back channel through the North’s United Nations mission in New York … At the same time, Trump continues to dismiss the conclusions of the CIA, State and Defense Departments and other agencies that North Korea will not abandon its nuclear weapons program, continuing to insist that he and Kim can negotiate a deal, according to two U.S. officials.”

“Legal experts, along with the congressman leading the House Russia investigation, tell NBC News that the most important question investigators must answer is one that may never have been suitable for the criminal courts: Whether President Trump or anyone around him is under the influence of a foreign government.”

“But in an interview, House Intelligence Committee Chairman Adam Schiff said he is steering his investigation in a new direction to focus on it — and he will demand any relevant evidence compiled by the FBI or Mueller’s team.”

First Read: “While the first two Democratic debates will have space for up to 20 candidates (on back-to-back nights), the debates in the fall and winter of 2019 could have room for just 10.”

“We have a good idea who six of these 10 might be: Biden (if he indeed runs), Bernie, Beto, Kamala Harris, Elizabeth Warren and (probably) Amy Klobuchar.”

“But who gets the other four slots? Talk about some intense competition.”

“A federal judge ruled late Tuesday that the Interior Department violated federal law by failing to take into account the climate impact of its oil and gas leasing out west,” the Washington Post reports.

“The decision by U.S. District Court for the District of Columbia Judge Rudolph Contreras marks the first time the Trump administration has been held to account for the climate impact of its energy-dominance agenda, and it could have sweeping implications for the president’s plan to boost fossil fuel production across the country.”

Gabriel Sherman: “Donald Trump’s alliance with Fox News has been one of the few constants throughout his shambolic presidency. But in recent days, that bond has shown signs of fraying.”

“Trump’s attacks on Fox have widened the chasm between the network’s opinion hosts and the news division, which have been fighting a cold civil war since Roger Ailes was ousted in July 2016.”

“The outcome of that civil war will be decided by Fox Corporation chairman and C.E.O. Lachlan Murdoch. Rupert’s oldest son took over the smaller media company that emerged out of the Murdochs’ $71 billion deal to sell their entertainment assets to Disney. Though Lachlan hired West Wing stalwart Hope Hicks, staffers believe he is likely to nudge the network away from its close marriage to Trump. Sources close to Lachlan pointed out that Lachlan is a libertarian conservative, not a MAGA diehard, who in private has expressed annoyance at Trump.”