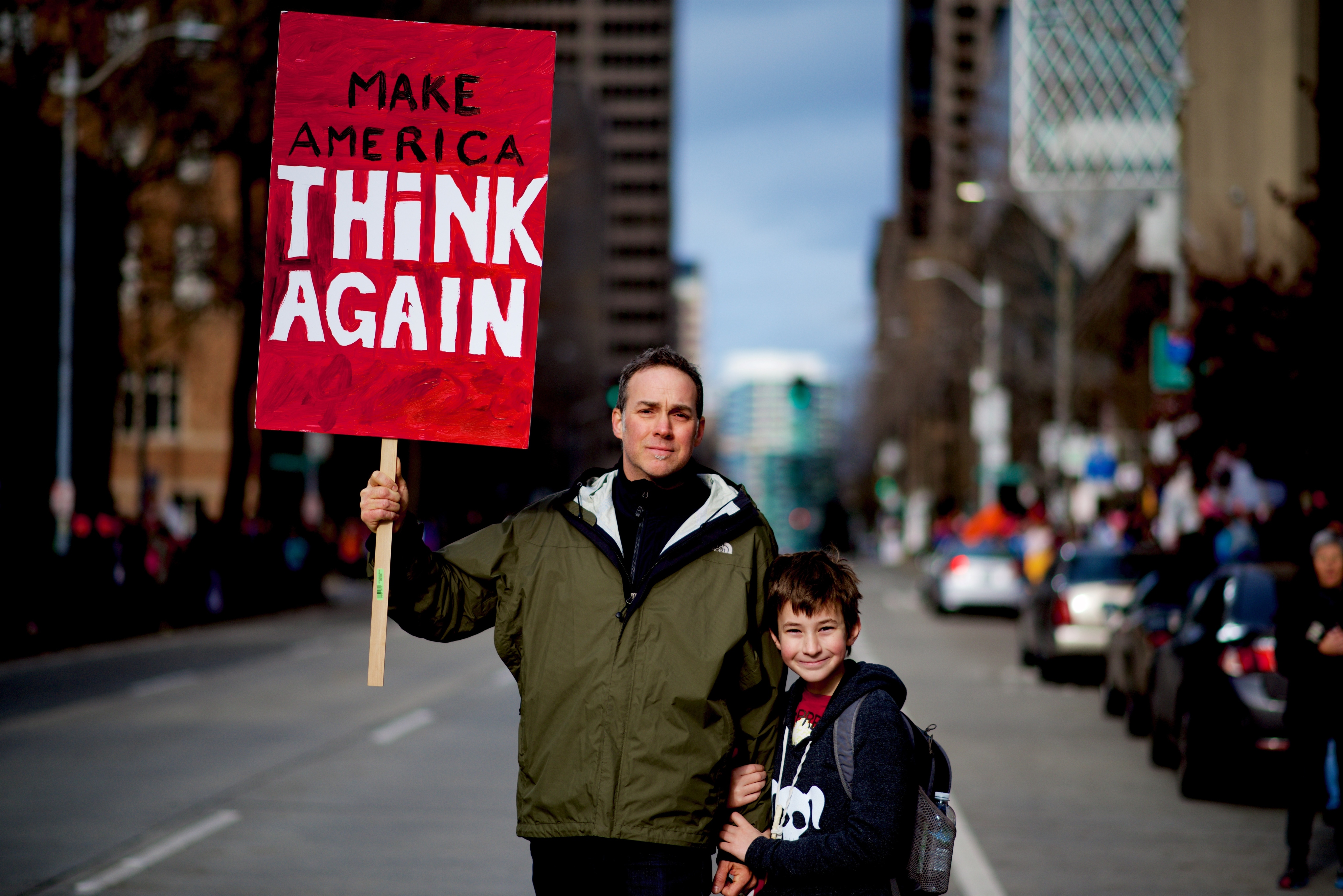 New York Times: “More than two years later, Mr. Trump’s financial ties with Deutsche Bank are the subject of investigations by two congressional committees and the New York attorney general. Investigators hope to use Deutsche Bank as a window into Mr. Trump’s personal and business finances.”

“Deutsche Bank officials have quietly argued to regulators, lawmakers and journalists that Mr. Trump was not a priority for the bank or its senior leaders and that the lending was the work of a single, obscure division. But interviews with more than 20 current and former Deutsche Bank executives and board members, most of them with direct knowledge of the Trump relationship, contradict the bank’s narrative.”

“Stung by obscene and pointed criticism, Representative Devin Nunes, a Republican from California, has sued Twitter and three users for defamation, claiming the users smeared him and the platform allowed it to happen because of a political agenda,” the New York Times reports.

“The complaint, filed in Virginia on Monday, seeks $250 million in damages. In making his case, Mr. Nunes, a loyal ally of President Trump and the former chairman of the House Intelligence Committee, repeated several common Republican complaints that Twitter has repeatedly denied: that it censors Republicans, “shadow bans” their accounts and actively helps their opponents.”

Politico:“The House Judiciary Committee announced on Monday that it received responses from a ‘large number’ of the 81 individuals and entities who were asked to provide documents as part of the panel’s wide-ranging investigation into obstruction of justice allegations against President Trump — but the committee was mum on details about who complied.”

First Read: “If he’s going to win, Biden has to shake things up, and that’s why we’re intrigued by the internet speculation that maybe he’s going to come out of the gates with a vice-presidential pick. (Is that why he met last week with Stacey Abrams?)”

“It suggests Biden can’t win by himself; it discourages alliances and endorsements from other 2020 candidates; and it eliminates the veepstakes speculation in the summer of 2020 (when a nominee-to-be is looking to raise his/her name ID, build a national infrastructure and rake in lots of money).”

“But it also acknowledges that Biden has to be unconventional if he wants to win – as Beto-mania, Pete-mania, and Kamala-mania are real things.”

Shortly before launching his presidential campaign, Sen. Bernie Sanders emailed his supporters, urging them to “do our very best to engage respectfully with our Democratic opponents—talking about the issues we are fighting for, not about personalities or past grievances. I want to be clear that I condemn bullying and harassment of any kind and in any space,” The Atlantic reports. “What he didn’t include was that one of the people already advising him and helping him write those launch speeches is one of his most famously aggressive supporters online.”

“Since December, David Sirota has, on Twitter, on his own website, and in columns in The Guardian, been trashing most of Sanders’s Democratic opponents—all without disclosing his work with Sanders—and has been pushing back on critics by saying that he was criticizing the other Democrats as a journalist.”

Sen. Elizabeth Warren (D-MA) is calling for an end to the Electoral College as a way to guarantee that “every vote matters,” CBS Newsreports.

Rep. Steve Cohen (D-TN) told CNN the Electoral College was “conceived in sin” and originally designed to effectively perpetuate slavery. Said Cohen: “The slave states wanted equal representation in the Senate because they wanted to keep slavery. The slave states wanted to have an Electoral College to where the members that they had in Congress counted towards the vote of president, where the slaves counted as two-thirds and in the popular vote they would count as zero. So the slaves states didn’t want a popular election because their slaves wouldn’t count towards voting and the slaves states would have less votes.”

Philip Bump: Democrats calling to abolish the electoral college should not be surprising.

“It’s a recognition that Mulvaney has successfully navigated a tumultuous West Wing. The former South Carolina congressman and White House budget chief talks to the president multiple times a day and maintains good relations with Ivanka Trump and Jared Kushner — Trump family members who also happen to be the White House’s two most powerful staffers — while giving them and other top staffers more leeway to operate than his predecessor, John Kelly.”

Deputy Attorney General Rod Rosenstein has reached an agreement with Attorney General William Barr to stay on at the Justice Department “a little while longer,” according to Fox News. Rosenstein would like to stay in his post until the Mueller investigation concludes, and sources confirmed that he’s still the primary liaison between department headquarters and Mueller’s office.

Washington Post: “Federal judges have ruled against the Trump administration at least 63 times over the past two years, an extraordinary record of legal defeat that has stymied large parts of the president’s agenda on the environment, immigration and other matters.”

“In case after case, judges have rebuked Trump officials for failing to follow the most basic rules of governance, including providing legitimate explanations for shifts in policy, supported by facts and, where required, public input.”

But then again… “A three-judge U.S. appeals court panel signaled sympathy toward President Donald Trump on Tuesday in his appeal in a Democratic-backed lawsuit that accuses him of violating anti-corruption provisions of the U.S. Constitution with his Washington hotel,” Reuters reports.

“The judges on the Richmond, Virginia-based 4th U.S. Circuit Court of Appeals indicated they may dismiss the lawsuit filed against the Republican president in June 2017 by the Democratic attorneys general of Maryland and the District of Columbia.”

“Maryland-based U.S. District Judge Peter Messitte last year allowed the lawsuit to proceed, a ruling that Trump appealed to the 4th Circuit. All three of the judges who heard the appeal were appointed by Republican presidents.”

George Conway told the Washington Post that he has had a number of notable interactions with Donald Trump over the past decade, including legal representation and sensitive legal matters since Trump became president.

He described the president as “mendacious” and “incompetent” and predicted he would not win reelection.

Conway also suggested his own tweets questioning the president’s mental health were aimed in part at avoiding conflicts with his wife: “It’s so maddening to watch. The mendacity, the incompetence, it’s just maddening to watch. The tweeting is just the way to get it out of the way, so I can get it off my chest and move on with my life that day. That’s basically it. Frankly, it’s so I don’t end up screaming at her about it.

Sen. Kirsten Gillibrand (D-NY) defended her call for former Sen. Al Franken (D-MN) to resign from the Senate in the wake of sexual misconduct allegations, saying that she “stood up for women who came forward,” The Hill reports.

Said Gillibrand: “If there are a few Democratic powerful donors who are angry because I stood up for women who came forward with allegations of sexual harassment, that’s on them.” She added: “I had a choice to make whether to stay silent or not, whether to say ‘it’s not OK with me,’ and I decided to say that.”