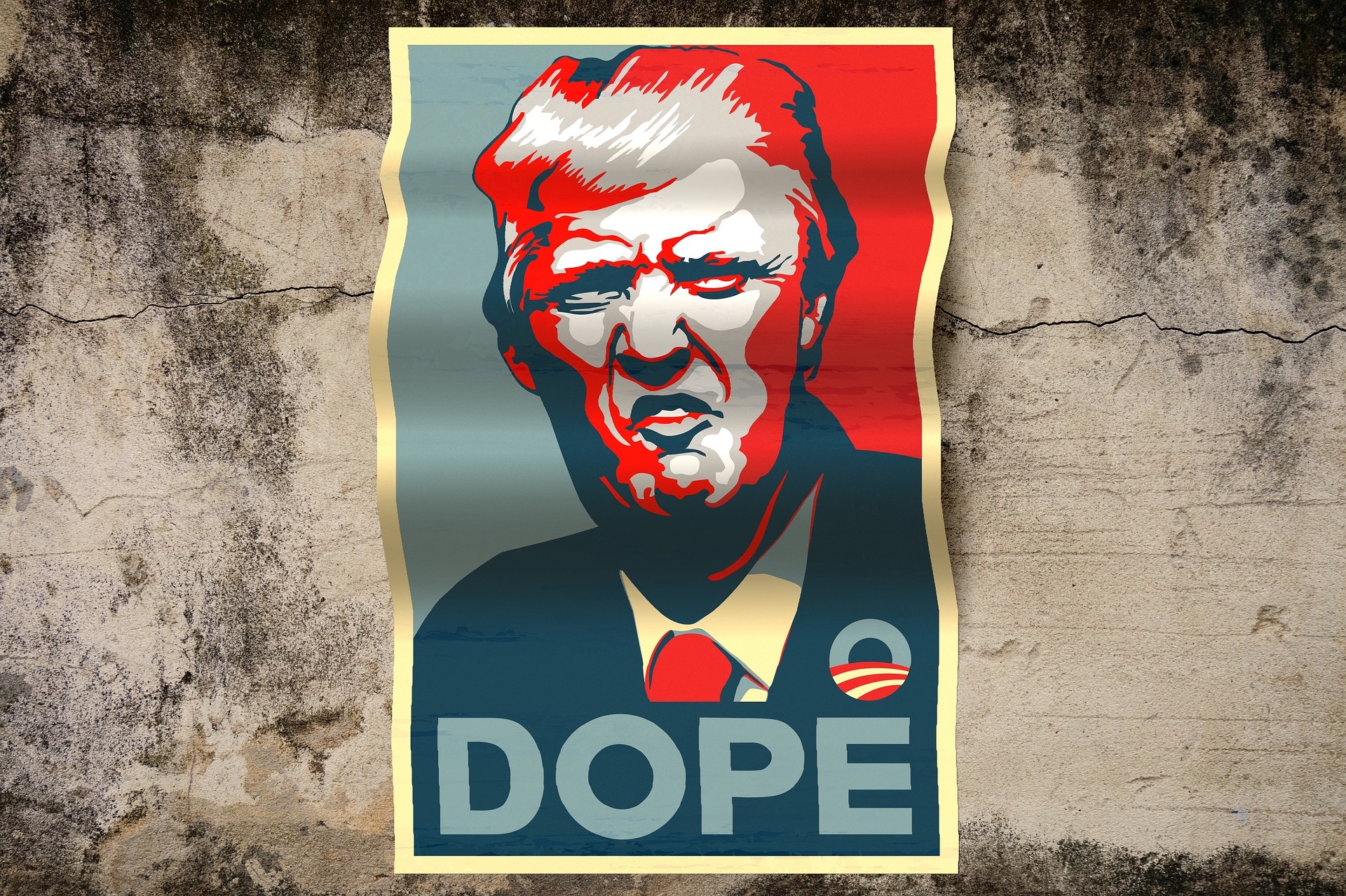 Peter Wehner: “It doesn’t take a person with an advanced degree in psychology to see Trump’s narcissism and lack of empathy, his vindictiveness and pathological lying, his impulsivity and callousness, his inability to be guided by norms, or his shamelessness and dehumanization of those who do not abide his wishes. His condition is getting worse, not better—and there are now fewer people in the administration able to contain the president and act as a check on his worst impulses.”

“This constellation of characteristics would be worrisome in a banker or a high-school teacher, in an aircraft machinist or a warehouse manager, in a gas-station attendant or a truck driver. To have them define the personality of an American president is downright alarming.”

Beto O’Rourke raised $6.1 million in his first 24 hours as a presidential candidate, according to his campaign, surpassing Bernie Sanders and every other 2020 Democrat who has disclosed their figures, NBC Newsreports.

Washington Post: “O’Rourke was a fundraising juggernaut during his U.S. Senate race in Texas last year, but there were significant questions about whether that would translate to a national campaign where he was running against fellow Democrats, not Republican Sen. Ted Cruz.” “The answer appears to be yes.”

CNN: “O’Rourke told reporters in Milwaukee on Sunday that he is ‘in talks’ with someone to become his campaign manager and has offered the job to one person. He did not say who that person is. O’Rourke’s campaign declined to comment, and Jen O’Malley Dillon did not return requests for comment.”

“O’Malley Dillon was the deputy campaign manager of President Barack Obama’s re-election campaign and a top political consultant for Justin Trudeau in Canada.”

Nate Silver: “Presumably, this was intentional on the O’Rourke campaign’s behalf. Having some good news in its pocket, it waited to announce its fundraising haul until a busier news cycle (Monday morning instead of Friday afternoon) and until the media narrative surrounding his launch had begun to overextend itself. O’Rourke’s $6.1 million in fundraising is important unto itself — more money allows a campaign to hire more staff, open more field offices, run more ads and compete in more states — but it sounded like an even bigger deal to journalists who had begun to hear whispers of fundraising totals that would fall well below that.”

“It could be more than a good troll, in fact, if it suggests that O’Rourke and his staff are learning to manage media expectations, something that had been a problem for the proto-campaign in its pre-launch phase. Expectations management is a key survival skill for a modern presidential candidate — one that could come in handy later on when the media is trying to interpret, for example, whether a second-place finish in the Iowa caucuses was a good finish for O’Rourke or a bad one.”

Harry Enten: “O’Rourke’s campaign is off to a fast start. He reported raising $6.1 million in the first 24 hours of his campaign and has generated a lot of Google search interest.” “Candidates who have done well on both metrics on launch day have seen a subsequent jump in the polls.”

“The U.S. military is crafting plans that could keep nearly 1,000 forces in Syria, U.S. officials said, a shift that comes three months after President Trump ordered a complete withdrawal and is far more than the White House originally intended,” the Wall Street Journal reports.

“Protracted administration talks with Turkey, European allies and U.S.-backed Kurdish fighters have so far failed to secure an agreement to create a safe zone in northeastern Syria, part of Mr. Trump’s plan for leaving Syria.”

“The U.S. now plans to keep working with Kurdish fighters in Syria, despite Turkish threats to cross the border and attack the Kurds, the U.S. officials said. The proposal could keep as many as 1,000 American forces, spread from the north of Syria to the south.”

New York Times: “As the primary process kicks into full swing, some Democrats are bypassing the kind of experienced Washington ‘wiseguys’ who operated in the caldron of beltway politics — famous strategists like David Axelrod, James Carville and, more recently, Robby Mook. Instead, campaigns are increasingly filling senior positions with a new generation of activist-driven operatives, whose political formation took place in grass-roots movements.”

“The shift has resulted in greater staff diversity than in previous cycles, but it has also influenced strategy, according to campaign officials. New voices are joining with election-cycle veterans to bring fresh ideas and political strategies to the presidential stage.”

The Week: “Trump’s ridicule of the late Arizona Sen. John McCain came during a weekend tweeting spree that was, even by the president’s own very low standards, extraordinary for its sustained thin-skinned narcissism. He complained about a Saturday Night Live rerun, about a pair of insufficiently toadying Fox News anchors, and, of course, about Special Counsel Robert Mueller’s investigation into his 2016 presidential campaign.”

“His criticism of McCain wasn’t just incorrect — yes, McCain took the now-infamous Steele Dossier to the FBI, but he did it after Election Day — but extraordinarily petty. Even Sen. Lindsey Graham (R-S.C.), who has become one of Trump’s most loyal sidekicks, felt compelled to issue a corrective of sorts.”

BuzzFeed News: “Across a breathtaking succession of stops throughout Iowa, from three different countertops, one podcast studio, and one truck bed, the first three days of O’Rourke’s campaign unfolded a world away. It wasn’t that Iowans hadn’t seen the skepticism about O’Rourke. It was that many of them didn’t much care. They saw an O’Rourke much closer to the one stormed across Texas, coming within a narrow margin of defeating Cruz.”

“They were entranced, they said, by his charisma, his oratory, and his particular style of campaigning — down-to-earth, personal, and relentlessly positive. Though few were willing to commit to voting for him, as is common this early in Iowa, many said they were convinced that he could deliver on the promise of unity that he offered at every campaign stop.”

“Agents were authorized to use the megadonor’s hands and face to unlock any phones that required fingerprint or facial scans.”

“British Prime Minister Theresa May’s will not be able to bring her beleaguered Brexit withdrawal bill back to parliament for a third vote in its current form, the Speaker of Britain’s House of Commons said, CNNreports.

“Citing a convention that dates back to 1604, Bercow said that the government could no repeatedly put the same motion before lawmakers if it had been previously rejected.”

The BBC said the Speaker’s intervention could have a “massive” impact on the Brexit process – with 11 days to go before the UK is scheduled to leave the EU on March 29.

CNN: “As he prepares for a possible run, Biden has hunkered down for strategy sessions with a tight knit group of advisers and held meetings with top Democrats and elected officials. One subject of discussion has been the early selection of a running mate, which one aide said would help keep the focus of the primary fight on the ultimate goal of unseating Trump.”

“Last week, Biden stirred speculation as he met privately with Stacey Abrams, a Democratic rising star who ran for governor in Georgia last fall and is weighing another run for office — potentially even the presidency. Biden requested the meeting, according to a person familiar with the sit-down, which comes as the two mull their own respective political futures. Abrams also huddled with a half-dozen other Democratic presidential hopefuls, but her meeting with Biden takes on added weight because of his attempts to shore up support among black leaders amid lingering questions about his treatment of Anita Hill during the Clarence Thomas confirmation hearings and his support for a sweeping crime bill two decades ago.”

“Biden’s team has started gaming out scenarios for what a campaign launch could look like with Wilmington, Delaware, and Scranton, Pennsylvania, where Biden was born, among several potential locations floated for an announcement rally, a source with knowledge of the discussions said. While the rest of the Democratic field settles into place, Biden’s allies say the former vice president is keenly aware of the attention any announcement will draw.”

“Four leading Democrats are demanding a new FBI investigation into a Florida woman’s apparent ties to Donald Trump, focusing on whether she illegally sought to leverage her relationship with the President by selling access to Chinese clients,” CNN reports.

Sen. Roy Blunt (R-MO) “has been disinvited from a local GOP gathering in Christian County, Missouri, next month amid a backlash over his vote to block President Donald Trump’s use of emergency powers to build a border wall,” McClatchy reports.

“The senior GOP senator from Missouri was one of 12 Republicans who joined Democrats in voting against Trump’s national emergency declaration, a move that has sparked anger within the president’s base. As a Republican sharing the ballot with Trump in 2016, Blunt squeaked out a narrow 3-point win on Trump’s coattails.”

“Prosecutors can now complain about online publications to the state communications watchdog, which has powers to block access to the websites if their owners fail to remove the material promptly. Publications found guilty of spreading ‘unreliable socially significant information’ may face fines of as much as 1.5 million rubles ($23,000).”