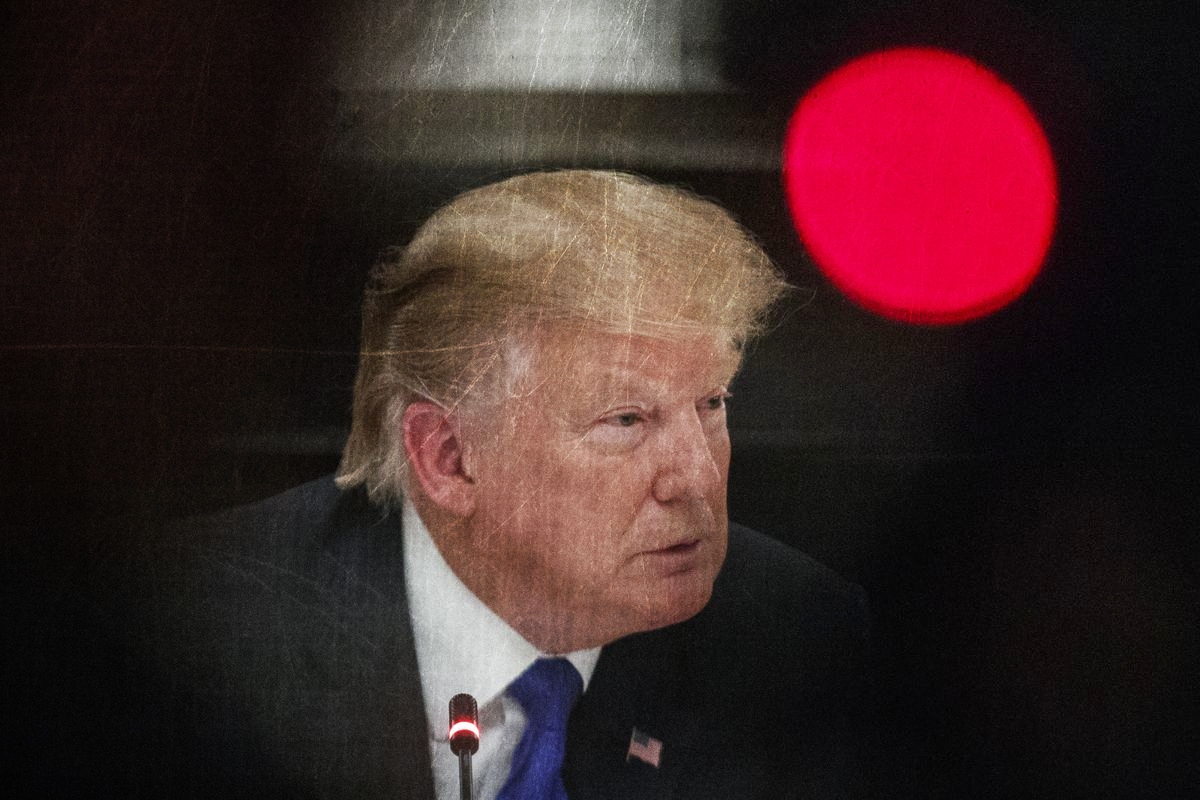 Olivia Nuzzi: “Shortly after news broke this month that Bill Shine would resign as the White House communications director and deputy chief of staff, a person knowledgeable about his decision told me the former Fox News exec had come to understand the counterintuitive dynamic that defines many of Donald Trump’s relationships: Proximity can be meaningless, as those who have his ear are often out of his sight.”

Said the person: “When you talk to him at night, you’re gonna have more impact than sitting in a room with six people.”

“Gillibrand, 52, had already been campaigning in key states that hold early primary contests. She has struggled to see her polling numbers increase in the wake of her initial announcement, a benefit some of her other opponents enjoyed after starting their campaigns. Gillibrand remains at 1 percent in most public opinion polls of the Democratic primary.”

Washington Examiner: “Leading Democrats are elbowing President Trump out of the way and commanding more of the media’s attention, a development that ironically is helping Trump by reducing the relentless and often harsh spotlight on him.”

“The Democratic rise to power in the House of Representatives plus the party’s spirited presidential primary is competing with Trump for news coverage and on social media platforms… This shift from the previous two years, when the president dominated the political conversation, is a welcome relief for many top Republicans. They are convinced that Trump cannot win re-election if the campaign is a referendum on him.”

“The group behind the late February operation is known as Cheollima Civil Defense, a secretive dissident organization committed to overthrowing the Kim dynasty.”

Fareed Zakaria: “One of the great strengths of democracy is that bad policies are often reversed. That’s a consolation when we look at the flurry of pandering programs being enacted as the populist wave works its way through the Western world. When a new government is elected, things can be undone. Except for Brexit, which, if it goes through, might prove to be the most profound legacy of this decade.”

“Britain, famous for its prudence, propriety and punctuality, is suddenly looking like a banana republic as it makes reckless decisions, misrepresents reality and now wants to change its own self-imposed deadline. But if it does leave the European Union, it would be bad news for Britain, Europe and the West.”

“The world order as we know it was built over two centuries, during the reigns of two liberal, Anglo superpowers — Britain and then the United States. Brexit would mark the end of Britain’s role as a great power, and I wonder whether it would also mark the day that the West, as a political and strategic entity, begins to crumble.”

Fox News host Chris Wallace told colleague Shepard Smith that “there’s no way President Trump can win a second term with just his base — and the president doesn’t seem to care about anyone else now,” the HuffPostreports.

Smith asked if Trump is simply going to “stay with the base, placate the base and forget everybody else and just figure out a way come 2020?” Said Wallace: “You can’t do it, because there’s just not enough votes in the base… So he’s going to have to expand his base.”

Mike Allen: “Based on demographic changes, Republicans for the first time have authentic worries about Arizona, Georgia, Texas and other states they once took for granted. Trump’s margin for error this time is much smaller, because he’s being squeezed from the north and the south.”

“From the north: Michigan, Wisconsin and Pennsylvania are harder this time because Hillary Clinton, a turnoff for many working-class voters, won’t be on the ballot.”

“From the south: Demographics are making North Carolina, Georgia, Texas and Arizona more competitive, and realistically in play.”

Nate Cohn: “The dream of a ‘Blue Texas’ has captured the imagination of Democrats for nearly a decade, and Beto O’Rourke has come closer than anyone to making a statewide victory a reality.”

“His strengths as a candidate in his narrow loss in a 2018 Senate race against Ted Cruz — by 2.6 percentage points — led his supporters to push him to run for president, and he obliged them Thursday morning.”

“But his performance may have demonstrated something else: Texas is on the doorstep of emerging as a battleground state, and any number of Democrats might stand a chance to compete there in 2020 for the presidency or the Senate.”

“His relatively close loss is promising for the party because he did not take full advantage of the longer-term trends that might put it over the top sooner than later.”

“The U.S. Supreme Court announced Friday that it is expanding the scope of the case against the Trump administration’s decision to add a citizenship question to the 2020 census, agreeing to decide whether the move violated the Constitution,” NBC News reports.

“The move comes after a federal judge in California ruled earlier this month that Commerce Secretary Wilbur Ross, whose agency oversees the census, violated the Constitution’s Enumeration Clause because the citizenship question prevents the government from conducting an accurate count of every living person in the country.”

“Fox did not announce the suspension publicly. The network declined to confirm or deny that Pirro has been suspended. There is no word on whether Pirro’s show will return next week.”

“At the same time, there is no indication that she has been fired from Fox.”

President Trump tweeted: “Bring back Jeanine Pirro. The Radical Left Democrats, working closely with their beloved partner, the Fake News Media, is using every trick in the book to SILENCE a majority of our Country. They have all out campaigns against Fox News hosts who are doing too well.”

A Moroccan-born model who attended former Italian prime minister Silvio Berlusconi’s bunga-bunga dinners has died in hospital, allegedly killed by radioactive poisoning, the Times of London reports. Iman Fadil was was due to give evidence against Burlusconi in a trial.

Sen. Bernie Sanders’ campaign “announced it will be the first major presidential campaign to have a unionized workforce, as party activists push Democratic candidates to mirror their progressive platforms within their own campaigns,” Politico reports.

“Oleg V. Deripaska, a Russian oligarch with close ties to the Kremlin, sued the United States government on Friday, demanding it lift sanctions that he claimed have cost him billions of dollars, made him ‘radioactive’ in international business circles and exposed him to criminal investigation and asset confiscation in Russia,” the New York Times reports.

“In a lawsuit filed in United States District Court in Washington, Mr. Deripaska said that the sanctions, leveled in April by the Treasury Department, should be struck down because they deprived him of due process and relied on unproven smears that fell outside the sanctions program.”

Gov. Jared Polis “quietly signed a bill that pledges Colorado’s Electoral College votes to the presidential candidate who wins the national popular vote,” the Denver Post reports. “The National Popular Vote Act makes Colorado part of a multi-state compact — but it only takes effect if and when enough states join to control 270 electoral votes.” The interstate compact has now been approved by 12  states and the District of Columbia totaling 181 electoral votes.V