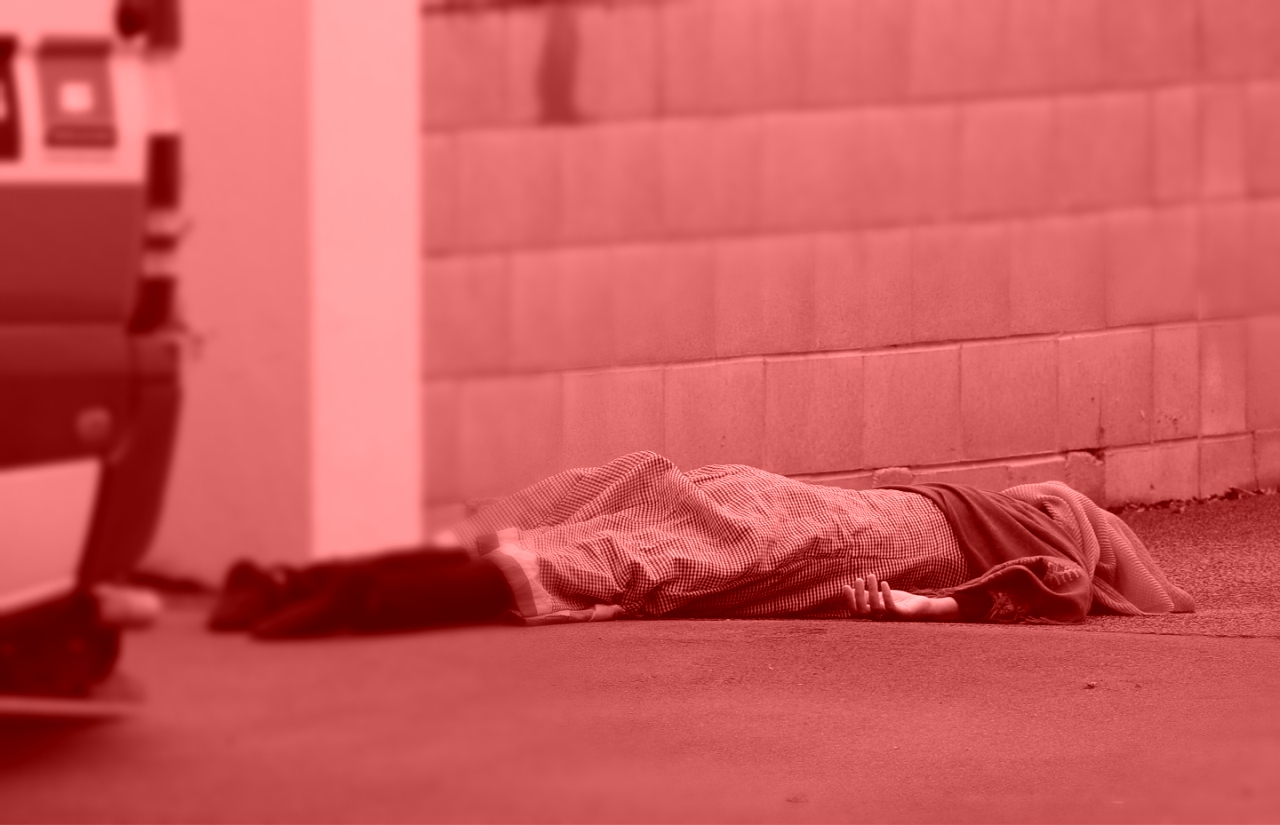 When asked if white nationalism was a rising threat in the wake of the attacks on mosques in New Zealand that left 49 people dead, the Washington Post reports President Trump on Friday said: “I don’t really. I think it’s a small group of people that have very, very serious problems.” He then went on to describe the “invasion of crime” coming through our southern border, using the exact same language as the right wing white nationalist terrorist in New Zealand.

Trump called the incident “a terrible thing” and said he had not seen a manifesto, purportedly from one of the attackers, that named him as an inspiration for white identity ideology.

Josh Marshall: “Really quite remarkable. We’ve now seen the first portion of the President’s comments. He gave a generic condemnation of the massacre in Christchurch, New Zealand and then proceeded to give a meandering speech about foreign “invasion”, i.e., immigrants “rushing our border”, calling them “murderers and killers”. In other words, moments after denouncing the massacre he went on with a lie-laden screed much of which was indistinguishable from the attacker’s manifesto.”

New York Times: “President Trump on Friday issued the first veto of his presidency, rejecting legislation that opposed his declaration of a national emergency to fund a wall along the southern border. The bill blocking Mr. Trump’s emergency declaration had attracted significant Republican support in Congress.”

The president’s veto, which was expected, will send the legislation back to Congress, which most likely does not have enough votes for an override, meaning that Mr. Trump’s declaration will remain in effect, though it will be challenged and delayed in court.

Well, that’s one way to spin it. Sen. Amy Klobuchar (D-MN) told CNN that she “can always do better” with her staff, but said her toughness would be an asset on the world stage — especially when dealing with Russian president Vladimir Putin.

Said Klobuchar: “One can always do better, and that means you want to be sure that you are listening to people if they felt that something was unfair, or they felt bad about something. But I still think that you have to demand good product. When you’re out there on the world stage and dealing with people like Vladimir Putin, yeah, you want someone who’s tough. You want someone that demands the answers and that’s going to get things done, and that’s what I’ve done my whole life.”

Intelligencer: “Anyone who thought, or hoped, that the flood of horror in response to Howard Schultz’s independent presidential exploration would deter him might want to sit down for this. Because the former Starbucks chairman and his band of true believers are convinced — and getting more unblinkingly convinced by the day — that the anger is conveniently packaged proof that they’re paving the right path.”

David Wasserman: “An overlooked key to Mr. Trump’s 2016 upset was the Republican primary system, which winnowed the 17-candidate field quickly and gave Mr. Trump a head start at jackhammering away at Hillary Clinton.”

“By contrast, the Democratic Party’s egalitarian-minded rules allocate all pledged delegates to its convention on a proportional basis: A presidential candidate who receives at least 15 percent of the vote in any state or congressional district receives a corresponding share of delegates, making it difficult for a leading candidate to become a runaway train. In fact, had the 2016 Republican primary played out under Democrats’ rules, it would have almost assuredly resulted in an ugly, contested convention.”

In the wake of California Gov. Gavin Newsom imposing a moratorium on the death penalty in California, Sen. Kamala Harris said Thursday in an interview with NPR’s Steve Inskeep that if she were elected president in 2020, she would work to see that no federal executions for any crime take place while she is in office. She praised Newsom’s moratorium, calling it “an important day for justice and for the state of California.”

Former Rep. Beto O’Rourke also called for a federal moratorium this week. Other Democratic candidates for the presidency, including Sens. Elizabeth Warren, Cory Booker, Kirsten Gillibrand, Amy Klobuchar, and Bernie Sanders, as well as Mayor Pete Buttigieg—all oppose the death penalty. Two others, Gov. Jay Inslee of Washington and Gov. John Hickenlooper of Colorado, have themselves placed moratoriums on executions in their states. Former Vice President Joe Biden, who has yet to declare whether he will run for president, has a long history of support for the death penalty.

Jeb Bush told CNN that he thinks a fellow Republican should challenge President Trump in 2020. Said Bush: “I think someone should run just because Republicans ought to be given a choice. It’s hard to beat a sitting president, but to have a conversation about what it is to be a conservative, I think it’s important.”

“I used to have great confidence that my government would protect me. You understood that if you were an American citizen like me, or resident like Jamal Khashoggi, you weren’t going to be rendered somewhere, you didn’t think that if you traveled to Madrid, say, and a BS red notice was issued for you, you’d be on your own. I’m a citizen of the United States and I served my country for 17 years, yet I don’t have that confidence any more. I don’t know that the government at its highest level thinks of Americans first – it’s whether you are on his side, or not on his side.”

— Former U.S. Attorney Preet Bharara, in an interview with The Guardian.

In private, President Trump is secretly obsessed with the prospect of former Vice President Joe Biden running for president in 2020 and aides are attempting to curb some of his concerns, Politico reported.

During a recent meeting between Trump, Vice President Mike Pence and White House Office of Political Affairs officials, the group talked about whether Trump should be nervous about Biden. People in the room told him he shouldn’t be “overly nervous” because Biden will likely be “pulled to the left” during the Democratic primaries, a White House official told Politico. Aides have reportedly told Trump that there’s no guarantee that Biden will fare well in the primaries, given the base’s interest in propelling a female or a person of color, not a 76-year-old white man. “The Democratic base is looking for someone newer, fresher,” a friend of the President told Politico.

“But she said Secretary of State Mike Pompeo and John Bolton, Mr. Trump’s national security adviser, had created an ‘atmosphere of hostility and mistrust’ that thwarted the top leaders’ negotiations in Hanoi last month.”

Politico: “In the first and earliest test of the Texas Democrat’s appeal outside of his home state, O’Rourke chewed through the news cycle, attracting crowds and a deluge of media attention that followed him from coffee shops to town halls to sidewalks in southeastern Iowa.”

“The scene delivered a sense of his potential, but also signaled the dangers ahead for his campaign. The celebrity splash that marked his first day as a presidential candidate — his visit was preceded the evening before by a Vanity Fair cover story — generated a backlash among some Democrats frustrated by the fanfare surrounding his launch, and by what they viewed as a double standard applied to O’Rourke in a field flush with women and candidates of color.”

New York Times: “On the first day of his quest for a mega-promotion, as he ferried his team in a rented minivan with Illinois plates, Mr. O’Rourke made plain his intention to transpose his Texas blueprint onto the national stage.”

Associated Press: “The Sanders Institute, a think tank founded by Democratic presidential candidate Bernie Sanders’ wife and son, is shutting down, at least for now, amid criticism that the nonprofit has blurred the lines between family, fundraising and campaigning. The Vermont-based institute has stopped accepting donations and plans to suspend all operations by the end of May ‘so there could not even be an appearance of impropriety.’”

CNN recently sat in on one of Sen. Elizabeth Warren’s “call time” sessions with small-dollar supporters, just days after she declared that she would not participate in any fundraisers, dinners, receptions or phone calls with wealthy donors during the primaries.

“Warren’s advisers say their strategy is about building a solid foundation for the long-haul. The time saved by skipping glitzy fundraisers and call times with deep-pocketed donors is being invested in more organizing events and town halls, they say. Warren has traveled to eight states — Iowa, New Hampshire, South Carolina, Georgia, Nevada, California, New York and Texas — as well as Puerto Rico so far this year.”

“There is time set aside every week for phone calls and meetings with grassroots supporters and small-dollar supporters, according to advisers, who say Warren has made hundreds of grassroots calls so far this year.”

Sen. Bernie Sanders advocated for the nationalization of most major industries, including energy companies, factories, and banks, when he was a leading member of a self-described “radical political party” in the 1970s, a CNN KFile review of his record reveals.

Now see, this is real socialism. Or real Democratic Socialism. State ownership of the means of production. The Nationalization of major industry sections like energy companies and factories and banks. That’s Socialism. And Bernie, in the 70’s and 80’s, was a real Socialist, and described himself as such. What he is proposing now, as “Democratic Socialism,” like providing Medicare for All, or proposals for having the government regulate industry or the banks, is not Socialism. It is Social Democratic policies.