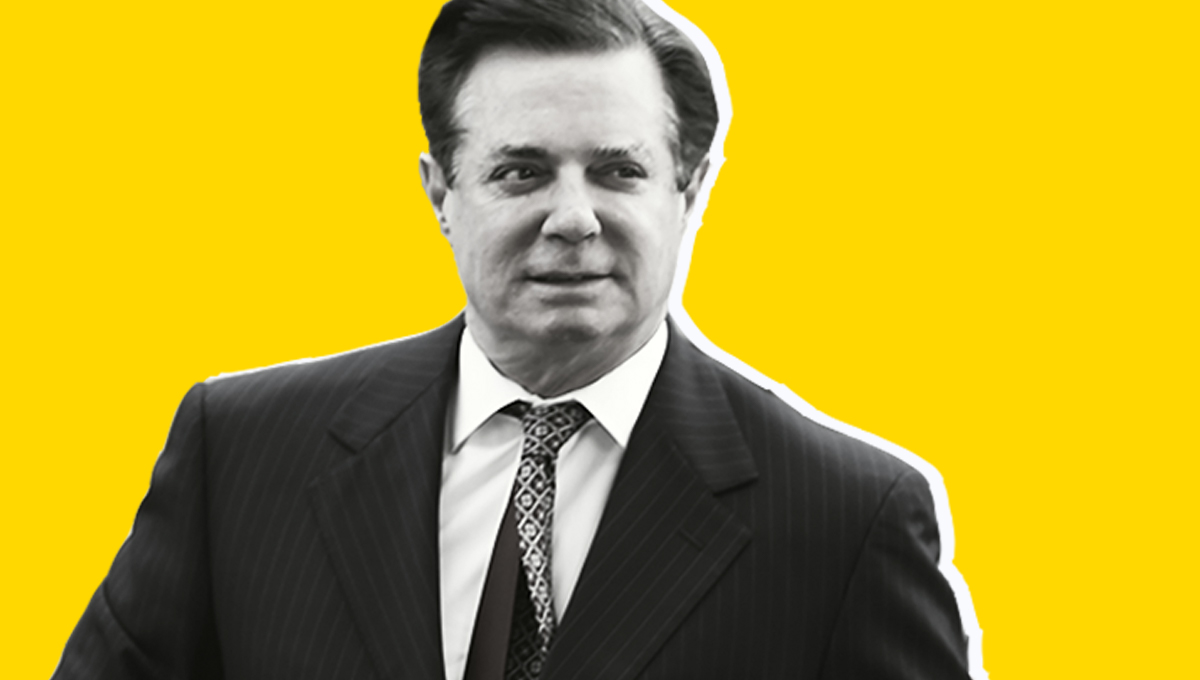 “Paul Manafort received a sentence totaling 90 months in prison after being ordered by a federal judge in Washington, D.C. to serve 43 months on top of the 47-month sentence the former Trump campaign chairman was given in Alexandria federal court last week,” the Washington Postreports.

“Judge Amy Berman Jackson pushed back on defense attorneys’ repeated assertions that he was mere collatoral damage in the special counsel investigation into Russian interference in the 2016 election.”

Nanoseconds after his DC sentence was announced, Paul Manafort was indicted by the Manhattan District Attorney’s Office, according to court documents obtained by NBC News. “Manafort was indicted on 16 counts tied to residential mortgage fraud and conspiracy, the indictment says.”

President Trump has rejected a GOP measure that would change the law on future emergency declarations, eliminating what appears to be the final last-ditch attempt to avoid the Senate publicly rebuking the President on his border wall declaration.

Sen. Mike Lee (R-UT), who’d crafted the face-saving resolution, told senators that Trump was refusing to accept his plan on Wednesday afternoon, two sources who were present for the conversation told TPM. “Lee said he talked to the president and the president’s currently not supportive of what he wants,” said one GOP senator.

Lee, signaling the death of the supposed Trump-saving measure, says he will vote for a resolution disapproving of President Trump’s emergency border declaration, becoming the fifth Senate Republican to announce his support for the measure, The Hillreports.

An attorney who said he was speaking with Rudy Giuliani reassured Michael Cohen in an April 2018 email that Cohen could “sleep well tonight” because he had “friends in high places,” according to a copy of an email obtained by CNN.

“Two emails — both dated April 21, 2018, and among documents provided to Congress by the President’s former attorney and fixer — do not specifically mention a pardon. Cohen, in his closed-door congressional testimony, has provided these emails in an effort to corroborate his claim that a pardon was dangled before he decided to cooperate with federal prosecutors.”

Jonathan Chait: “This is a really, really big deal. The power to pardon convicted criminals for federal crimes is a legitimate use of presidential authority. Whether it’s legitimate for the president to use this power to pardon criminals who committed crimes on his behalf, or might have otherwise testified against him, is a subject of intense debate.”

Asked about his rise, O’Rourke said: “I honestly don’t know how much of it was me. But there is something abnormal, super-normal, or I don’t know what the hell to call it, that we both experience when we’re out on the campaign trail.”

His wife, Amy O’Rourke, recalls the moment they first witnessed the power of O’Rourke’s gift during his campaign against Ted Cruz: “Every seat was taken, every wall, every space in the room was filled with probably a thousand people. You could feel the floor moving almost.”

Sen. Thom Tillis (R-NC) is under fire from conservative activists for supporting a Democratic effort to block President Trump’s emergency declaration to fund his border wall, The Hill reports.

“The activists have also raised Tillis’s legislation to shield special counsel Robert Mueller from any interference by Trump. Some county GOP party leaders are openly calling for Tillis to face a primary challenge.”

Wall Street Journal: “As President George W. Bush pressed the case for war in Iraq in the summer of 2002, top State Department officials warned that an invasion to overthrow Saddam Hussein could spark internal Iraqi chaos, Middle East upheaval and threats to U.S. interests, according to formerly classified documents released this week.”

“While the existence of the-called ‘Perfect Storm’ memo has been reported previously, its contents had been secret. The letter and more than 80 other formerly classified documents … were released in conjunction with the publication of The Back Channel, a memoir by former Deputy Secretary of State William Burns.”

Politico has an excerpt from the book.

Politico: “Sometime after special counsel Robert Mueller privately submits his final report on 2016 Russian election interference to the Justice Department, House Democrats plan to summon him to Capitol Hill to testify on his findings before the television cameras.”

“Expectations will be sky high that the Sphinx-like Russia investigator might reveal incriminating — possibly even impeachable — new evidence about President Trump. Those expectations would be wrong.”

Speaking to reporters after a two-hour meeting with Whitaker, Nadler presented Whitaker’s closed-door comments as a contradiction with his public testimony from February, during which Whitaker said Trump never expressed his dissatisfaction with Cohen for pleading guilty to various financial crimes and lying to Congress. When asked at that hearing whether he had ever discussed the Cohen case with Trump, Whitaker refused to answer the question.

Playbook: “It’s the middle of March — almost the end of the first quarter of 2019 — and here’s what President Trump has going on:

“The North Korea summit blew up. … Congressional Investigations are finally taking hold, and getting more serious. … The president’s party is turning on him on Capitol Hill. The White House is scrambling to convince Senate Republicans to stick by the president when it comes to his emergency declaration at the border.”

“Even more so, this White House does not appear to be driving for anything at the moment. Sure, divided government is tough — way tougher perhaps than the president’s advisers said in the wake of the election.”

“But here’s a thought exercise: What is the White House’s top proactive priority at this moment? And what do you see them doing — either publicly or privately — to achieve this?”

California Gov. Gavin Newsom (D) “is putting a moratorium on the death penalty in California, sparing the lives of more than 700 death-row inmates,” the Sacramento Bee reports.