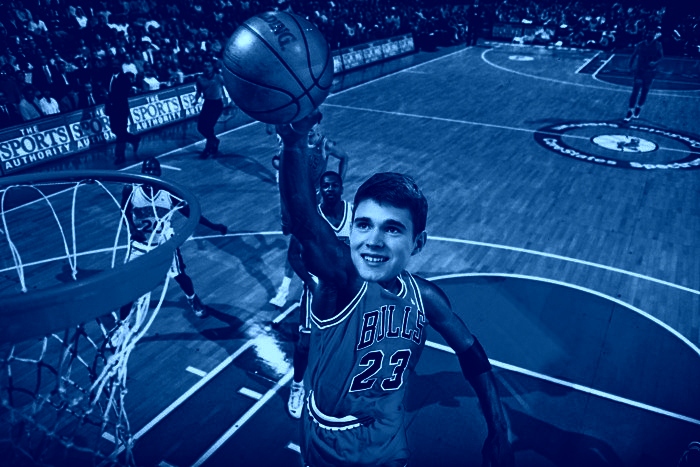 Fifty people, including Full House actress Lori Loughlin and actress Felicity Huffman, are facing federal fraud charges after an FBI investigation into an elaborate scheme to get their children into elite universities. The Department of Justice, which announced the charges Tuesday, says Loughlin, Huffman, and dozens of others allegedly paid millions of dollars in bribes to get their children admitted to Yale, Stanford, and other schools.

The plot allegedly involved cheating on standardized testing exams like the ACT and having the children of wealthy parents falsely designated as athletes — even paying hundreds of thousands of dollars to make coaches claim the children were being recruited to play sports for their schools.

“The Trump administration is preparing to shutter all 21 international offices of U.S. Citizenship and Immigration Services, a move that could slow the processing of family visa applications, foreign adoptions and citizenship petitions from members of the military,” the Washington Postreports.

Former Vice President Joe Biden will run for president in 2020, a senior Democratic lawmaker told The Hill on Tuesday, a move that will shake up the crowded Democratic primary field and make him the clear frontrunner for his party’s nomination against President Trump.

“I appreciate the energy when I got up here. Save it a little longer — I may need it in a few weeks.” — Joe Biden, quoted by ABC News, welcomed to the International Association of Fire Fighters legislative conference with chants of “Run, Joe, Run!”

“Airplanes are becoming far too complex to fly. Pilots are no longer needed, but rather computer scientists from MIT. I see it all the time in many products. Always seeking to go one unnecessary step further, when often old and simpler is far better. Split second decisions needed, and the complexity creates danger. All of this for great cost yet very little gain. I don’t know about you, but I don’t want Albert Einstein to be my pilot.”

British prime minister Theresa May’s Brexit deal has been defeated again in Parliament by 391 votes to 242, a majority of 149.

House Intelligence Committee Chairman Adam Schiff (D-CA) tweetedthat Congress is currently probing reports that President Trump “privately dangled” presidential pardons in an alleged attempt to obstruct investigations into his conduct. Schiff did not specify when the pardons were allegedly privately offered, or whom they concerned.

But he said: “Yesterday, the White House refused to rule out a pardon for Paul Manafort. That Trump does so in the open is no less corrupt.”

Trump adviser David Bossie told ABC News that a growing realization is taking hold of Republican Washington that the conclusion of special counsel Robert Mueller’s probe into Russian meddling in the 2016 campaign will only be the start of investigatory pressures on the White House.

There will be need, he said, to address the inquiries as they migrate from the Department of Justice to Capitol Hill. Both the administration and the Republican team in Congress now clearly recognize they need reinforcements.

Rep. Mo Brooks (R-AL) said he voted against the anti-hate resolution in the House last week because it did not “condemn discrimination against Caucasian-Americans and Christians.”

Brooks has long been a crusader for white people, once decrying the Democrats’ “war on whites.” “If you look at current federal law, there is only one skin color that you can lawfully discriminate against,” he said at the time. “That’s Caucasians — whites.”

Playbook says Speaker Nancy Pelosi did Democrats a favor by saying she did not support impeaching President Trump.

“This allows Pelosi to be the punching bag on the impeachment issue. Members are getting questions about removing Trump from office every single day, and they are backed up by activists who are pushing this as well. And, for now, Pelosi has taken a position, and that’s helpful for Democrats. Pelosi isn’t foreclosing the possibility of impeaching Trump if special counsel Robert Mueller drops a bomb. But this is a way to tamp down talk for the moment.”

Politico: “Buckle up: The next five days could reveal how the Mueller probe will play out. Paul Manafort will know how long he’ll be serving in prison, closing the book on special counsel Robert Mueller’s most visible legal fight. Roger Stone will know his trial date, putting a timeline on when the public will get more details about his alleged contacts with WikiLeaks.”

“And status reports are due for two of Mueller’s biggest cooperators — Michael Flynn and Rick Gates — that will signal whether the special counsel has tapped them for all the information investigators need. This week could even include the ultimate exclamation point: Attorney General William Barr announcing that Mueller has completed his assignment and that a summary version of his findings is imminent.”

Daily Beast: “There may in fact be two Mueller reports. This is because from the very beginning, Mueller has worn two hats and borne two missions relating to the Russia investigation.”

“The most public and familiar one is as a criminal investigator under the special counsel regulations. But Mueller has also carried a second charge, as a counterintelligence expert, with a much broader charge to determine and report the scope of any interference and any links to the Trump campaign—what Trump himself might refer to as ‘collusion.’”

“From the start, then, Mueller has been conducting a counterintelligence investigation, while ‘also’ assessing whether any crimes were committed. Not the other way around.”

“A chummy discussion between Vice President Pence and former vice president Richard B. Cheney quickly turned into a vigorous back-and-forth over President Trump’s foreign policy at a private gathering Saturday, with Cheney comparing the president’s instincts to those of his Democratic predecessor Barack Obama,” according to a transcript obtained by the Washington Post.

“At the closed-door retreat hosted by the American Enterprise Institute on March 9 in Sea Island, Ga., Cheney respectfully but repeatedly and firmly pressed Pence on a number of the president’s foreign policy moves — over which Cheney expressed concerns — from taking a harder line toward U.S. allies in the North Atlantic Treaty Organization to deciding to withdraw troops from Syria during what Cheney fretted was ‘the middle of a phone call.’”

In one clip, Carlson credited “white men” for “creating civilization” and made numerous racist remarks about the Obamas, including agreeing that Michelle Obama would “be a problem” because she “turns into a sister” and asking of Barack Obama, “How is he Black, for one thing? He has one white parent, one Black parent.”

Carlson also called Iraqis “semiliterate primitive monkeys” and said Afghanistan is “never going to be a civilized country because the people aren’t civilized.” He also said he had “zero sympathy” for Iraqis because they “don’t use toilet paper or forks” and that the war could turn around “if, somehow, the Iraqis decided to behave like human beings.”

“She portrays Ms. Trump and Mr. Kushner as two children forged by their domineering fathers — one overinvolved with his son, one disengaged from his daughter — who have climbed to positions of power by disregarding protocol and skirting the rules when they can. And Ms. Ward tries to unravel the narrative that the two serve as stabilizing voices inside an otherwise chaotic White House, depicting them instead as Mr. Trump’s chief enablers.”

According to the book, President Trump complained that his daughter Ivanka and his son-in-law Jared Kushner “didn’t know how to play the game” and kept attracting negative press. White House chief of staff John Kelly reportedly said it would look bad to fire them so they decided to make life difficult enough to force Kushner and Ivanka to resign. The plan didn’t work.

One other interesting tidbit: “Ivanka and Kushner kept getting refused travel on Air Force planes—but found a workaround by inviting along a Cabinet secretary, often Treasury Secretary Steven Mnuchin, to get access to the government flights.”

“The New York attorney general’s office late on Monday issued subpoenas to Deutsche Bank and Investors Bank for records relating to the financing of four major Trump Organization projects and a failed effort to buy the Buffalo Bills of the National Football League in 2014,” the New York Times reports.

“The inquiry opens a new front in the scrutiny of Deutsche Bank, one of the few lenders willing to do business with Donald Trump in recent years. The bank is already the subject of two congressional investigations and was examined last year by New York banking regulators, who took no action.”