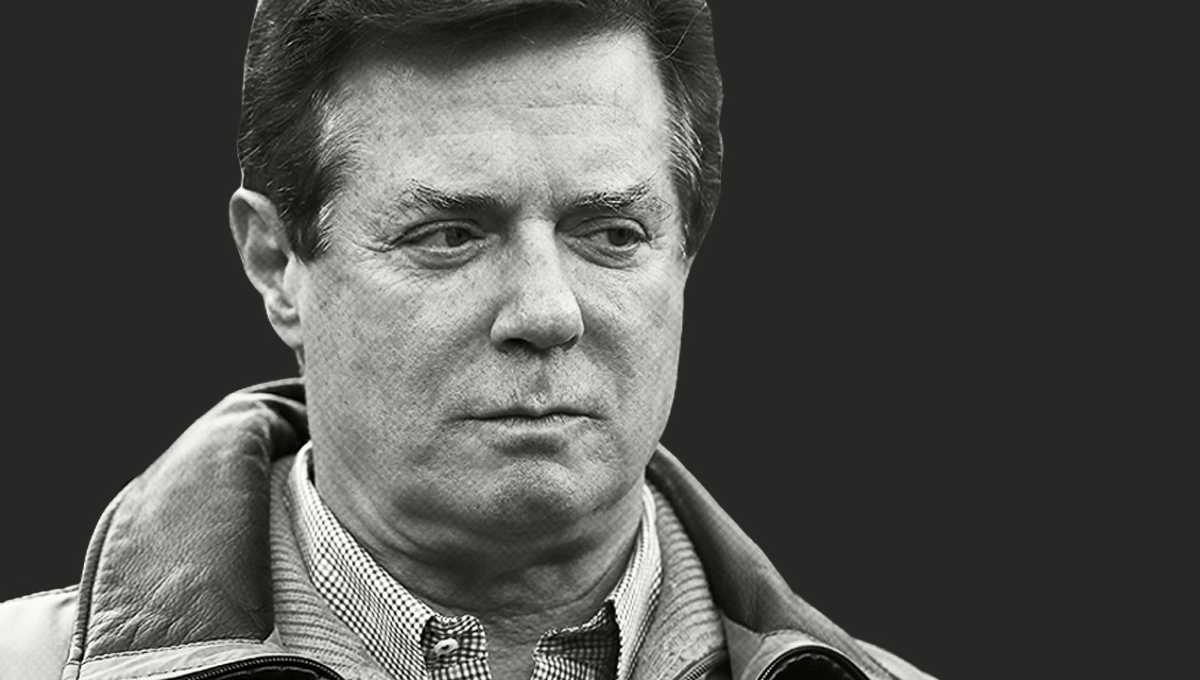 Former Trump campaign chairman Paul Manafort has been sentenced to 47 months in federal prison for tax and bank fraud, a significantly shorter sentence than prosecutors had sought. An outrageously short sentence. This was his Virginia case, where a cranky Reagan Republican Judge Ellis presided and disparaged and limited the prosecution’s case throughout the trial. He was obviously biased to white men who commit white collar crime and was predisposed to be excessively lenient on him.

Luckily, Judge Amy Berman Jackson in his DC case will sentence him next week and will likely not be predisposed to give a concurrent sentence.

“The White House has been quietly pressuring Republicans in recent days not to buck President Trump and vote in favor of a resolution that would overturn his national emergency declaration on the southern border, warning those who don’t get in line that there could be 2020 election consequences,” CNN reports.

“Trump’s staff is looking at this two ways: If only four Republicans support the resolution to overturn his emergency declaration, it won’t be as significant of a problem because some opposition is expected. But if that number grows to, say, 10 Republican senators or more, officials are worried about the potential negative optics of opposition from many members of his own party.”

What an utterly bizarre backfire and self own. This was supposed to be awkward for Democrats because it was an unofficial rebuke of Rep. Ilhan Omar. Yet in the end Omar voted to condemn anti-Semitism and 23 Republicans voted not to, simply because the resolution condemned hatred towards Muslims.

Josh Marshall: “The list of 23 is heavily stocked with some of the most hard right Republicans in Congress: Gohmert, Gosar, Massie, Yoho, Burgess, Palazzo, Biggs. Palazzo is a big time confederate flag supporter and … well, not great on race issues. And that applies to at least some degree to lots of those on the list. House number three leader Liz Cheney voted against it and (probably the only one party leaders are happy about) Lee Zeldin, one of two Jewish Republicans in Congress, did too.

Even if you say you’re voting no because it’s not strong enough, you’re still on the record voting “no” on a pretty hard to disagree with statement against various kinds of bigotry. And honestly, most of the people on the list read as people who may really disagree with key parts of the resolution on the merits, certainly on Islamophobia, some on racism and – let’s be honest – a number on anti-Semitism too. I still think this is mainly a tempest in a teapot. But inside the teapot, Republicans managed to turn this apparent heartache for Democrats into a non-trivial GOP self-own.”

Sen. Sherrod Brown (D-OH) announced that he will not mount a 2020 presidential bid, saying that he believes the best way for him to serve the country is in the U.S. Senate, the Cleveland Plain Dealer reports. “Brown’s decision comes as something of a surprise. He recently finished his tour of the early-primary states – Iowa, New Hampshire, Nevada and South Carolina – and as recently as the weekend hinted that he was going to jump in.”

“His star had been rising as a possible contender, viewed as the kind of candidate who could bring voters in Midwestern states back to the Democratic Party.”

Ron Brownstein: “In his marathon speech to a gathering of conservative activists last weekend, Donald Trump unloaded more than 16,000 words, according to the official White House transcript.”

“But amid all the meandering and asides, the belittling taunts and geysers of grievance, Trump may have synthesized the essence of his reelection strategy in just three words toward the back end of his two-hour harangue: ‘I’ll protect you.’”

“With that concise phrase, Trump revealed volumes about his view of the electorate and the coalition that he hopes will carry him to a second term. The comment underscored his determination to convince his followers of a two-stage proposition: First, that they are ‘under siege,’ as he put it, by an array of forces that he presented as either hostile to their interests or contemptuous of their values, and second, that only he can shield them from those threats.”

Daily Beast: “Officials and staffers in the U.S. embassy in Riyadh said they were not read in on the details of Jared Kushner’s trip to Saudi Arabia or the meetings he held with members of the country’s Royal Court last week. And that’s causing concern not only in the embassy but also among members of Congress.”

A federal judge ruled that Commerce Secretary Wilbur Ross acted in “bad faith,” broke several laws and violated the constitutional underpinning of representative democracy when he added a citizenship question to the 2020 Census, the Washington Post reports. “In finding a breach of the Constitution’s enumeration clause, which requires a census every 10 years to determine each state’s representation in Congress, the 126-page ruling by U.S. District Judge Richard Seeborg in San Francisco went further than a similar decision on Jan. 15 by Judge Jesse Furman in New York.”

“The Supreme Court has already agreed to review Furman’s narrower decision, with arguments set for April 23, but may now need to expand its inquiry to constitutional dimensions.”

Former Attorney General Eric Holder that the next Democratic president should “seriously” consider adding additional seat to the United States Supreme Court should they be elected alongside a Democratic majority in the Senate, the Daily Beast reports. “Holder’s willingness to entertain the idea of court packing makes him one of the most senior Democratic officials to do so. To date, virtually all elected Democrats have either ignored the proposal or dismissed it out of hand.”

Michael Cohen “was contacted by two New York attorneys who claimed to be in close contact with Rudy Giuliani, the current personal attorney to Trump,” ABC News reports. “The outreach came just as Cohen, who spent more than a decade advocating for Trump, was wrangling with the most consequential decision of his life; whether to remain in a joint defense agreement with the president and others, or to flip on the man to whom he had pledged immutable loyalty. The sources described the lawyers’ contact with Cohen as an effort to keep him in the tent.”

Cohen is also suing the Trump Organization for “failure to meet its indemnification obligations” and not paying his legal fees, Axios reports.

Documents obtained by NBC San Diego show the U.S. government created a secret database of activists, journalists, and social media influencers tied to the migrant caravan and in some cases, placed alerts on their passports.

“Even without seeing Robert Mueller’s report, or knowing what prosecutors with the Southern District of New York have unearthed, or what congressional investigators will find, we already have witnessed the biggest political scandal in American history,” Axios reports.

“Historians tell Axios that the only two scandals that come close to Trump-Russia are Watergate, which led to President Richard Nixon’s resignation in 1974, and the Teapot Dome scandal of the early 1920s, in which oil barons bribed a corrupt aide to President Warren Harding for petroleum leases.”

“Mueller has already delivered one of the biggest counterintelligence cases in U.S. history… Watergate yielded more charges than Mueller has so far… But historians say that both Watergate and Teapot Dome were more limited because a foreign power wasn’t a central player, and a much narrower band of potential offenses was under investigation.”

“House Democrats have already gone to war with President Donald Trump. But there’s one target they’re skittish of hitting too hard: his children,” Politico reports.

“Democrats, in fact, would prefer to let federal prosecutors handle the family while they take on the president themselves. Yet Trump’s family members — including Donald Jr., Eric, Ivanka and son-in-law Jared Kushner — are so deeply involved in his business and presidency that it likely would be impossible to take a completely hands-off approach.”

“Former Starbucks CEO Howard Schultz has recruited at least three veteran House Republican staffers and consultants to join his presidential campaign-in-waiting, bringing on seasoned and well-connected GOP operatives who know their way around the very political apparatus helping to reelect President Trump in 2020,” The Hill reports.

Timothy O’Brien: “A series of hurricanes tore through Florida in 2005, and Mar-a-Lago, President Trump’s business and residence in Palm Beach, was apparently very beaten up because Trump collected about $18.3 million in insurance payments from Aon PLC that year.”

“When my attorney asked Trump during a 2007 deposition if he ever plowed all of those funds back into his club, he pointed out that ‘under the insurance plan you didn’t have to’ even though ‘the hurricane really did tremendous damage.’”

“In 2016, the Associated Press scoured Palm Beach property records for damage reports, interviewed the adjuster who assessed Trump’s insurance claim, met with the man who oversaw Mar-a-Lago and spoke with several former Palm Beach officials about possible hurricane damage to the club. There was ‘little evidence’ of ‘large-scale damage,’ the AP concluded.”