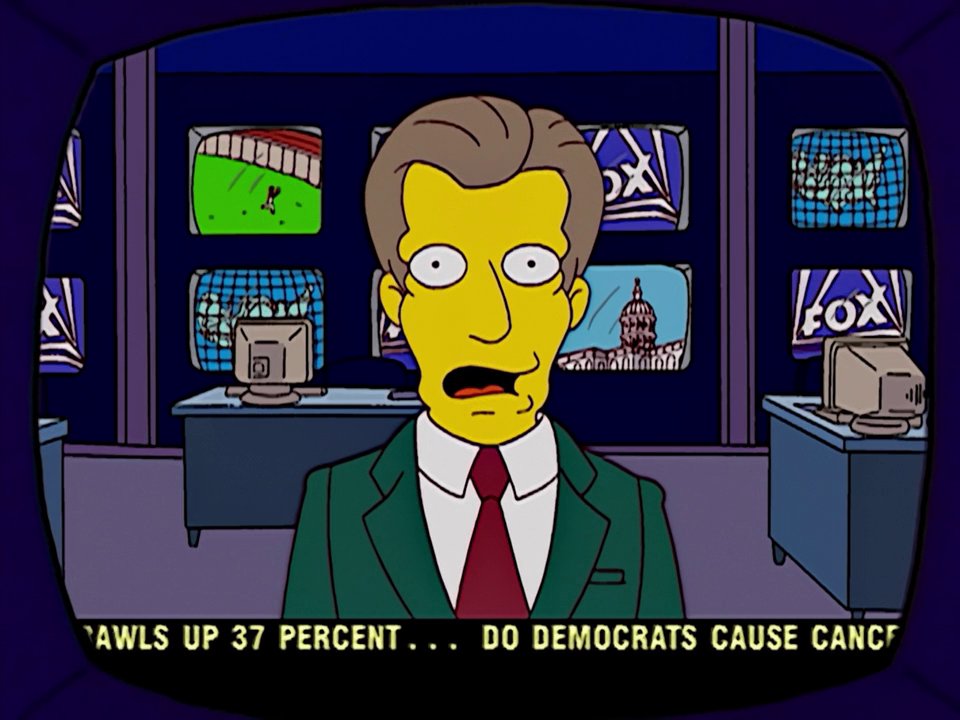 The DNC has officially decided to block Fox News from airing any of the Democratic debates, citing a New Yorker article that detailed the revolving door between the network and the White House. “Recent reporting in the New Yorker on the inappropriate relationship between President Trump, his administration and Fox News has led me to conclude that the network is not in a position to host a fair and neutral debate for our candidates,” chairman Tom Perez told the Washington Post. “Therefore, Fox News will not serve as a media partner for the 2020 Democratic primary debates.”

“The Democratic National Committee has decided to exclude Fox News Channel from televising any of its candidate debates during the 2019-2020 cycle as a result of published revelations detailing the cable network’s close ties to the Trump administration,” the Washington Post reports.

Jonathan Bernstein: “Just how weak a president has Donald Trump become? For an illustration, see a terrific Washington Post article on the foreign-policy decision-making process since John Bolton became Trump’s national security adviser. Or, rather, the absence of anything resembling a process…”

“When a weak president – or, as with Reagan, a president with significant flaws – doesn’t have a James Baker around, the administration can turn into a free-for-all, with White House staffers and executive-branch personnel pursuing their own preferences, protecting their turf, and generally disrupting the policy process. That seems to be what happened to George W. Bush in the run-up to the Iraq War; whatever his own views, he was ill-served by everyone, from Vice President Dick Cheney on down, who failed to present him with honest options and instead used bureaucratic skills to lock in the choices they wanted. Similarly, Bill Clinton and Barack Obama both suffered from foreign-policy inexperience, especially early in their presidencies, and made mistakes as a result.”

“For Trump, the problem is worse. Even if he wanted to replace Bolton, there’s only a tiny pool of people who are both qualified for the job and willing to work in this White House. Which is yet another consequence of presidential weakness: He can’t persuade many people to work for him. And if Trump is getting rolled in an area where presidents have unusually strong authority – in their capacity as commanders-in-chief – imagine how he’s faring in other policy areas.”

The U.S. posted a record-breaking $891.2 billion merchandise trade deficit in 2018, despite President Trump’s “America First” policies, the Washington Post reports. “Trump’s tariffs and tough policies have failed to shrink a trade gap that he argues represents a massive transfer of wealth from Americans to foreigners. He begins his reelection drive with a core campaign promise unfulfilled — and with a recent flurry of economic research showing that his embrace of tariffs is damaging the U.S. economy.”

“Sen. Martha McSally (R-AZ), the first female fighter pilot to fly in combat, said Wednesday that she was raped in the Air Force by a superior officer,” the AP reports. “McSally said she did not report being sexually assaulted because she did not trust the system, and she said she was ashamed and confused. McSally did not name the officer who she says raped her.”

Arizona Republic: “The personal disclosure came during a hearing of the Senate Armed Services Subcommittee on Personnel intended to prevent and better respond to sexual assaults in the military in the future. McSally has been a tireless advocate for the military, which she now wants to include a system that protects women and men who have faced sexual assault and abuse.”

Secretary of Homeland Security Kirstjen Nielsen spent several minutes during a hearing of the House Homeland Security committee on Wednesday trying to avoid an awkward situation in which she would contradict President Trump.

Sen. Bernie Sanders (I-VT) will uphold a pledge from his 2016 campaign to abstain from “personal attack ads” against his opponents, but is not ruling out the possibility of ads that draw contrasts on the basis of policy “differences,” BuzzFeed News reports.

“Another Stone website, stonecoldtruth.com, remained online Tuesday, as does stonedefensefund.com. Both of those active sites contain links for visitors to donate to his legal defense, as does Stone’s active Facebook page. However, Stone has significantly changed the language on one of his remaining legal fundraising sites, apparently to comply with the gag order.”

Bloomberg Businessweek: “Trump registered his opinion on inaugural plans big and small, from allocation of broadcasting rights to procurement of tablecloths, according to three people familiar with the planning and the transition effort who requested anonymity to describe the decision-making process… Barrack told staff that Trump wanted to know everything about the inauguration’s finances, an admonition to keep budgets in check… Trump’s interest in keeping tabs on spending was familiar to anyone who’d worked on the campaign.”

“Trump’s involvement in inaugural planning started early. He wanted to give exclusive broadcasting rights to Fox News, with on-air talent that was broadly supportive of his candidacy. But in a late November phone call with Trump, Jeff Zucker, the president of CNN, argued it would be a mistake to broadcast only to his most loyal supporters.”

Former Trump lawyer Michael Cohen has given House investigators new documents relating to his bombshell testimony last week, CNN reports. According to the network, Cohen provided documents to House Intelligence Committee investigators showing that edits were made to his prepared testimony in 2017. In the testimony, Cohen lied about the length of his involvement in the Trump Tower Moscow project.

During his marathon testimony last week before the House Oversight Committee, Cohen said that Trump attorney Jay Sekulow altered his 2017 testimony, and that the changes were reviewed by Javanka litigator Abbe Lowell. “There were several changes that were made including how we were going to handle that message, which was – the message of course being – the length of time that the Trump Tower Moscow project stayed and remained alive,” Cohen said last week.

“Most people don’t know it, but there’s another Mueller report coming,” Politico reports. “Around the same time the special counsel sends his Russia investigation findings to the Justice Department, Attorney General William Barr must give Congress an account of every instance where Robert Mueller’s supervisors told him “no” during the course of his work.”

“The reporting requirement is tucked into the department regulations that Deputy Attorney General Rod Rosenstein used when he appointed Mueller. No matter what the memo says, it’s expected to be one of the few items on a fast track for being made public that will be closely scrutinized for insights into the inner workings of the special counsel’s tight-lipped investigation.”

“The President’s crusade to grant clearances to his daughter and her husband, Jared Kushner, rankled West Wing officials.”

Washington Post: “The letter from an attorney for Michael Caputo, who worked for Trump during part of the 2016 campaign, represents the first skirmish in what is likely to be broad resistance from Trump aides and associates to new inquiries issued this week by the Judiciary Committee.”

“Caputo told The Washington Post that he has already begun talking with four other Trump associates who received requests from the committee this week to begin a joint strategy of resisting requests for testimony.”

“Specifically, by exploiting semi-random variation in Fox viewership driven by changes in the assignment of channel numbers, they find that if Fox News hadn’t existed, the Republican presidential candidate’s share of the two-party vote would have been 3.59 points lower in 2004 and 6.34 points lower in 2008. Without Fox, in other words, the GOP’s only popular vote win since the 1980s would have been reversed and the 2008 election would have been an extinction-level landslide.”

“And Fox is not the only thing out there. The Sinclair Broadcast Group is not a television network in a traditional sense. Instead, it’s a company that owns a disparate bunch of local television stations affiliated with all four major networks. But Sinclair does exert centralized control over the ‘local’ television news broadcasts.”

“Then he went dark. Aside from a few television hits and public appearances, the former Massachusetts governor has done little to suggest his primary election challenge to Trump is something the president needs to worry about.”