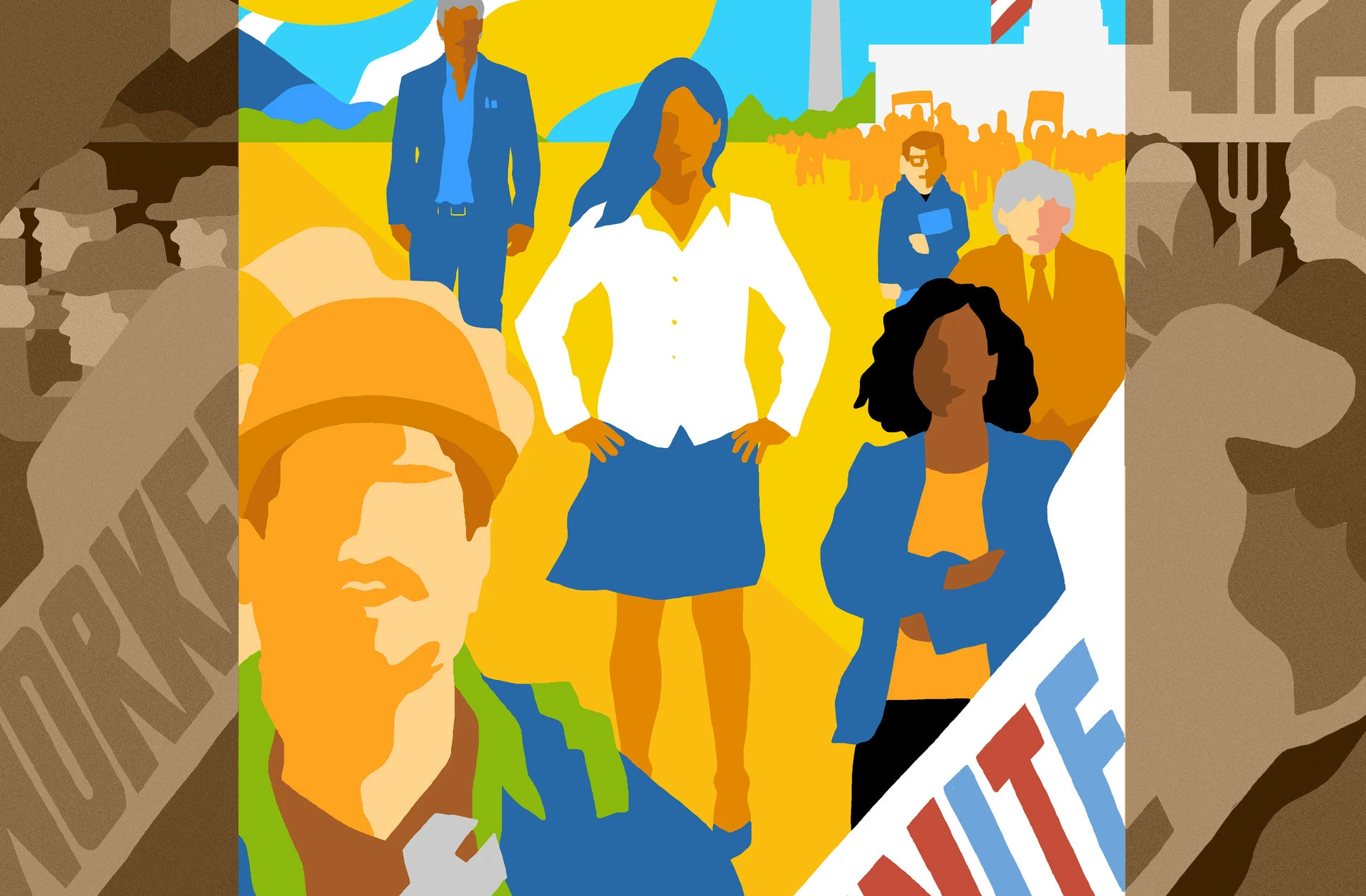 The same NBC News/Wall Street Journal poll that we highlighted yesterday has some findings that reveal why Kamala Harris and Elizabeth Warren (and pretty much everyone but Bernie Sanders and AOC) do not identify themselves as “socialists:” Just 18% of all Americans say they view the term “socialist” positively, versus 50% who see it in a negative light. The numbers for capitalism are almost the exact opposite: 50% positive, 19% negative. In fact, the poll also found that being a “socialist” is one of the least desirable characteristics in a presidential candidate.

“Socialism” and “Socialists” may not be polling well, but what some could describe as a “tenet” of socialism — income redistribution through higher taxes on the wealthy — is incredibly popular:

Other supposedly “socialist” policies — such as universal health care, retirement security and protecting the environment — are also backed by a majority of voters. But those policies are not really socialist policies. They are labeled as such by moderates and conservatives. But these are social democratic policies. More on that in a second. But they are not socialism.

Democratic socialism is just socialism as defined above with political democracy added in. Literally, socialism in a democracy rather than in an authoritarian state. But Bernie Sanders and AOC and even the Democratic Socialists of America are not advocating for stated owned control of the means of production. They are not advocating for socialist or democratic socialist policies. Here’s how Sen. Bernie Sanders, a self-declared Democratic socialist, defined it in a 2006 interview: “I think [democratic socialism] means the government has got to play a very important role in making sure that as a right of citizenship all of our people have healthcare; that as a right, all of our kids, regardless of income, have quality childcare, are able to go to college without going deeply into debt; that it means we do not allow large corporations and moneyed interests to destroy our environment; that we create a government in which it is not dominated by big money interest.” “I mean, to me, it means democracy, frankly,” Sanders added. “That’s all it means.”

What Bernie is advocating for is a more enhanced role for Government as referee and regulator, while providing social welfare services to the people, like education, healthcare, and retirement security. That is social democracy, or, as Steve Gardner, calls it, progressive capitalism; rather than socialism or democratic socialism. But he has decided to use a horrible brand, socialism, to advance those policies. Here is Gardner on the branding issue:

I am convinced that positioning a candidate as a “Democratic Socialist” is a really bad branding idea. Don’t get me wrong: I think Bernie Sanders has actually put his finger on the most critical issues facing our country. But he is giving his proposed solutions a terrible brand identity. There is shooting yourself in the foot, and then there is placing your torso directly in front of the howitzer. […] My discussion today is not about economics, it is about branding. Bernie Sanders may think that “Democratic Socialism” describes a more fair and more just economic philosophy, but as a branding platform, it is a disaster. It will repel the very people Democrats need to convince before they even consider the specific proposals being advanced.  […]

The second reason for disposing of this branding device is actually more significant: “Democratic Socialism” is a misleading description of the economic policies that we need to put in place to correct our society and our economy.  To be clear, Bernie is right about a lot of things. Despite a robust economy, we have what he would label a hyooooooge economic problem. Income equality and wealth inequality are creating a society in which the benefits of that economic vitality accrue to a smaller and smaller sliver of “haves,” and the vast majority of Americas feel very little benefit from economic growth. Rising tides no longer raise all boats.  […]

[T]he bogus theory of [and] the failure of “trickle-down economics” should not be equated with a failure of capitalism. In the 1950s, a churning engine of capitalism drove an incredible surge of economic opportunity and well-being among the very people Democrats want to help: the lower and middle classes. […] [The 50’s were] also a period of massive government spending at federal, state, and local levels, largely on the infrastructure needed for a rapidly growing society.

Government was not “socialism,” it was a vital cog in the capitalist engine that powered the economic boom. The government built the interstate highway system, which itself created jobs… but the interstate highway system enabled companies like UPS to grease the wheels of interstate commerce. Decades later, Jeff Bezos could make a zillion dollars because the government, UPS, and FedEx had already built the distribution system required for internet commerce. Oh, and that internet thing? The government built that, too. Google Arpanet and get the whole story.

And yes, back then, policies and practices were in place that fought income inequality. The disparity in wages between top management and rank and file employees was far less pronounced. Tax rates on high incomes were higher than today.

A critical final point: government has a vital role in ensuring that capitalism “plays fair.” Government breaks up monopolies, prohibits child labor, regulates commerce, and – one hopes – ensures that we do not leave an uninhabitable planet for our children. Government does not exist outside of or in opposition to capitalism. One of its most crucial roles is to make sure that capitalism works for everybody.

It is probably too late for Bernie to change his mistaken brand as a Democratic Socialist. But the rest of the party should rebrand what Bernie is advocating for as social democracy. Because that would have the benefit of being both accurate and a better brand.

Social democracy is defined as a political, social and economic ideology that supports economic and social interventions to promote social justice within the framework of a liberal democratic polity and a capitalist economy. The protocols and norms used to accomplish this involve a commitment to representative and participatory democracy; measures for income redistribution and regulation of the economy in the general interest; and welfare state provisions. Sound familiar? Social democracy, in more enhanced degrees, is what Bernie Sanders and AOC and others on the liberal left are advocating for. It is what I am advocating for.

I have called myself and the policies I support both liberal and progressive over the years. But what I really am, and what I am going to call myself from now on, is a Social Democrat.